This superbike, on BATTLAX Sport Touring T31, is simultaneously forgiving and brutal.

There are few activities more engaging than riding a motorcycle – while remaining on the ground, at least. The complete lack of insulation provides a connection with the outside world, allowing you to take in the sights, sounds, and smells of the environment around you. 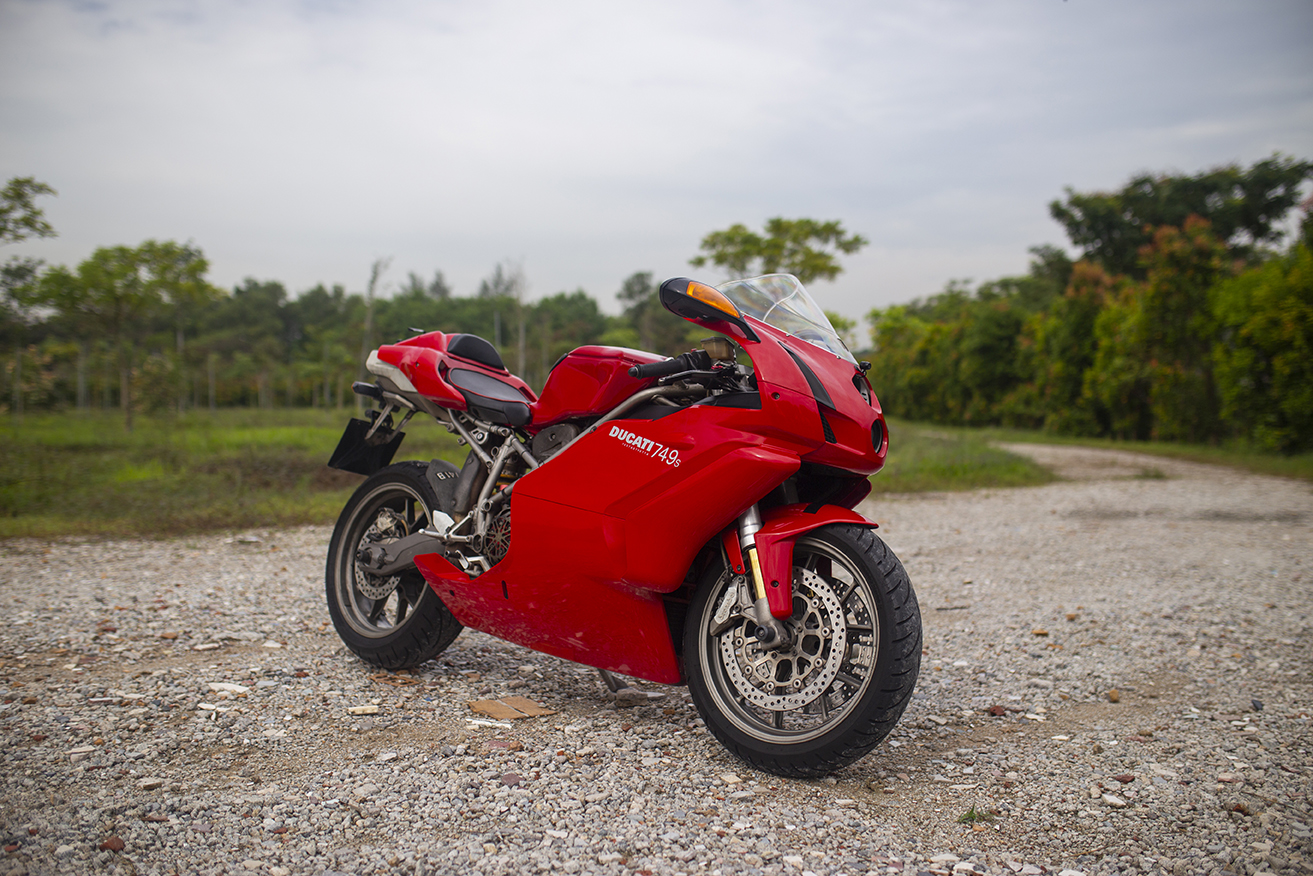 Ask any motorcyclist, and they’ll describe the experience of riding as liberating. Sitting atop a high-revving engine, and just inches away from a hot exhaust system, all the cares in the world vanish once on the move. Riding requires the rider’s full concentration and focus. Perched above the machine, their weight and movement has a direct impact on the performance and handling characteristics.

Riding also requires a certain passion; one in which you would willingly sacrifice all forms of creature comforts and be exposed to the elements in Singapore’s tropical climate, all for the thrill of interaction between man, machine, and the elements. 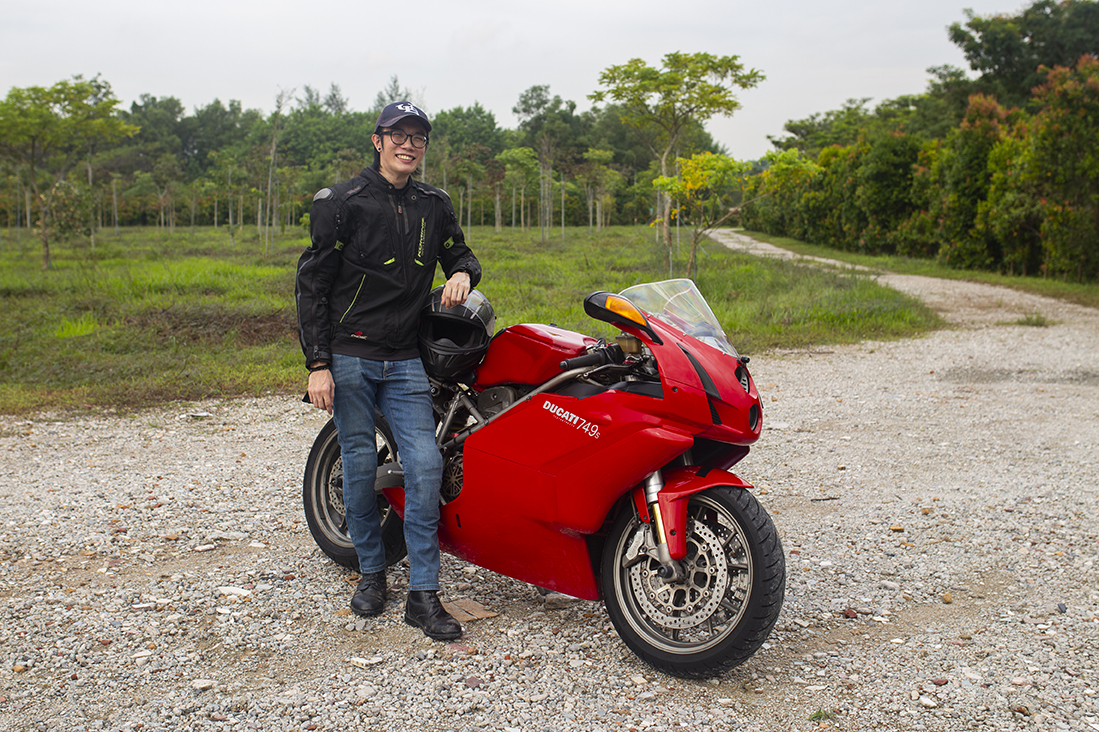 This Ducati 749S here belongs to Alex, a through and through petrolhead with a love for both two- and four-wheeled machines. Having previously owned a Honda CB400 Super Four, the Ducati was spotted on sale by a friend of Alex’s. After viewing it, a connection was drawn – Alex immediately knew he had to get it.

designed for the track, homologated for road use

Alex’s Ducati 749S is a middleweight superbike that was designed for the track, yet homologated for road use, sharing many parts with the flagship 999S. The 749S is powered by a 750cc V-twin engine, mated to a 6-speed transmission with a dry multi-plate clutch. 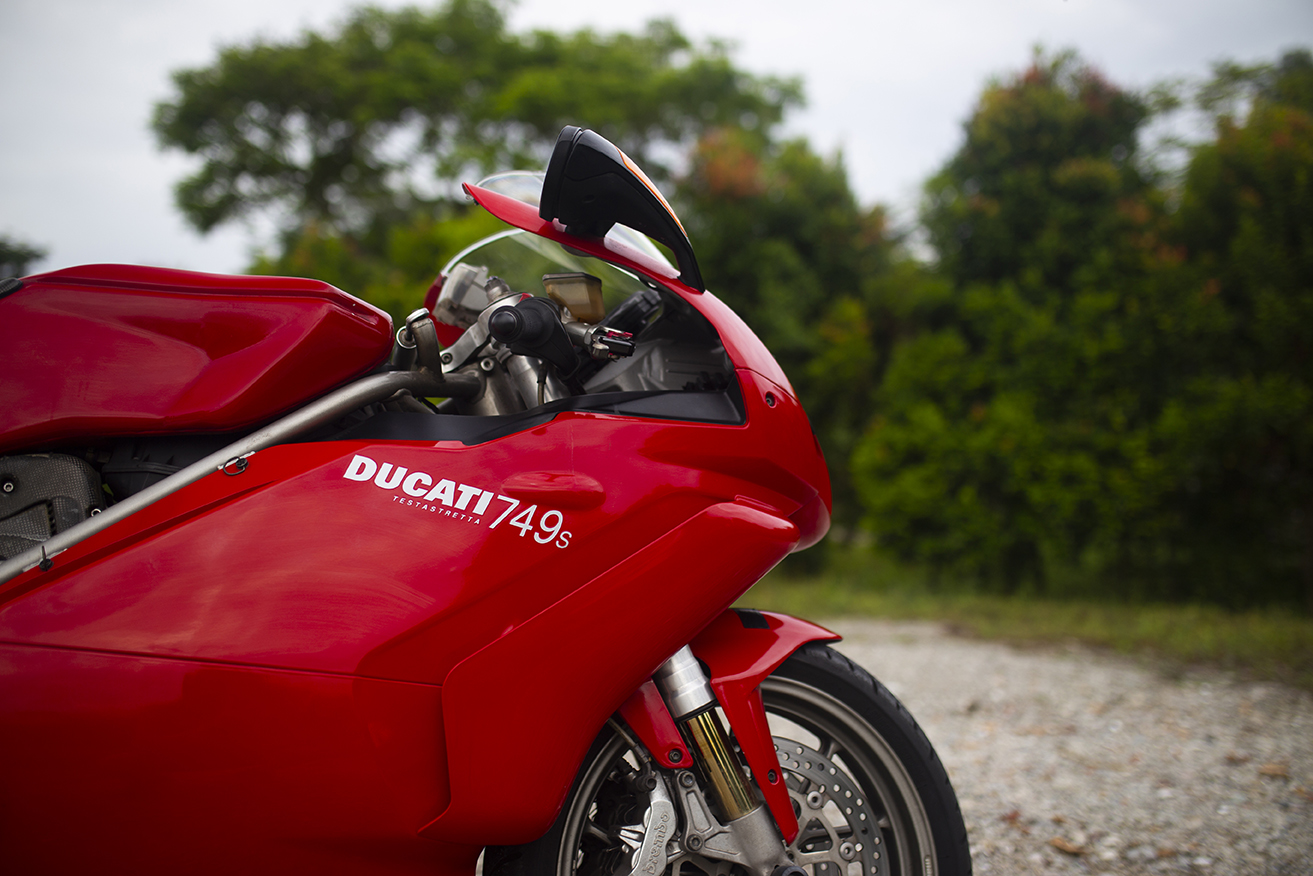 Since taking ownership of the 749S nearly 4 years ago, Alex has focused on replacing age-related wear & tear components, with the intention of keeping it as original as possible – just as the Ducati engineers intended.

Wrapped around the original wheels are BATTLAX Sport Touring T31 tyres in the 120/70ZR17 and 180/55ZR17 sizes. They were chosen for their longevity and confidence-inspiring characteristics, essential for Alex’s requirements as an everyday tyre.

Having used Bridgestone tyres amongst other European brands’, Alex loves the BATTLAX Sport Touring T31 for their all-rounded performance.

“The BATTLAX T31 provides me with confidence across all weather conditions. They also warm up pretty quick, resulting in excellent feedback!”

To fully exploit his BATTLAX tyres, Alex names South Buona Vista Road and Mount Faber as two of his go-to riding roads in Singapore. As the twistiest section of road in Singapore, Alex hits South Buona Vista Road to experience brief thrills – all within the speed limit, of course. For days when he’s feeling slightly more adventurous, the Mount Faber loop adds elevation changes to the experience. 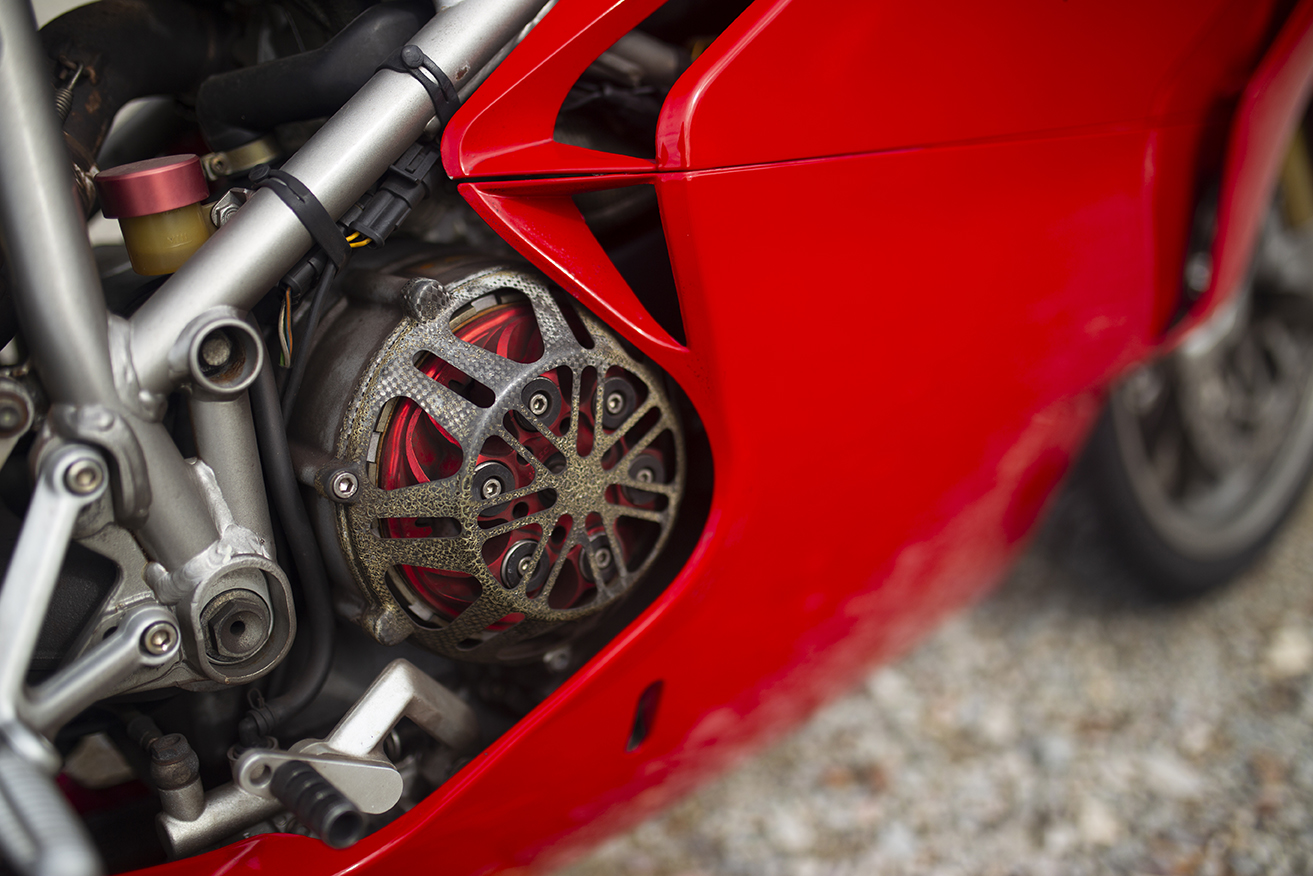 Alex recounts that thus far, his most memorable experience with the Ducati was (and still is) his first ride. Going from a 400cc inline-4 engine to a 750cc V-twin engine, there was a stark contrast between both engines’ method of power delivery. This leads Alex to describe the Ducati with words such as ‘intimidating’ and ‘exciting’ – two adjectives that typically aren’t used in the same sentence, yet have a rather positive connotation in this instance. 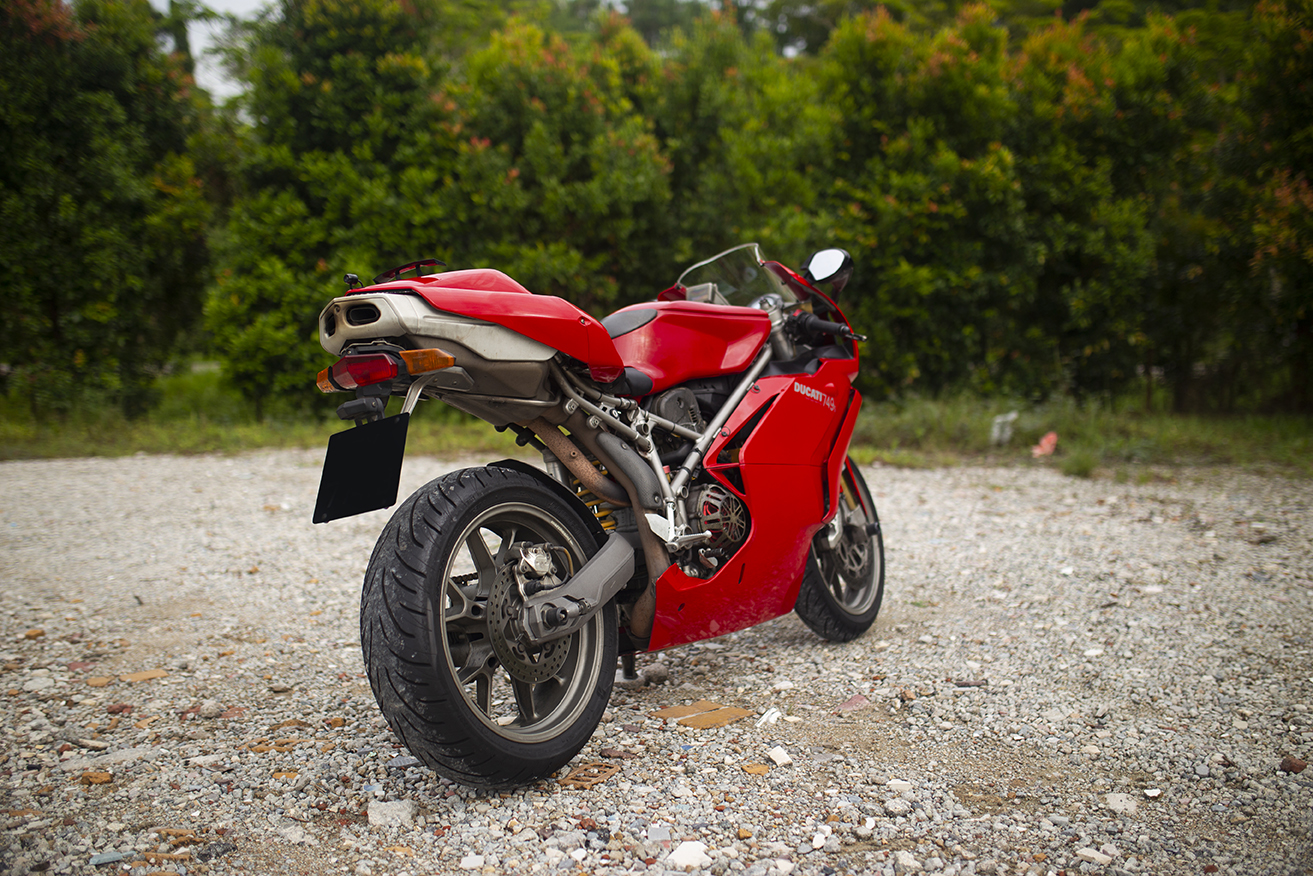 Parked amongst other more common motorcycles, Ducati motorcycles tend to stand out due to their powerful and muscular design. Certainly, it helps that Ducati is one of the best-known and most successful brands in the motorcycle industry thanks to their success in racing series’ such as MotoGP and the Superbike World Championship. 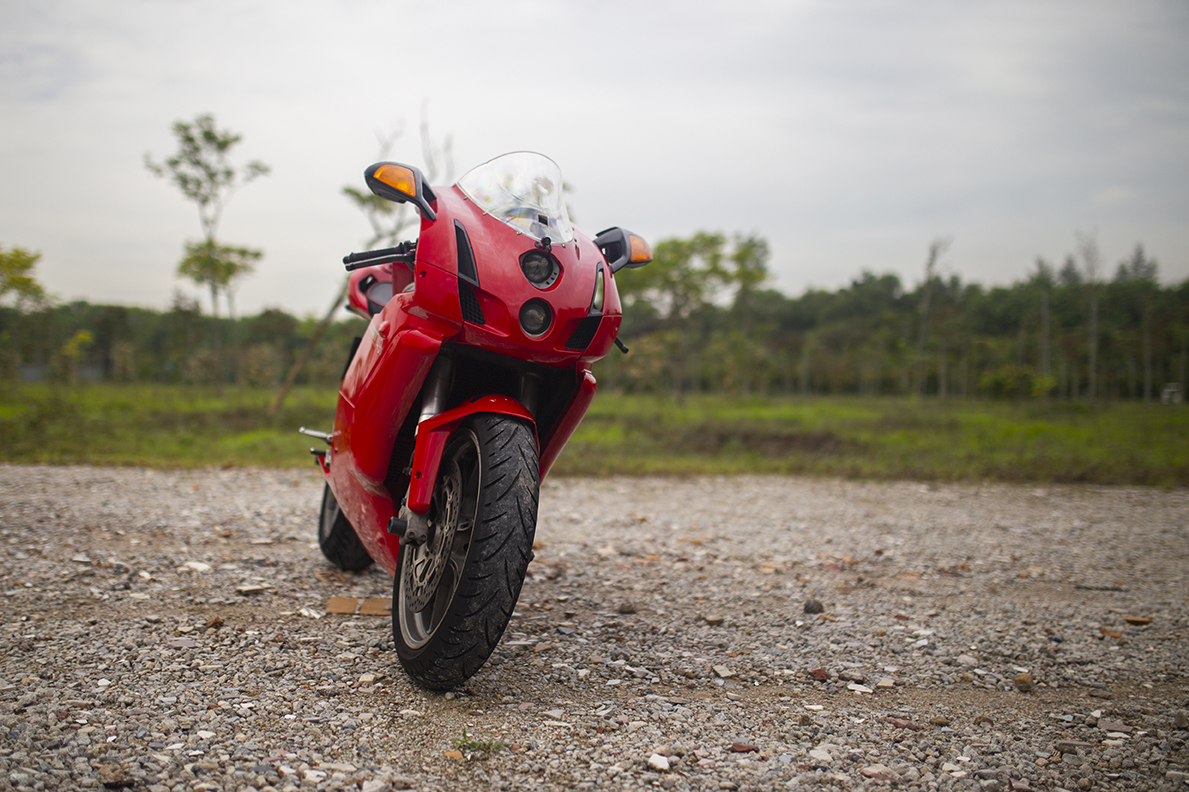 Among Ducatis, however, the 749 and its more powerful sibling, the 999, sport a distinctly different and unique look. Both feature an exposed dry clutch and dual stacked circular headlights, with the latter drawing polarising opinions from both the general public and Ducati faithful alike. These characteristics endeared the 749S to Alex, who loves the way it looks and how it turns heads on the road. 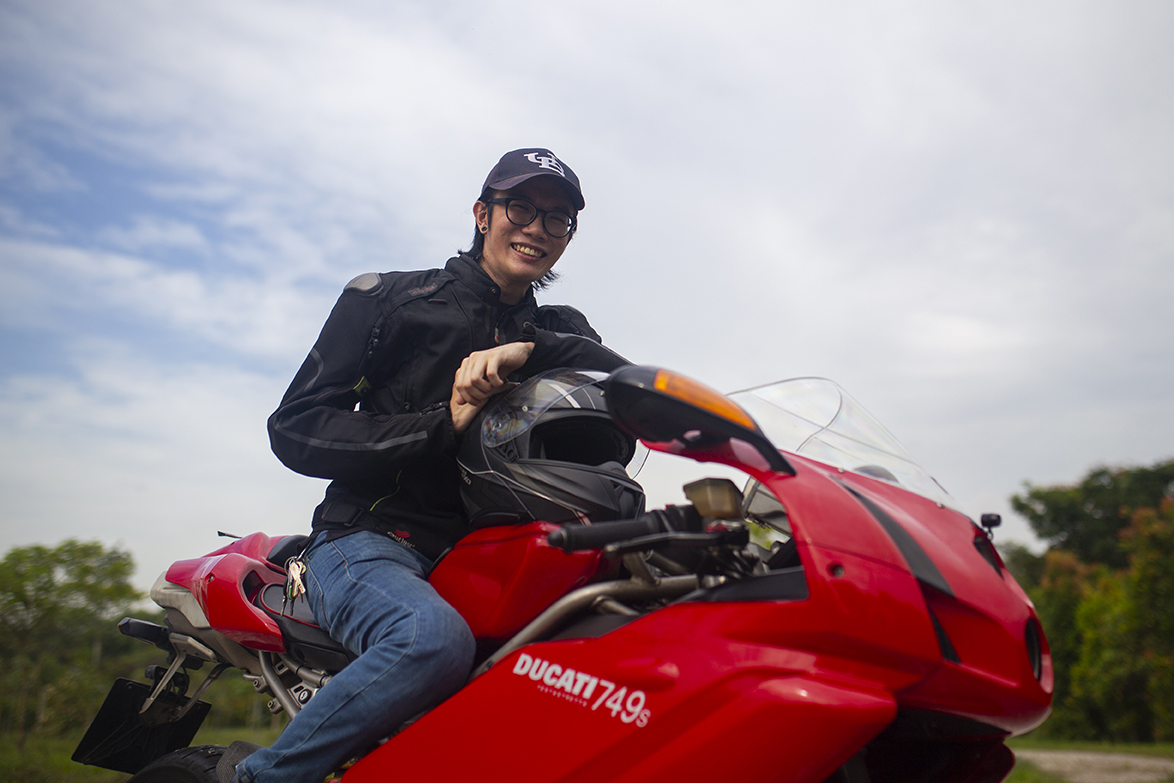 With a smaller motorcycle serving daily duty, Alex tucks the Ducati away for special rides on weekends, as well as for road trips up North when the border finally reopens. So special it is to him, that he intends to retain ownership for as long as he viably can – and ideally, remain in his garage for life.