This roomy Kia crossover was a two-year long goal

For anyone in the market for a family-friendly vehicle, it’s quite likely that they gravitate toward a CUV or SUV. With a typically large interior, a high and commanding seating position, you’ll find it rather unsurprising that SUVs made up nearly a quarter of all new car registrations in Singapore year on year. 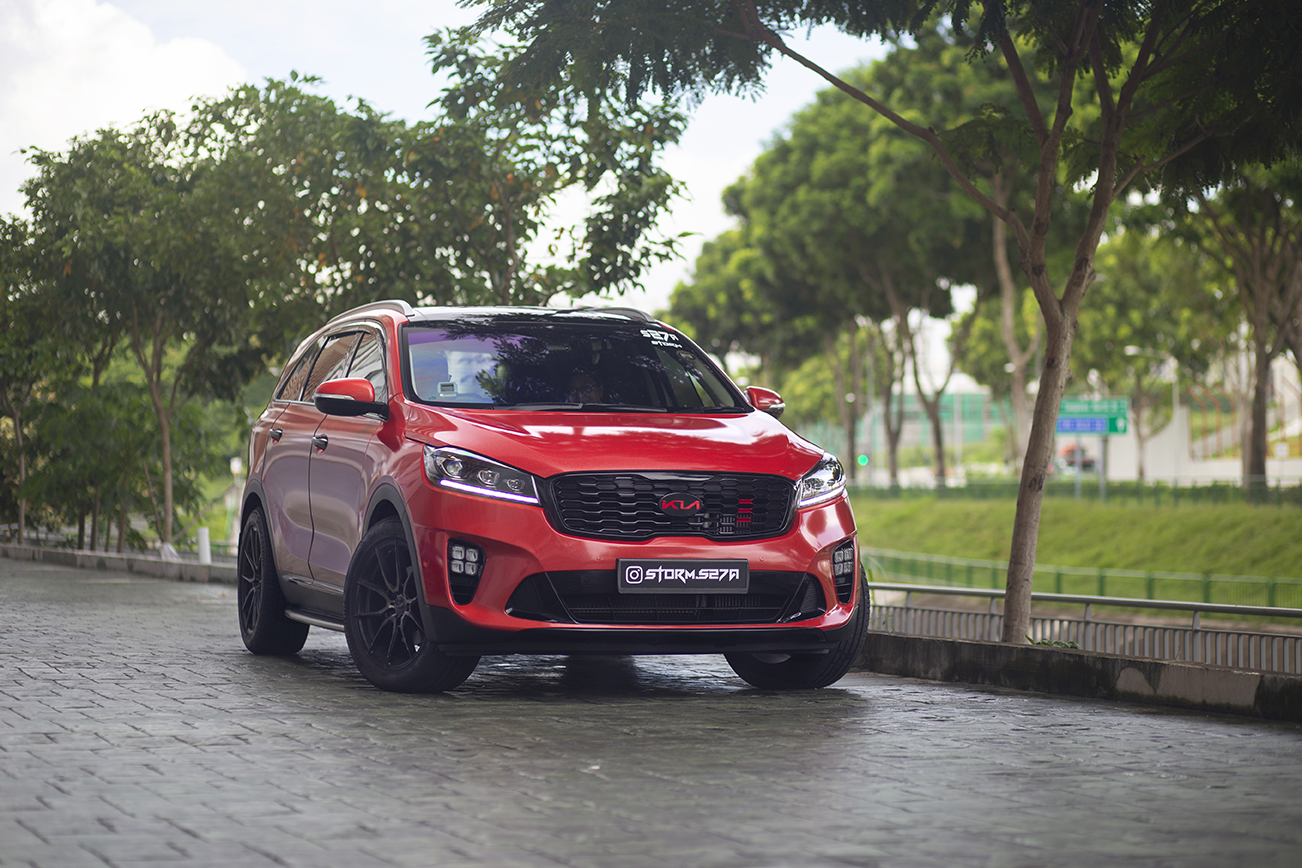 Since the introduction of the first-generation Sorento way back in 2002, the model has made leaps and bounds in not just quality, but also in brand perception. Handsomely styled, well-equipped, and with space for seven, the Sorento has been steadily climbing up the ladder to be now positioned as a premium SUV. 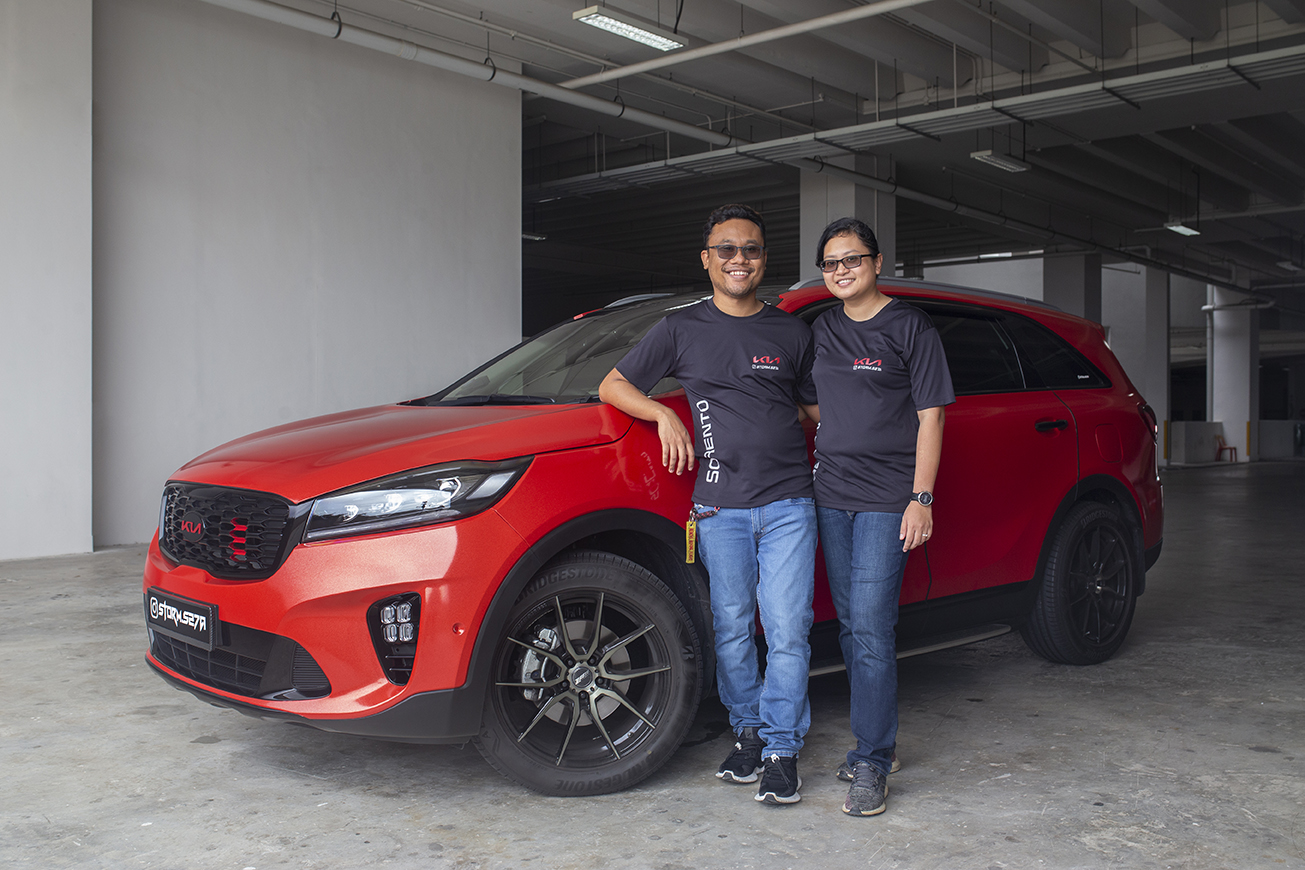 This Kia Sorento here belongs to Sazri, an auditor, and his wife Aini. Both hardcore Kia fans, the Sorento is their fourth Kia to date – with it all beginning in 2010 with a Cerato Forte sedan. First laying eyes on the then-newly facelifted Sorento, they fell head over heels in love with everything it offered, from the sharp styling to the punchy turbodiesel engine. 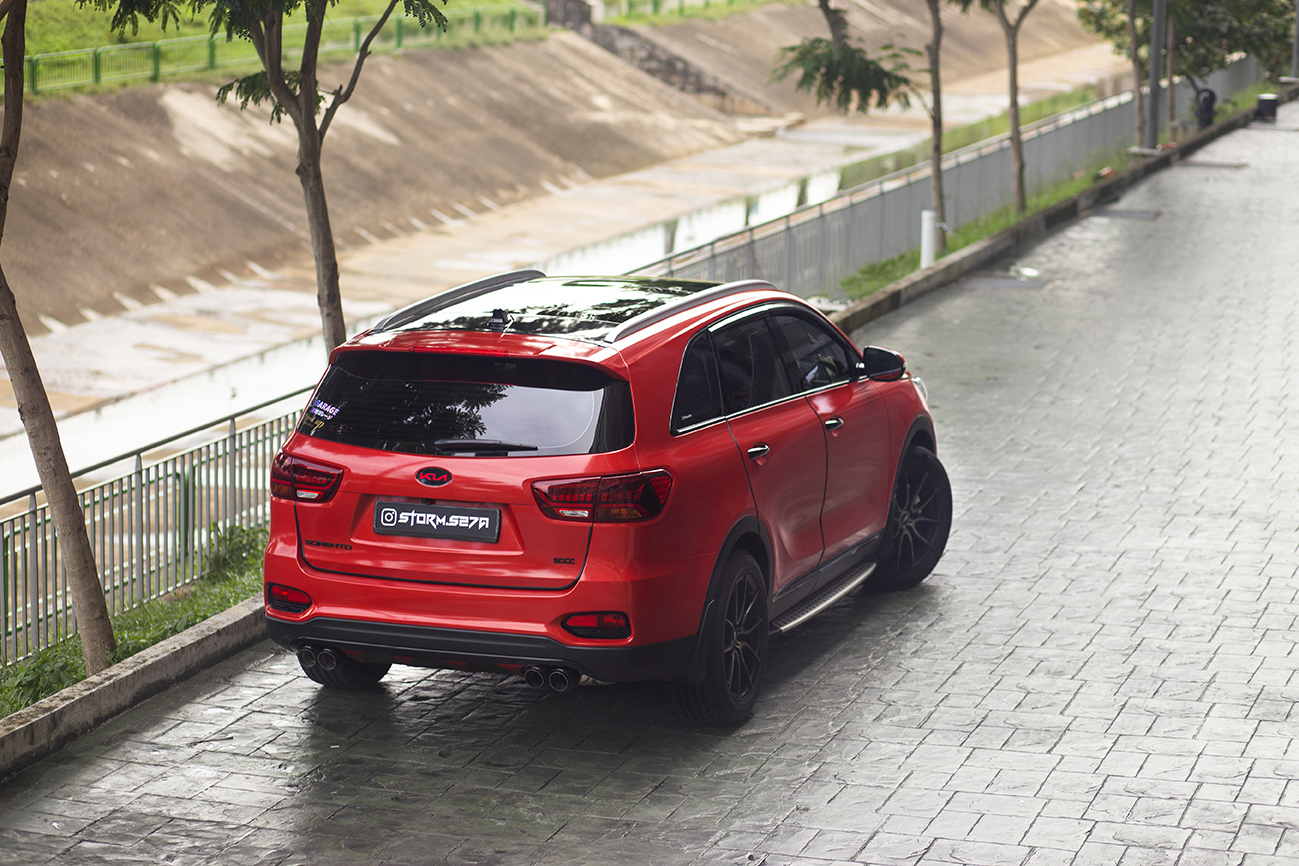 Sazri and Aini’s Kia Sorento is the third generation of the Korean manufacturer’s flagship SUV, internally known by the ‘UM’ chassis code. With petrol and diesel variants available in Singapore, they’ve has opted for the diesel variant, which is powered by a 2.2-litre CRDi turbodiesel engine mated to an 8-speed automatic transmission.

Having made the decision to trade up to the Sorento from their Japanese MPV, their purchase was concluded and the car was delivered just earlier this year, at the end of March. As luck would have it, however, Singapore then entered the Circuit Breaker period barely a week later, in the first week of April. 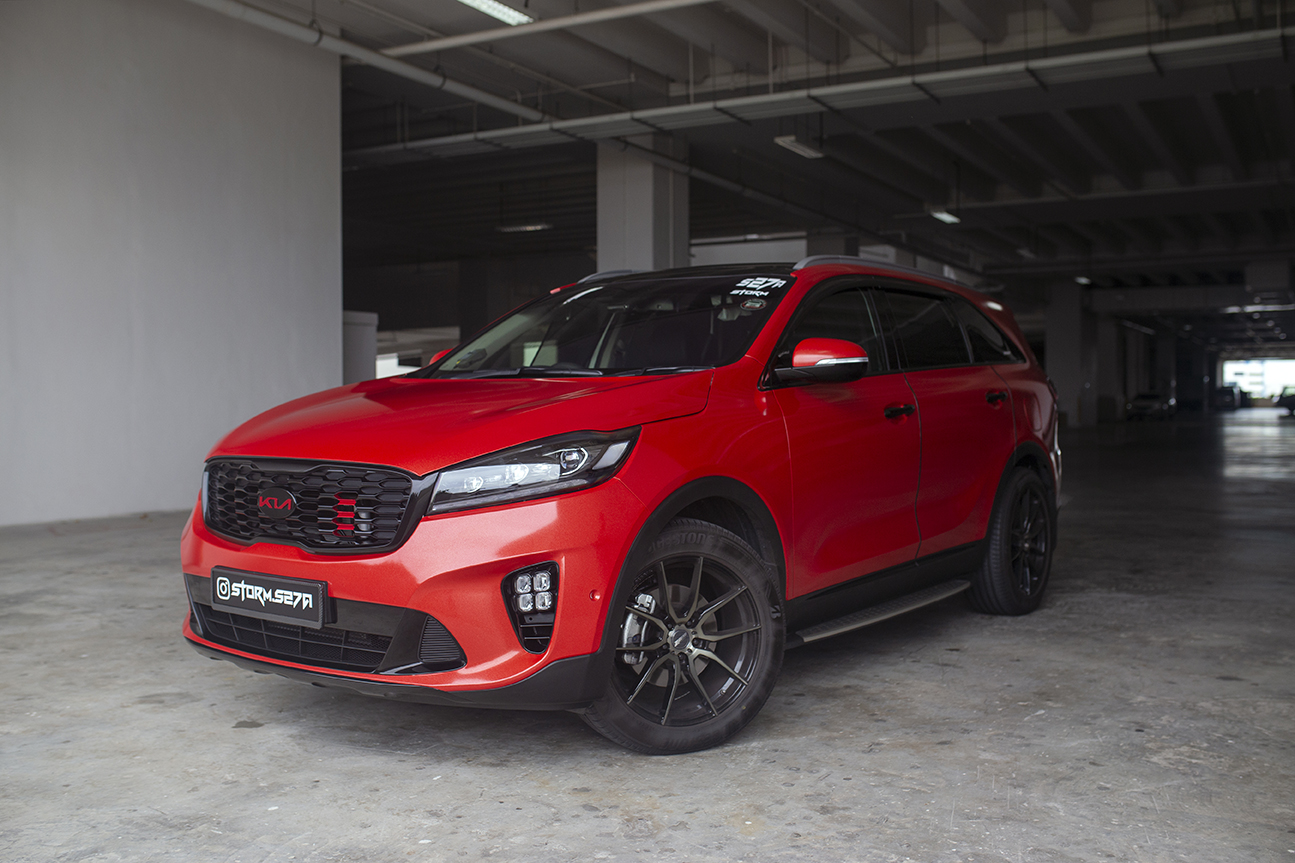 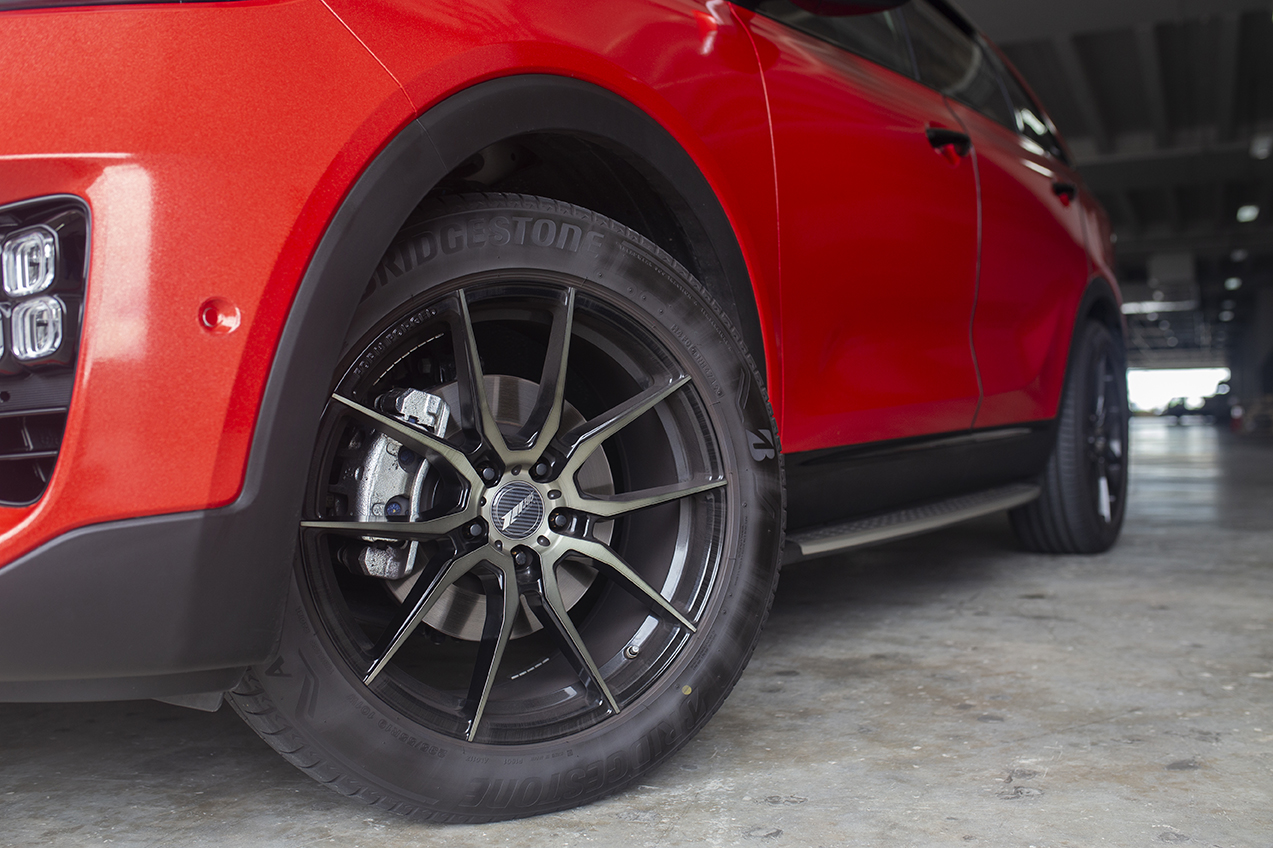 Despite the setback, that hasn’t stopped Sazri from adding numerous aesthetic modifications to the family hauler. The first to go were the factory fitted wheels and tyres, replaced with this set of 19-inch wheels from American manufacturer 305Forged.

Designed for power and pleasure

Finding that the Korean-brand tyres that came shod from the factory didn’t cut it in the comfort aspect, Sazri sought the Sorento Owners’ Group’s advice for tyre replacements. Hearing positive feedback for the ALENZA from numerous fellow owners, the decision was then made to have a set of Bridgestone ALENZA 001 tyres fitted, in the 235/55 R19 size.

True to the recommendations of his fellow Sorento-owning friends, he’s had a great experience with the ALENZA tyres in his short time with them.

“The ALENZA 001 suits Singapore’s road conditions perfectly! They’re a lot quieter than my stock tyres, and dry grip is pretty impressive too.” 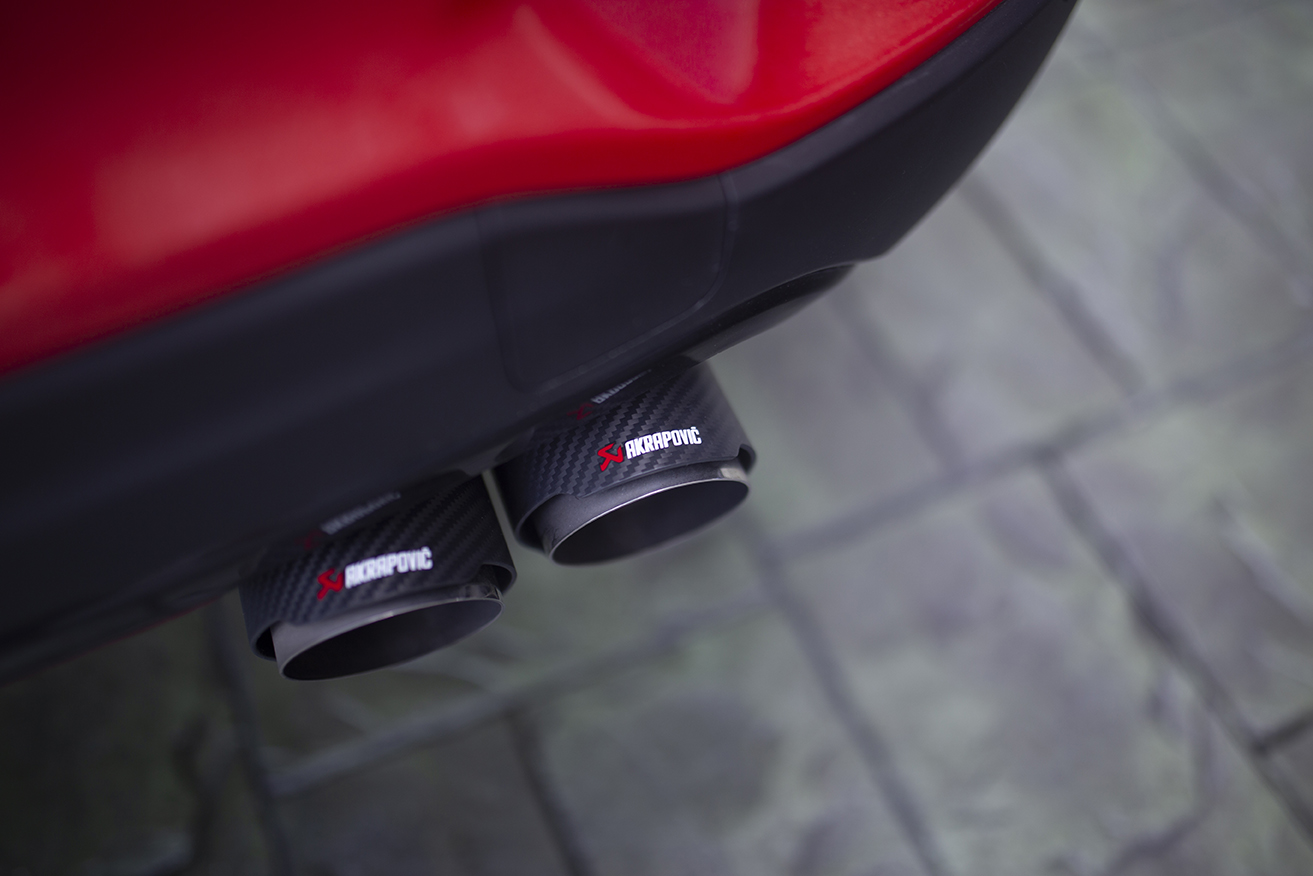 As a family hauler, Sazri focused mainly on making the car look better, and customising it to his liking. A vinyl wrap was applied over the original white paintwork, in an unmistakable shade of bright lava orange. Additionally, a set of four stylish exhaust tips now adorn the rear end, complementing the Sorento’s muscular styling perfectly. 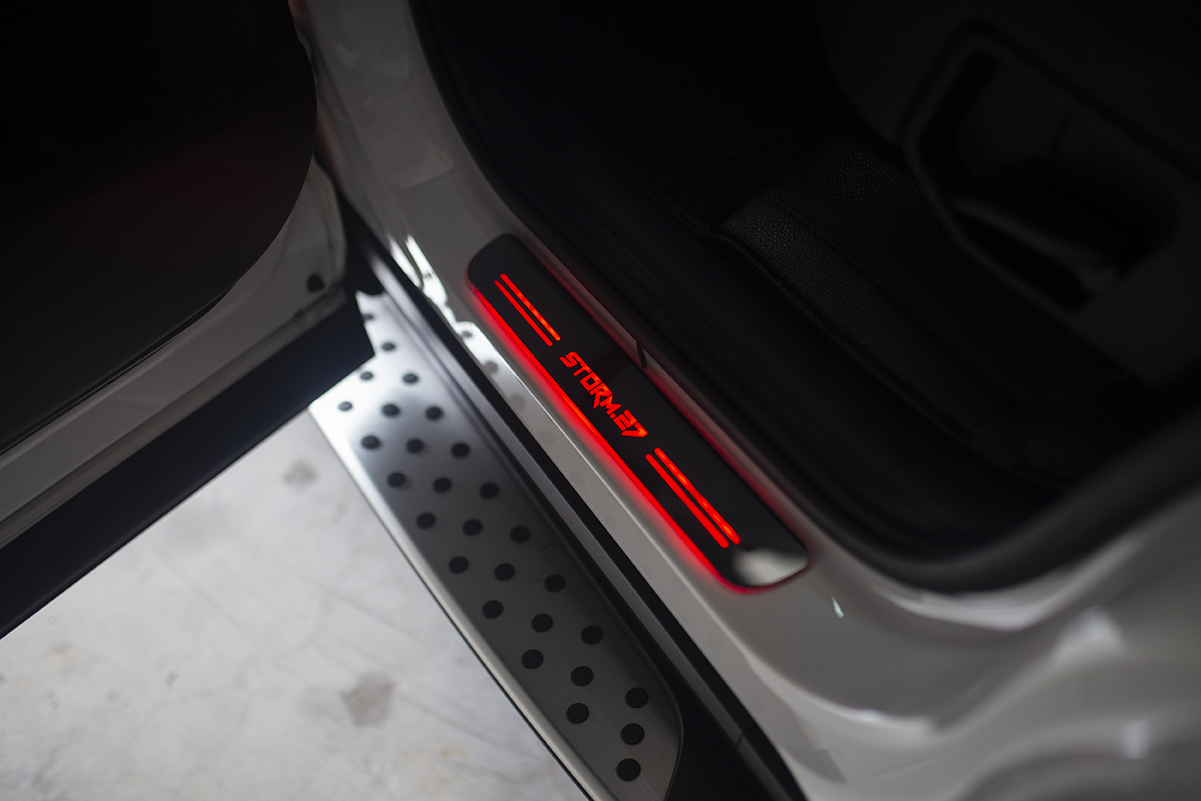 Inside, illuminated door sill plates on all four doors greet passengers as they enter. What makes it truly unique, however, is the customised faceplate that’s been emblazoned with the car’s nickname and Instagram handle. 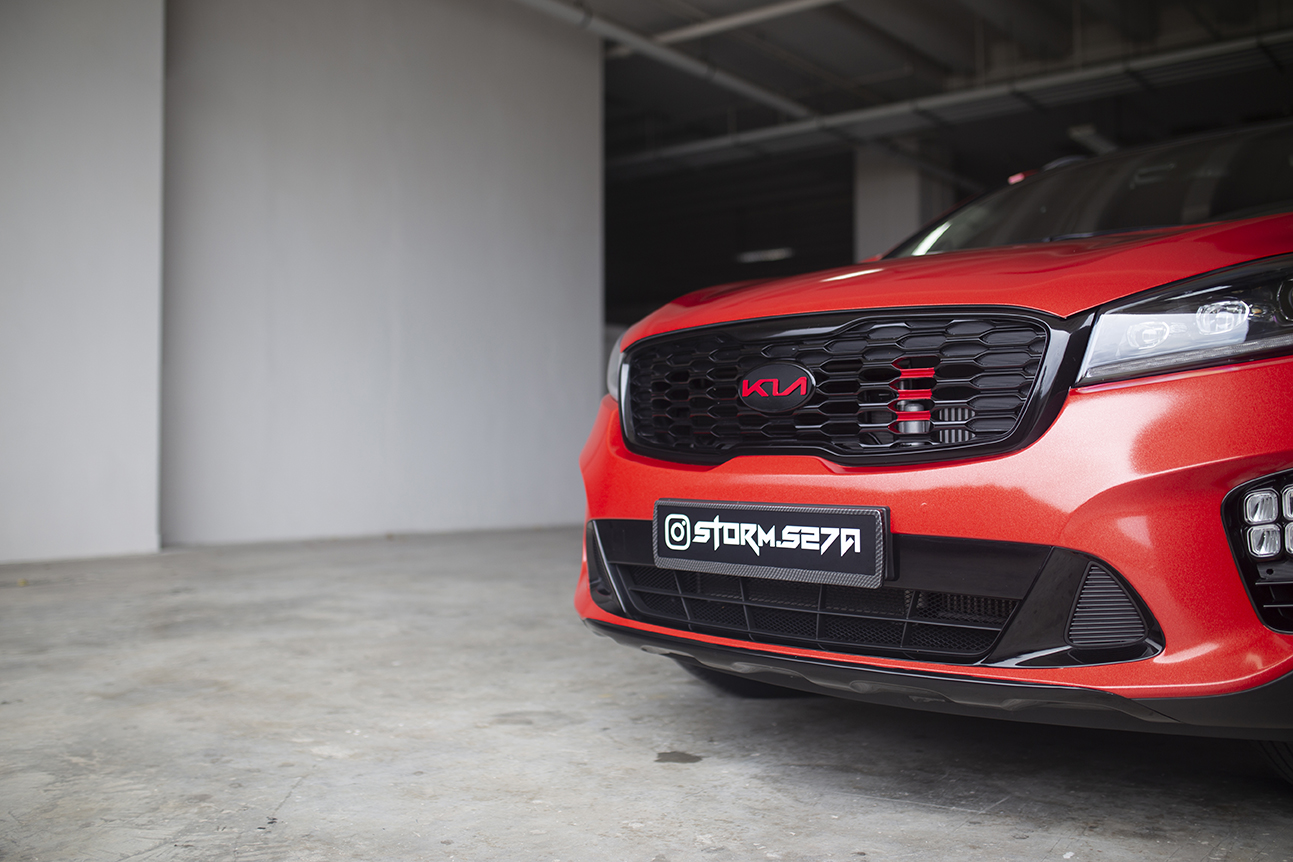 On the performance front, just one modification has been done in the engine bay – a HKS air intake, which allows the torquey turbodiesel engine to breathe better. As an added benefit, the Sorento now makes a racy induction noise whenever the go-pedal is trodden on!

they’re not individuals to be deterred by this small setback

Both avid roadtrippers, Sazri and Aini have great plans for their Sorento. Initially intending to make their maiden trip across the Thai border in August, their plans have unfortunately been disrupted by the COVID-19 pandemic. However, they’re not individuals to be deterred by this small setback – plans have been made for the trip to commence once the borders reopen. 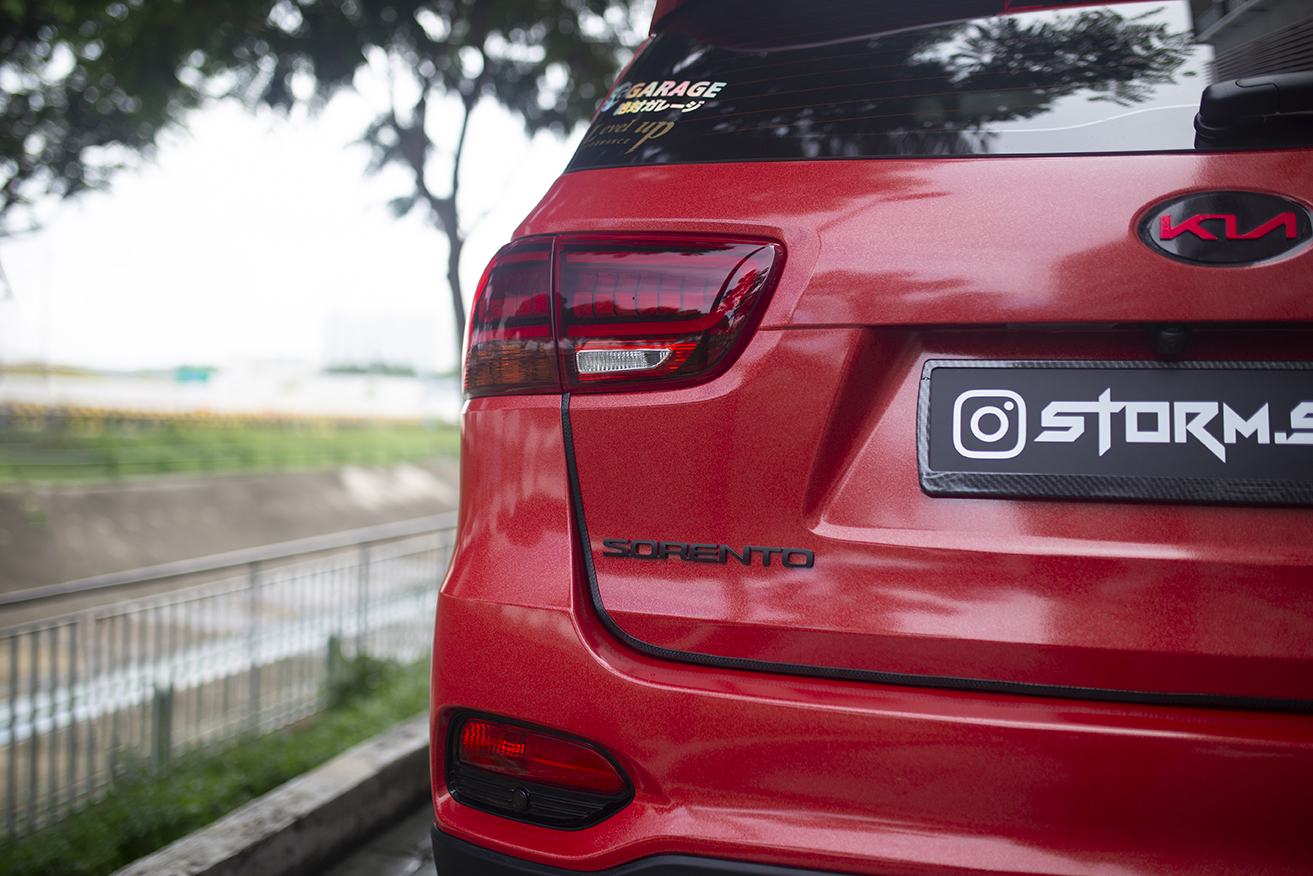 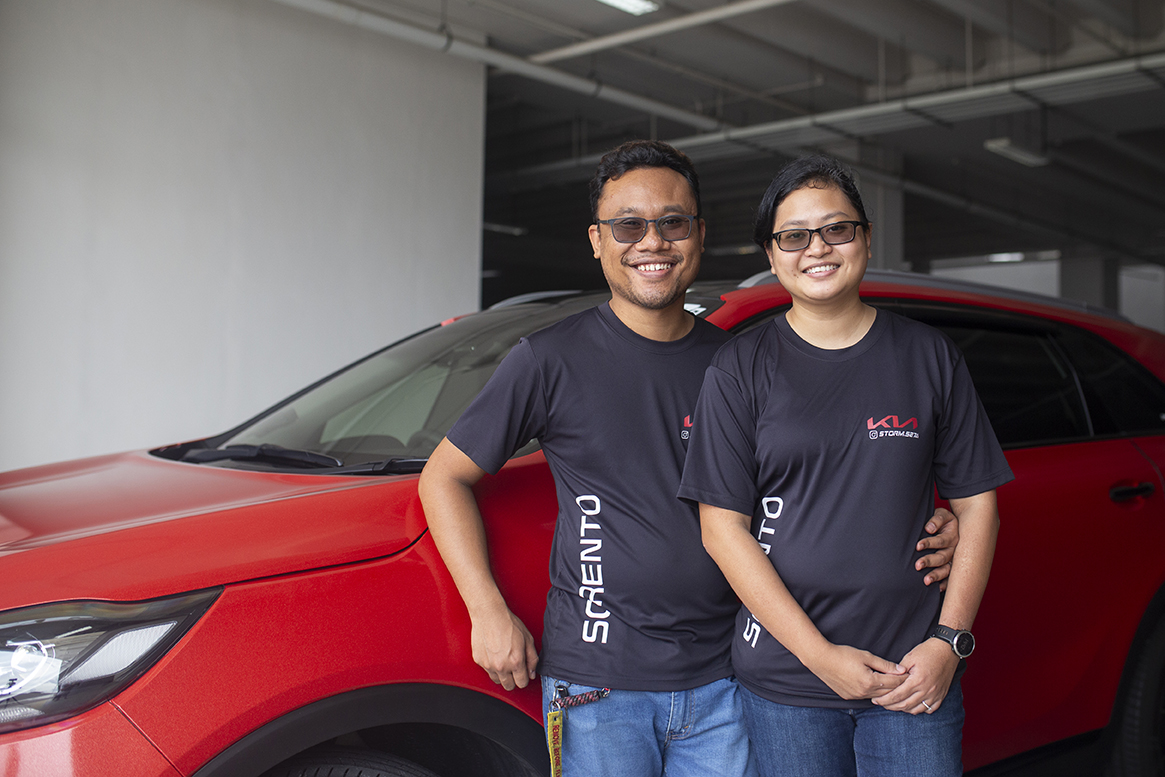 Put rather succinctly by Sazri, who quipped that they “bought this car for roadtrips,” their Sorento is expected to make journeys across the length of the North-South Expressway at least four times a year. They’ve thus chosen to invest in making these journeys as comfortable as possible for their infant son – who looks set to explore the entire Malay Peninsula before entering primary school!

"A recommended go-to place for tyre changes and servicing. An experienced mechanic with affordable prices."

This versatile Japanese crossover on POTENZA S007A, serves up utility with a splash of style.