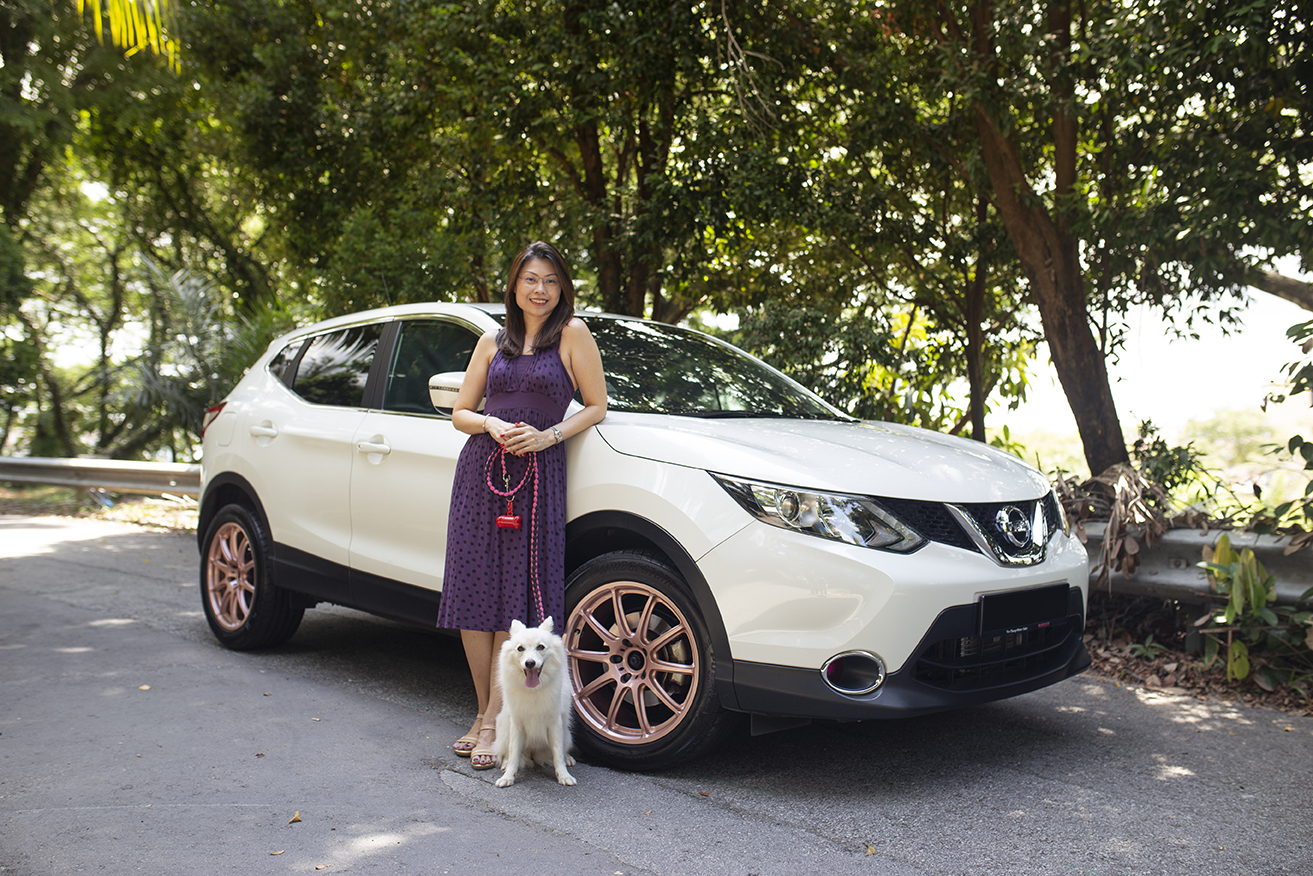 Take a glance at any street in Singapore, and it immediately becomes apparent that Singaporean drivers love their crossovers. Dig deeper into the data provided by Singapore’s Land Transport Authority (LTA), and you’ll find that SUVs were the second-most popular body style, making up nearly a quarter of all new car registrations year on year.

Why a crossover, you might ask? Perhaps it’s the additional cabin space that a crossover affords, or it could also be due to the high seating position that allows one to look further ahead when stuck in traffic.

Whatever the reason, car manufacturers are well aware of this rising trend amongst car buyers, thus modifying their new car offerings accordingly. The rugged looks of most crossovers typically belie a softer, more road-biased drivetrain, which is perfectly suitable for most drivers in Singapore. 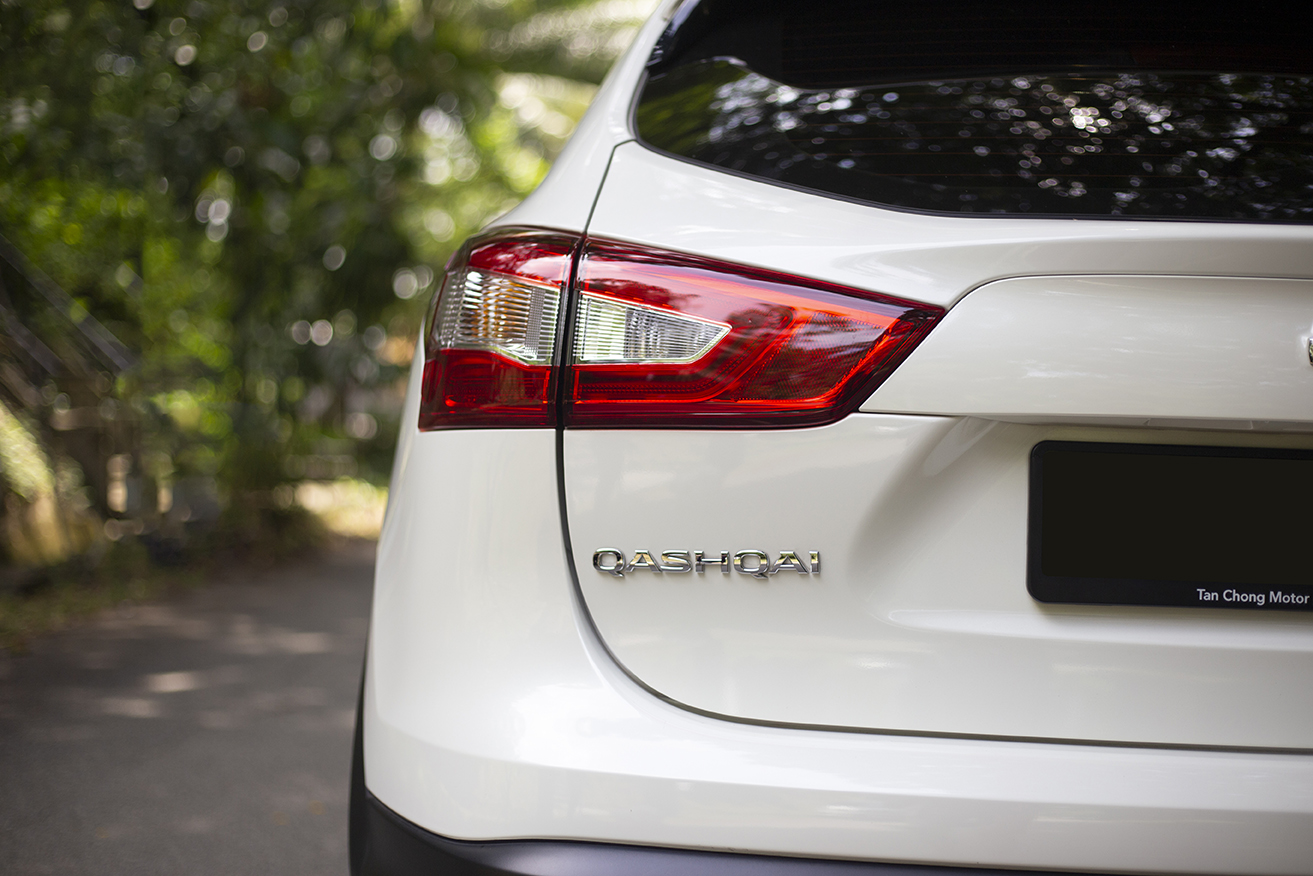 With our perfectly paved roads and well-lit streets, car buyers prefer car-like handling characteristics with a SUV-like appearance. This very concept was the exact idea Nissan had when designing the Qashqai over ten years ago, pioneering the crossover segment as the automotive industry and car-buying consumers know it today.

Based on a similar platform to the popular Nissan Sunny, it mixed the practicality and desirability of an SUV with the size, efficiency and dynamic performance of a compact hatchback, propelling it to be Nissan’s bestseller just shortly after it was launched. 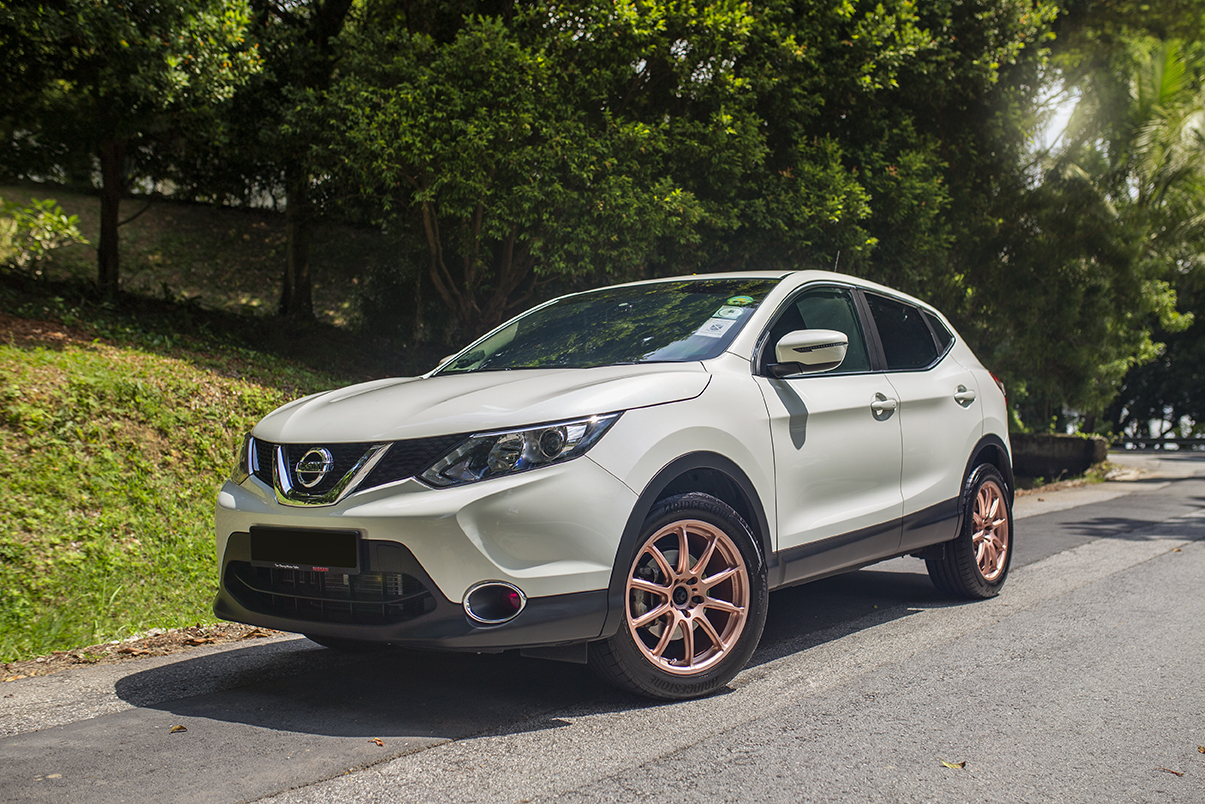 This Nissan Qashqai here belongs to Amy, a mother of two and a caregiver to Fluffy the Japanese Spitz. As a business owner, mother, and pet owner, Amy sought a car that could fit her family and all their belongings – yet be stylish and reliable.

Amy’s Nissan Qashqai is the second generation of the Japanese automaker’s best selling compact crossover, colloquially known as the ‘J11’ in reference to its chassis designation. The Qashqai is powered by a new 1.2-litre ‘DIG-T’ turbocharged engine designed to lower emissions, which is mated to a continuously variable transmission (CVT). 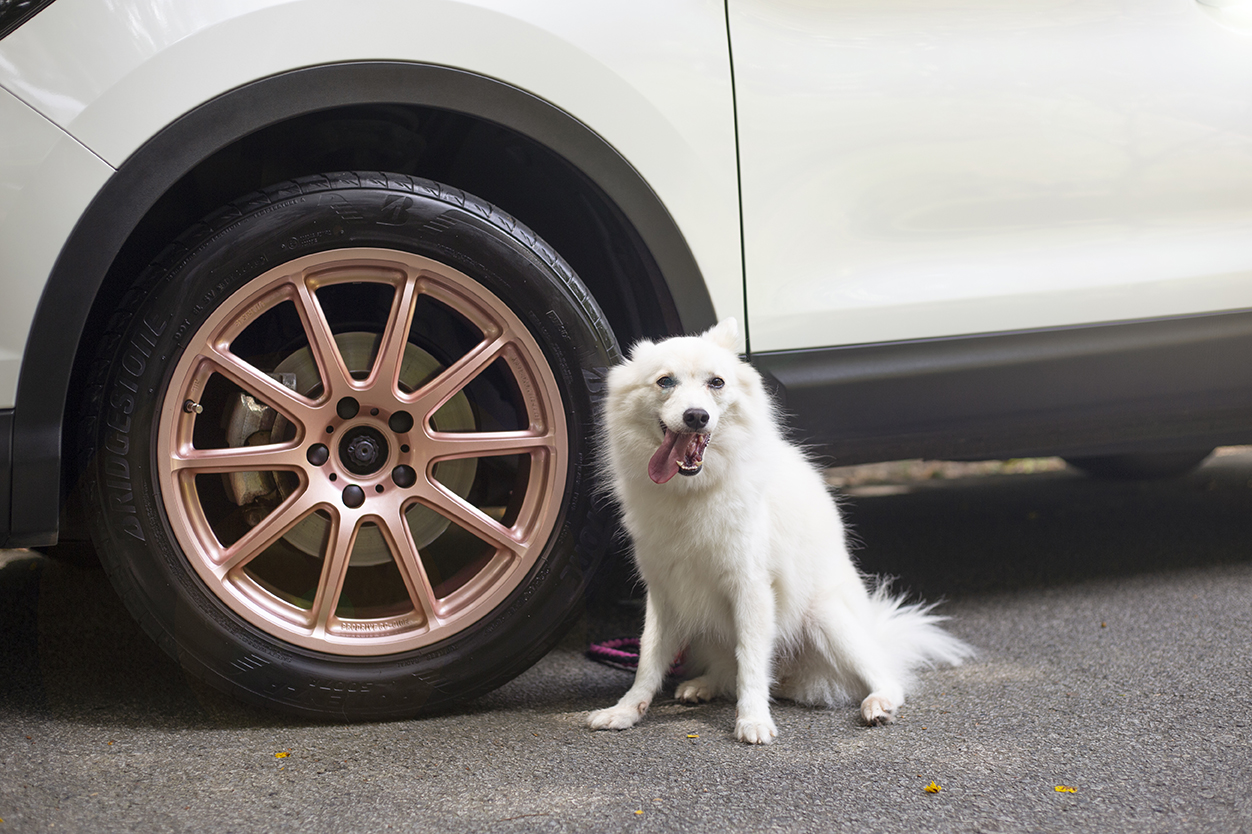 A firm believer that cars should be enjoyed in its original form, Amy has done only one modification to her car to personalise it. The original 17-inch wheels have been replaced with a set of wheels an inch larger – Prodrive GC-010Es refinished with a custom rose gold paintjob.

She took the chance to upgrade her tyres at the same time at the recommendation of her brother, who is a big fan of Bridgestone tyres. A set of Bridgestone POTENZA S007A tyres in the 235/50 R18 size were sourced and mounted on her new wheels prior to installation.


"THE POTENZA TYRES OFFER GOOD GRIP ON THE ROAD REGARDLESS OF ROAD CONDITION, AND ARE ALSO PLEASANTLY QUIET"

Amy fitted these tyres on with complete trust in her brother, only knowing that it was Bridgestone’s flagship model. After using them, however, she was admittedly pleasantly surprised. “Even with a normal driver like me at the wheel, the POTENZA tyres offer good grip on the road regardless of road condition, and are also pleasantly quiet which is a high priority for a family car.” 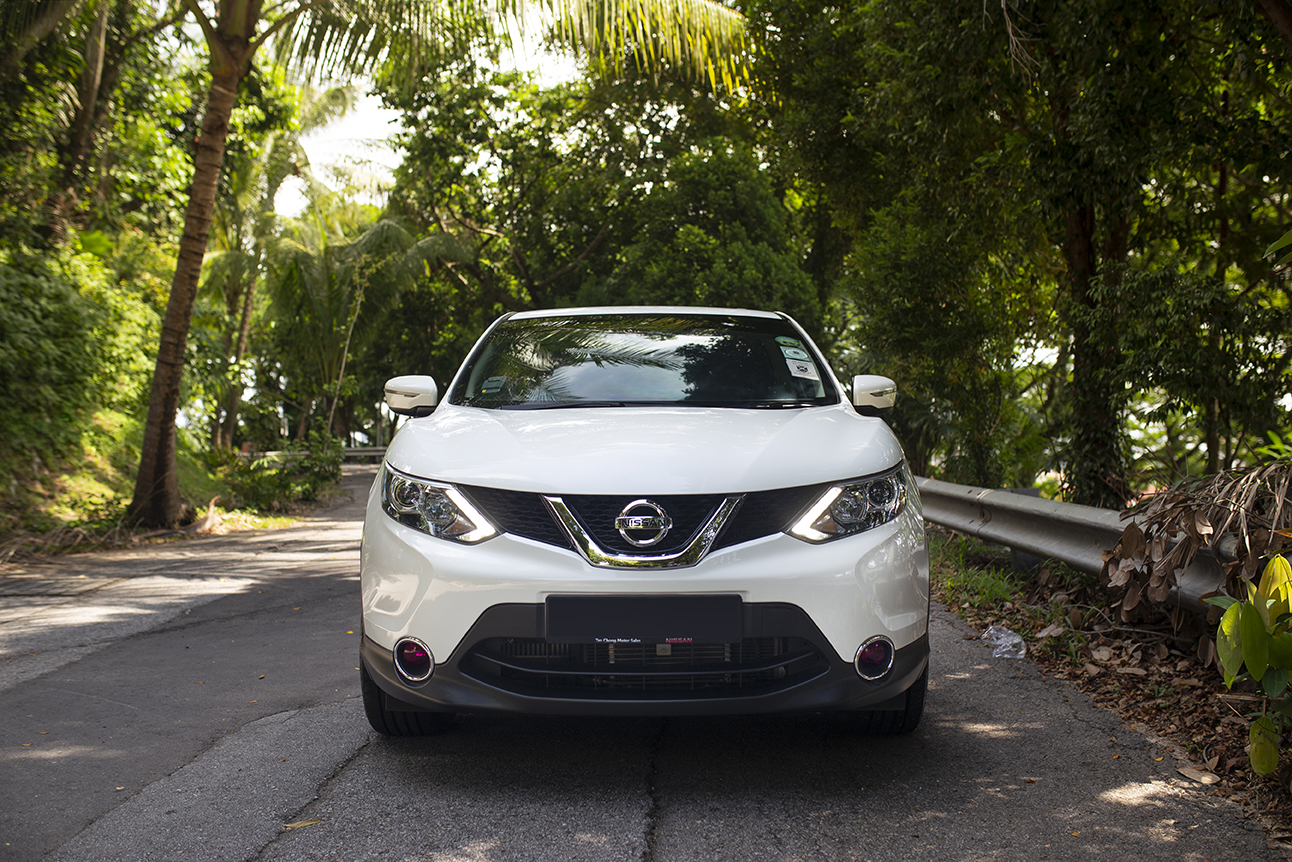 The Qashqai serves primary duty as Mum’s Taxi, travelling over 50 kilometres a day to ensure that Amy’s children get to school and extracurricular activities safely and on time. Rain or shine, she makes it a point to personally drop both her children off at school each day, providing both mother and children precious bonding time during their formative years. 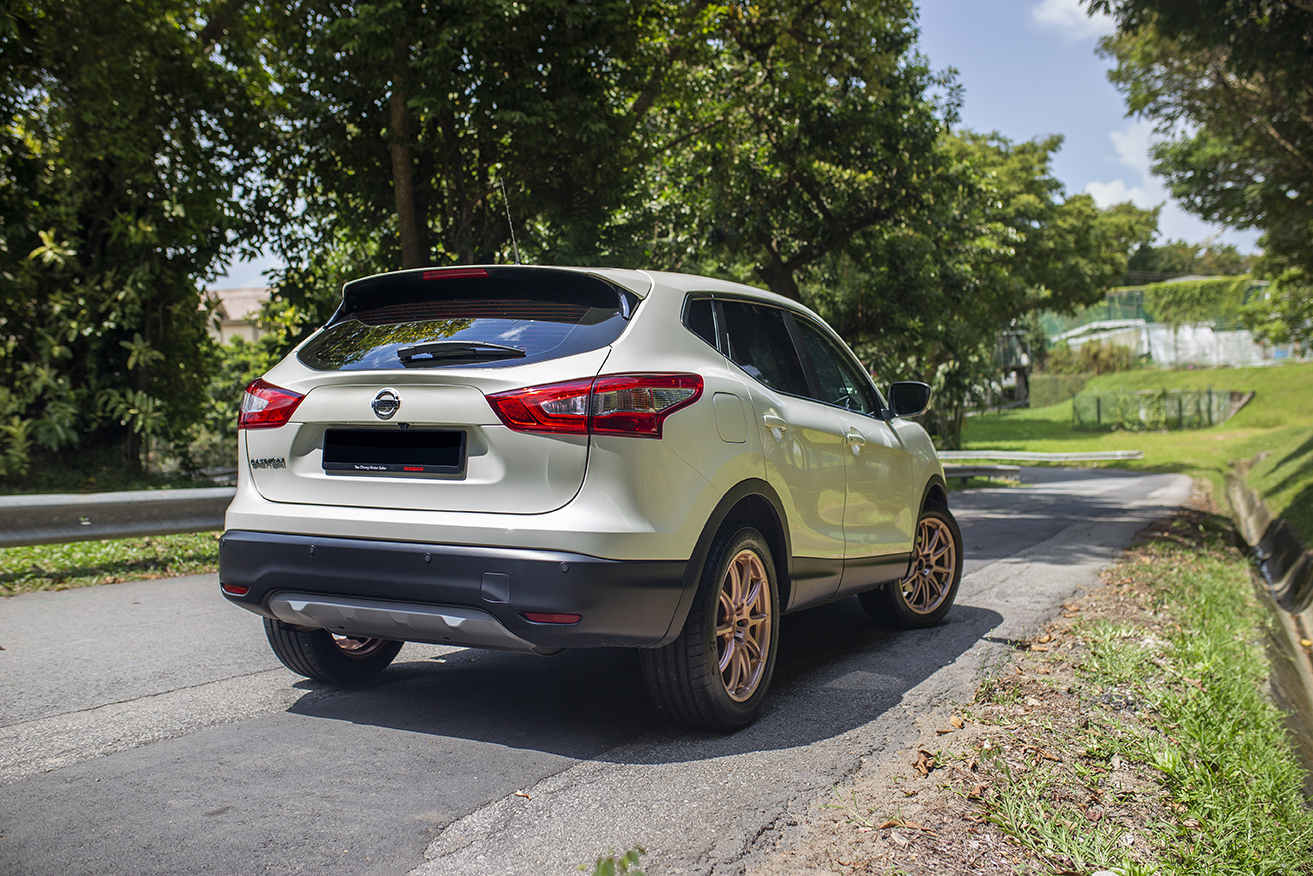 On the weekends, Mum’s Taxi also becomes a pet taxi as the family dog, Fluffy, gets shuttled to the dog park or to the groomers’. The Qashqai’s spacious boot area lets Fluffy have some space to wander about during the journey, while receiving pats and chin scratches from the kids.

A COMBINATION OF UTILITY AND RELIABILITY

There’s nothing better than a combination of utility and reliability, with the added bonus of a splash of style. With the Qashqai ticking all of the above boxes, Amy has plans to keep her trusty crossover for as long as she can. 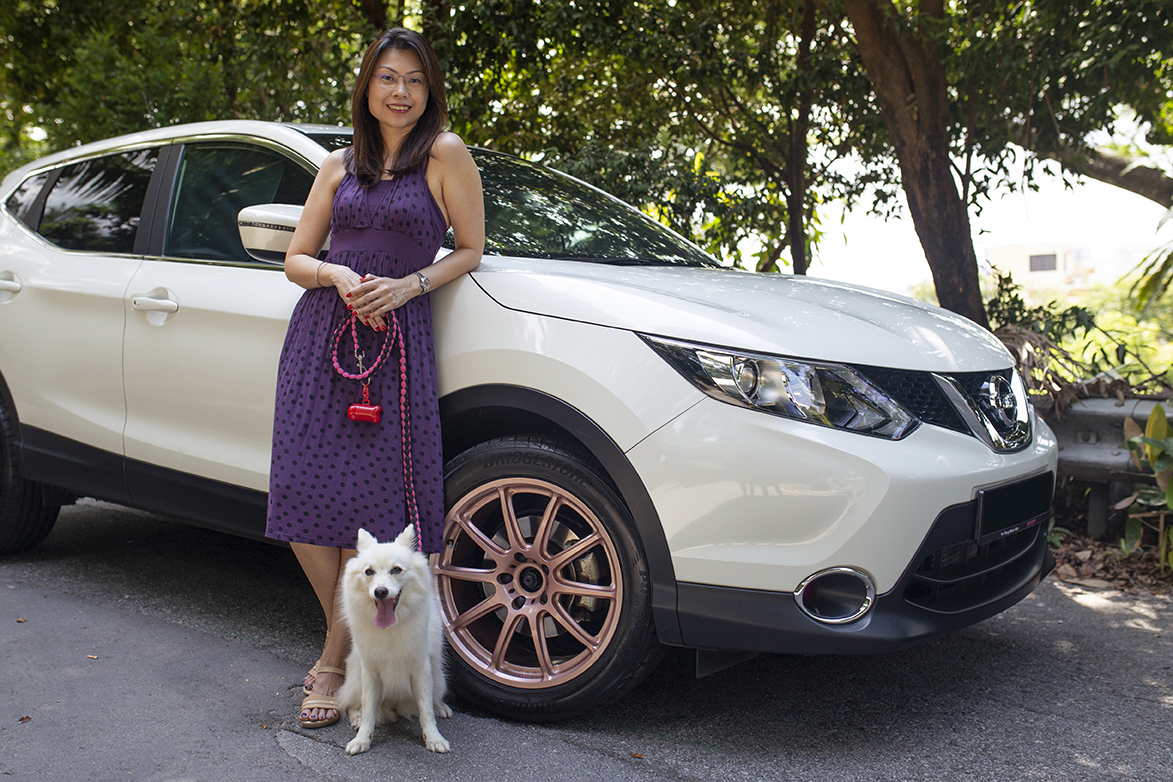