This punchy German sedan was love at first sight.

Colin chose the POTENZA S007A, Bridgestone’s flagship high-performance tyre, in the tyre size of 225/40 R18 for his Volkswagen Jetta TSI.

Downsizing is the catchphrase of all car manufacturers nowadays, due to the ever-tightening emissions regulations of governments worldwide, and growing demands from consumers to offer high power outputs and fuel efficiency in the same package.

The Volkswagen Group was one of the pioneers of engine downsizing technology, when they showcased a 1.4-litre TSI engine at the 2005 Frankfurt Motor Show. By taking a small capacity engine and equipping it with both a supercharger (for low-end power) and a turbocharger (for high-end power), the TSI engine was able to deliver comparable, if not better, performance with lower fuel consumption and greenhouse emissions. 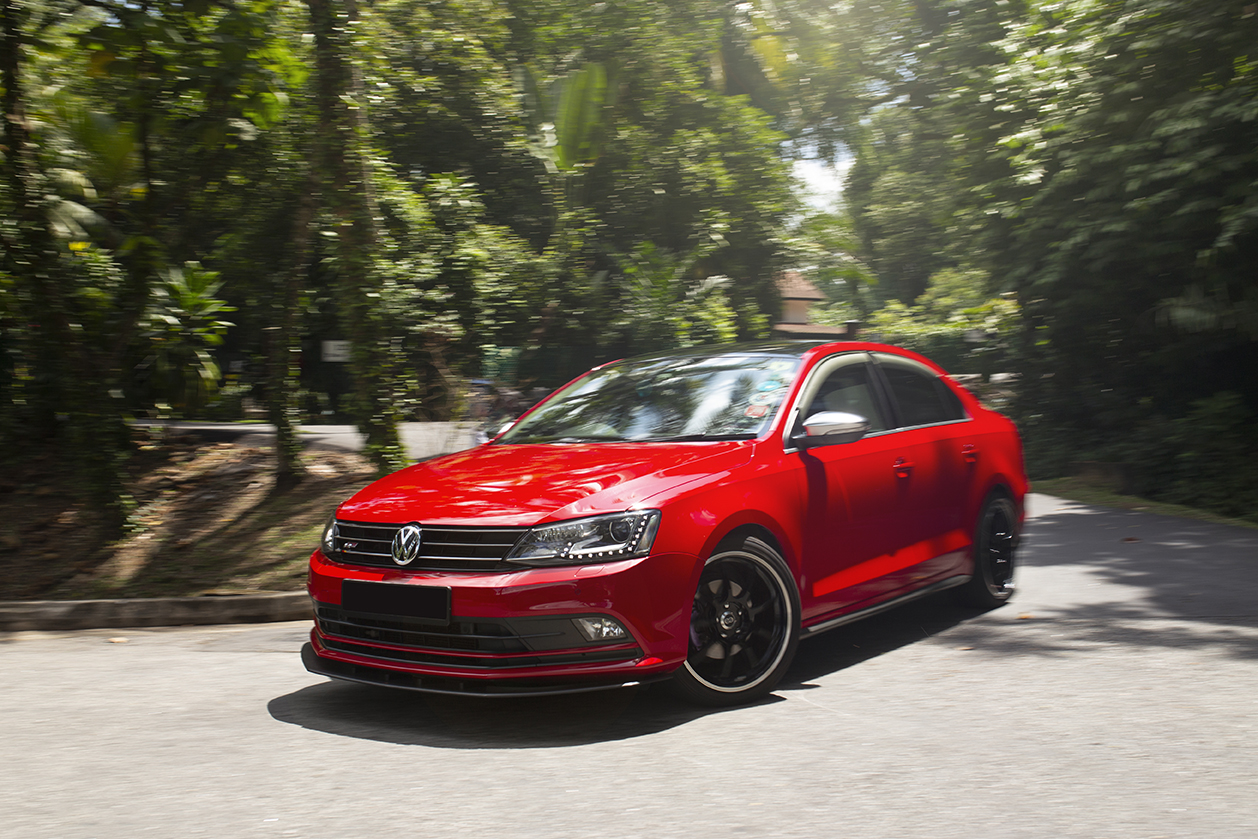 In an era where C- and D-segment cars were equipped with an engine with a minimum capacity of 1.6 litres, Volkswagen’s TSI technology was a breath of fresh air. Unsurprisingly, they were a big hit in Singapore, where our road tax structure meant that owners could save over $1,100 on road tax throughout the car’s 10-year lifespan. 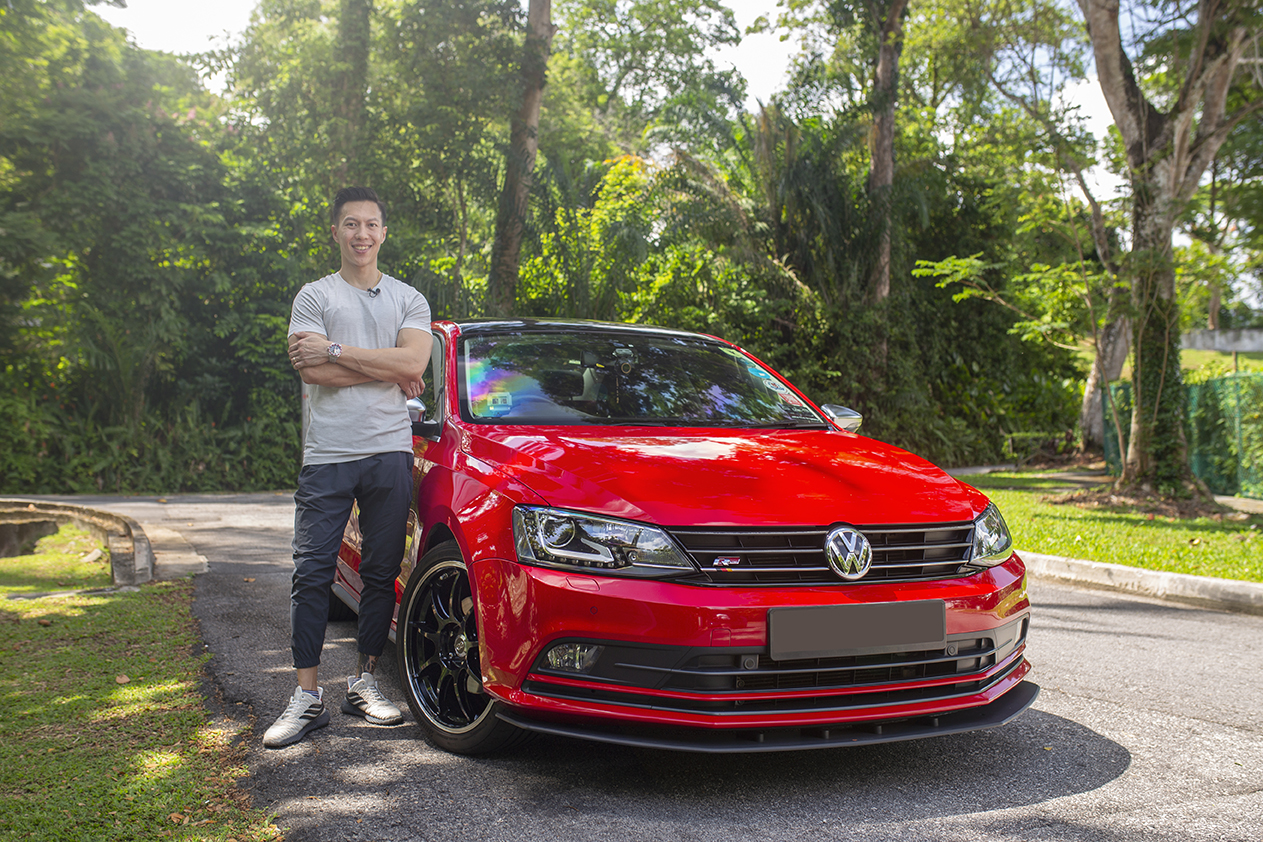 This Volkswagen Jetta here belongs to Colin, a personal trainer who loves all things sleek and fast. Trading up from a Korean sedan, he’s fallen in love with how the Jetta looks and performs, while offering great fuel economy.

the sixth generation of the Golf’s sedan sibling

Colin’s Volkswagen Jetta is the sixth generation of the Golf’s sedan sibling, commonly referred to as the ‘Mark 6’. Similar to the previous generation Jetta where the TSI engine debuted, it’s equipped with a turbocharged 1.4-litre TSI engine mated to a 7-speed DSG (Direct-shift gearbox) transmission. 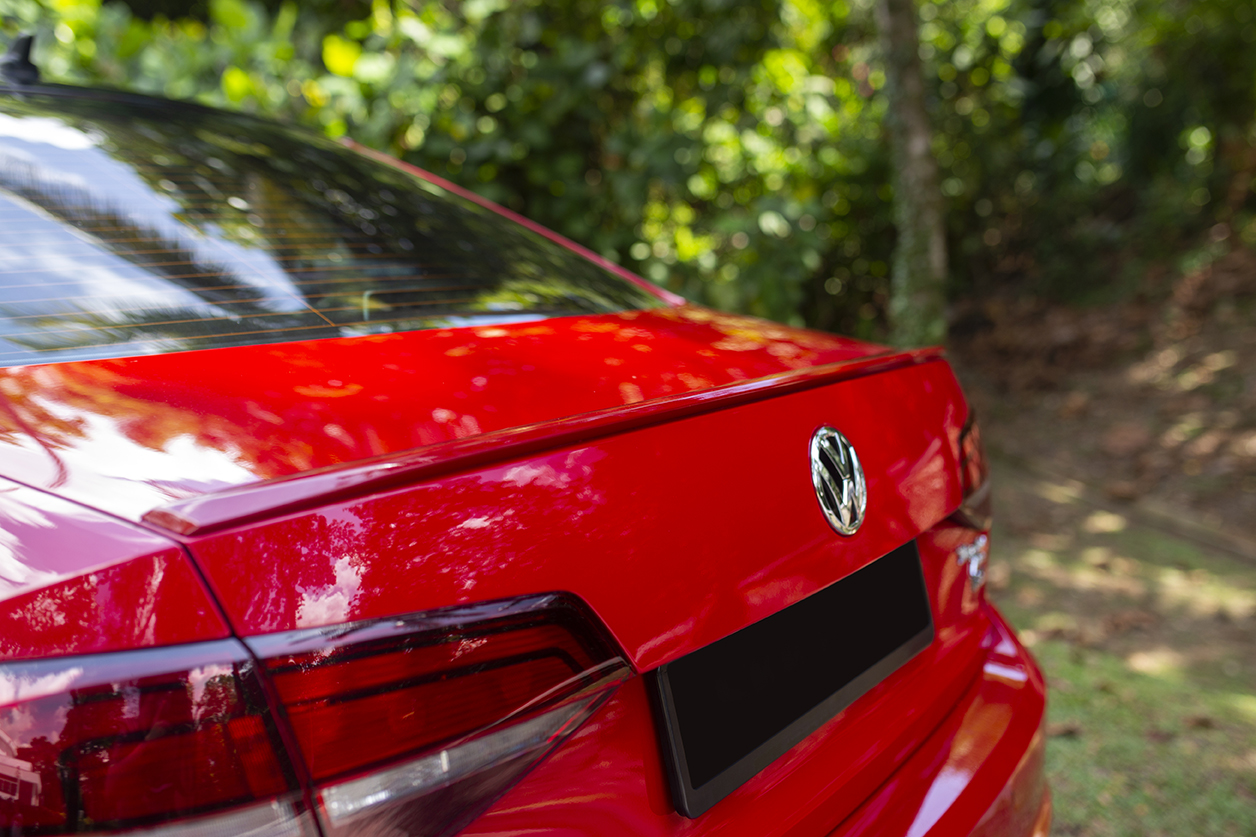 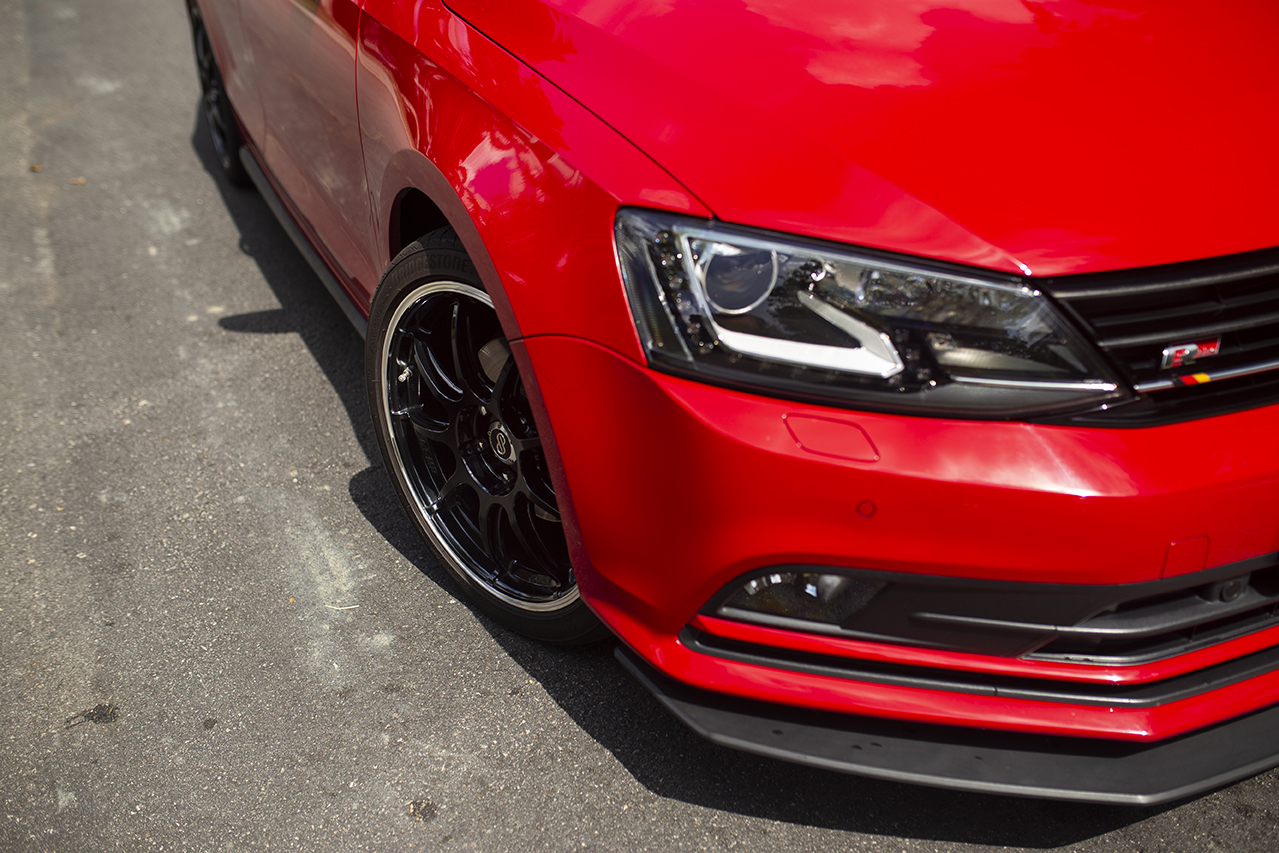 Since purchasing the Jetta just over 4 years ago, Colin has adorned his car with a few select modifications to add to its already sleek looks. The factory-fitted wheels and tyres were the first to go, replaced with this set of 18-inch Enkei RSM9.

A set of Enkei RSM9 wrapped in POTENZA S007A

A set of Enkei RSM9 wrapped in POTENZA S007A

After an initial dissatisfactory experience with a European-brand performance tyre, Colin made the decision to have them fitted with a set of Bridgestone POTENZA S007A tyres in the 225/40 R18 size, allowing him to properly exploit the Jetta’s performance potential in all road conditions.

“The POTENZA S007A suits my driving style perfectly, and its grip is superb – it seldom, or never slips during acceleration!”

Having been recommended the POTENZA S007A by his Bridgestone authorised dealer, Hurry Tyre & Battery (1998), and fellow car owners on the Jetta forum, he’s got nothing but praise for them. 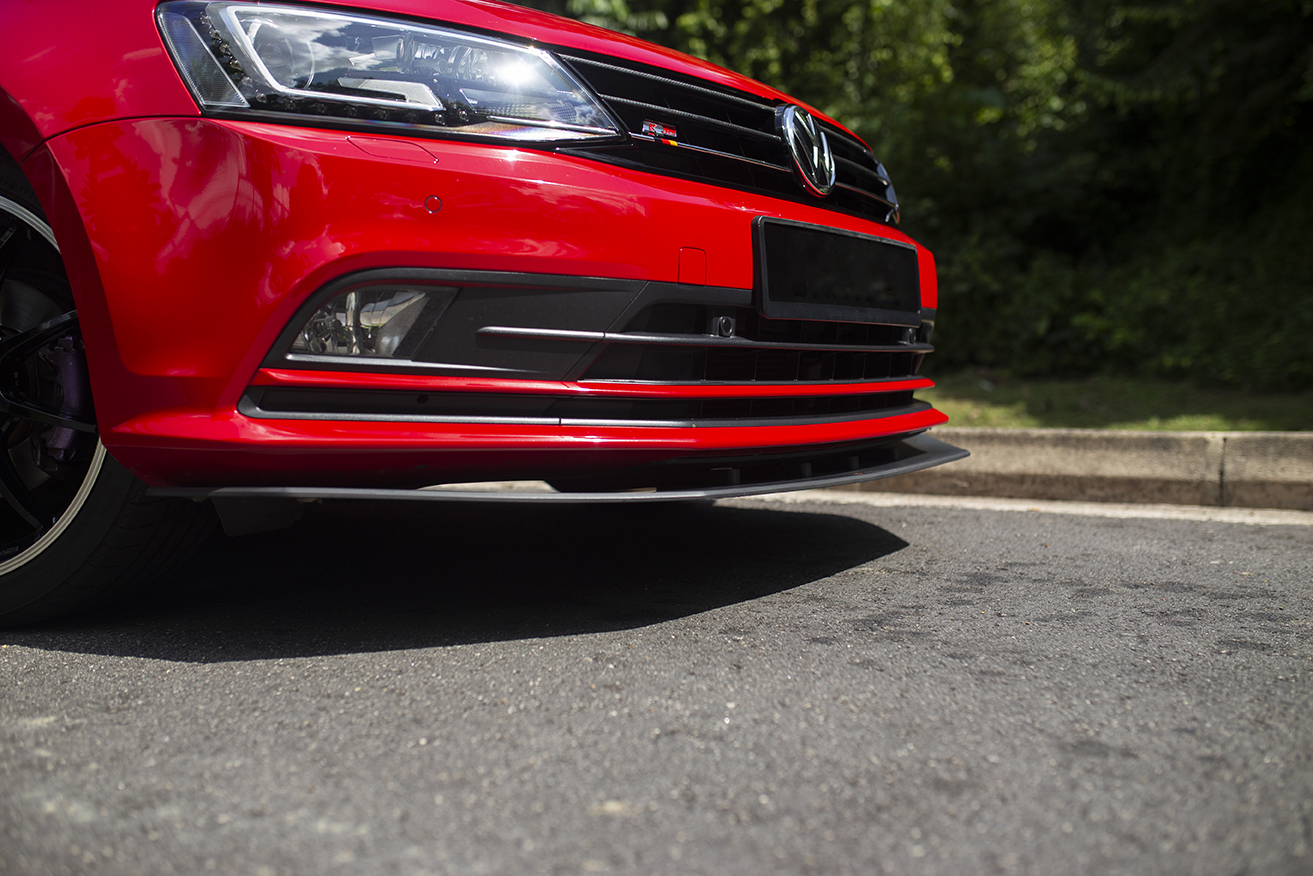 Making it sleeker and sportier was Colin’s priority, thus an understated boot lip spoiler was added to give it a hint of sportiness without looking too racy. A lip kit and side skirts were also sourced to complete the exterior transformation.

Keeping to the theme, some mild performance parts in the form of an intake and exhaust were handpicked by Colin. The car now breathes from an open MST Performance air intake system, while an LTA-certified Jetex cat-back exhaust system is at the other end.

Having fallen for the Jetta at first sight, its little wonder that when asked for the three phrases to describe his car, Colin picks “sleek looks”, “turbo”, and “good wheels”. Having gone down the turbocharged route and getting used to the immediate, on-tap performance is admittedly also rather addictive, thus we can see why it’ll be difficult for Colin to revert to the traditional normally aspirated engine camp. 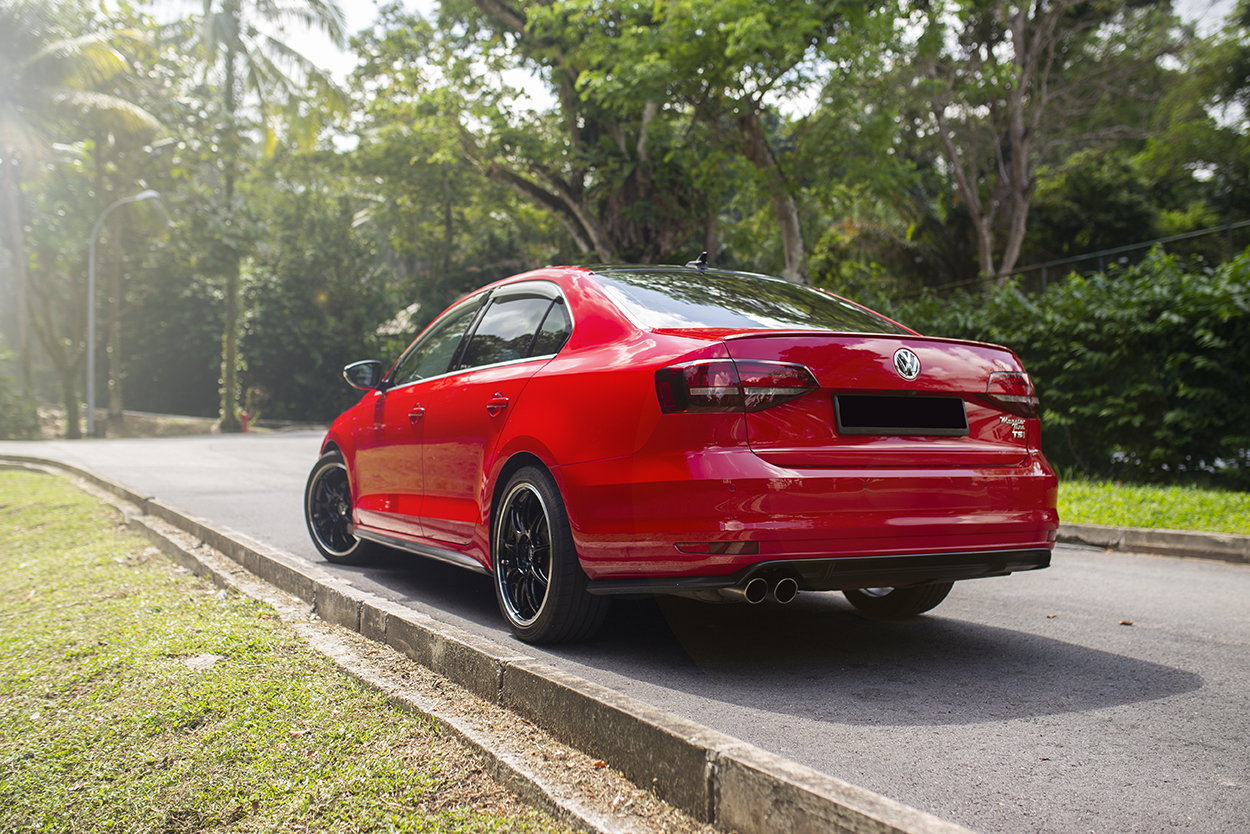 This versatile Japanese crossover on POTENZA S007A, serves up utility with a splash of style.