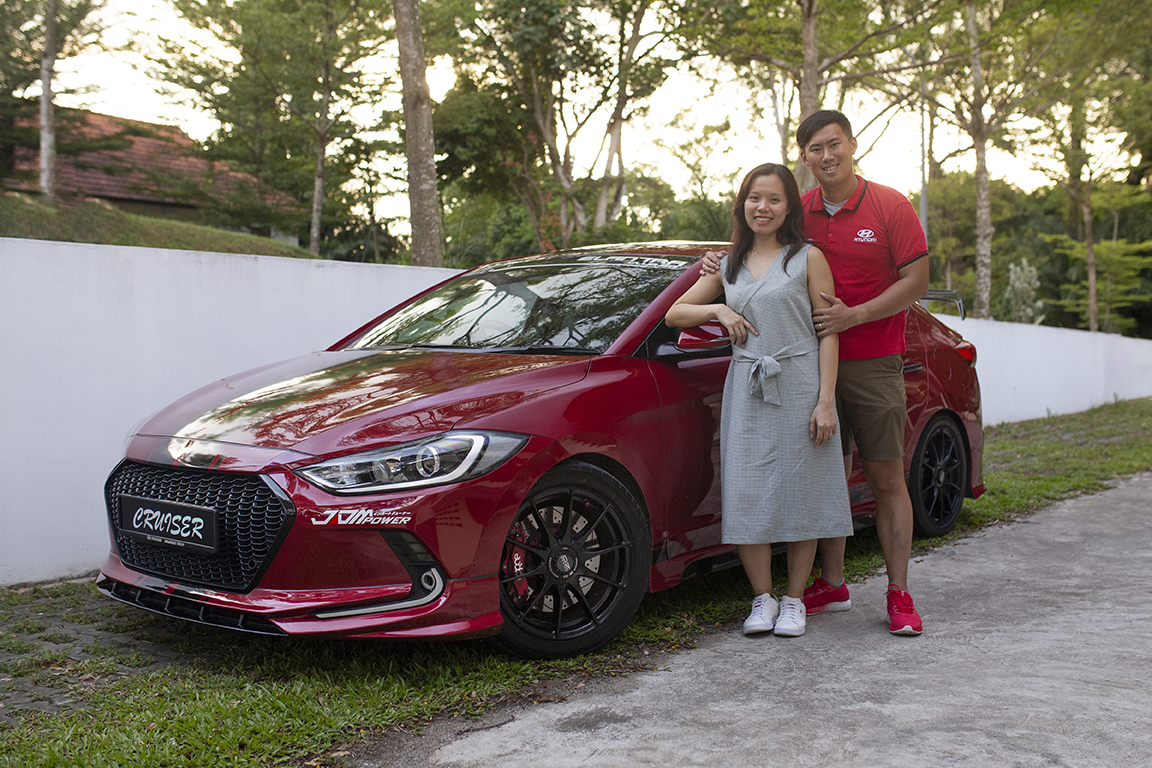 As an automaker, Hyundai has gone from strength to strength. With humble beginnings in the late 1960s assembling cars in cooperation with a European brand, Hyundai built South Korea’s first-ever car in 1975 with the release of the Hyundai Pony sedan.

Ever since then, they have been on a continuous quest for improvement, matching up to or even surpassing other well-established brands at their game, simply by offering quality and value in packages that are agreeable with most Singaporean consumers. 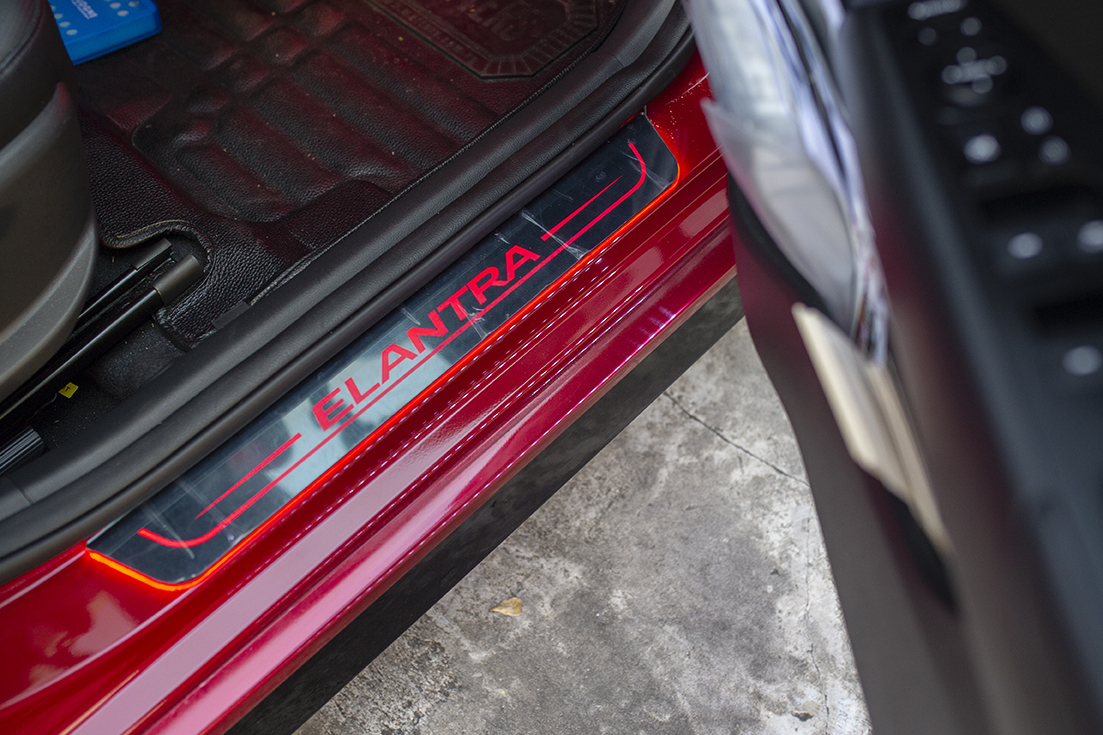 It might not seem quite as long, but the Elantra nameplate has been around for nearly 30 years now, having been launched in the end of 1990. Now in its sixth iteration, it was redesigned in 2016 for sleeker, more fastback-like styling while retaining all the characteristics that consumers had grown to love. 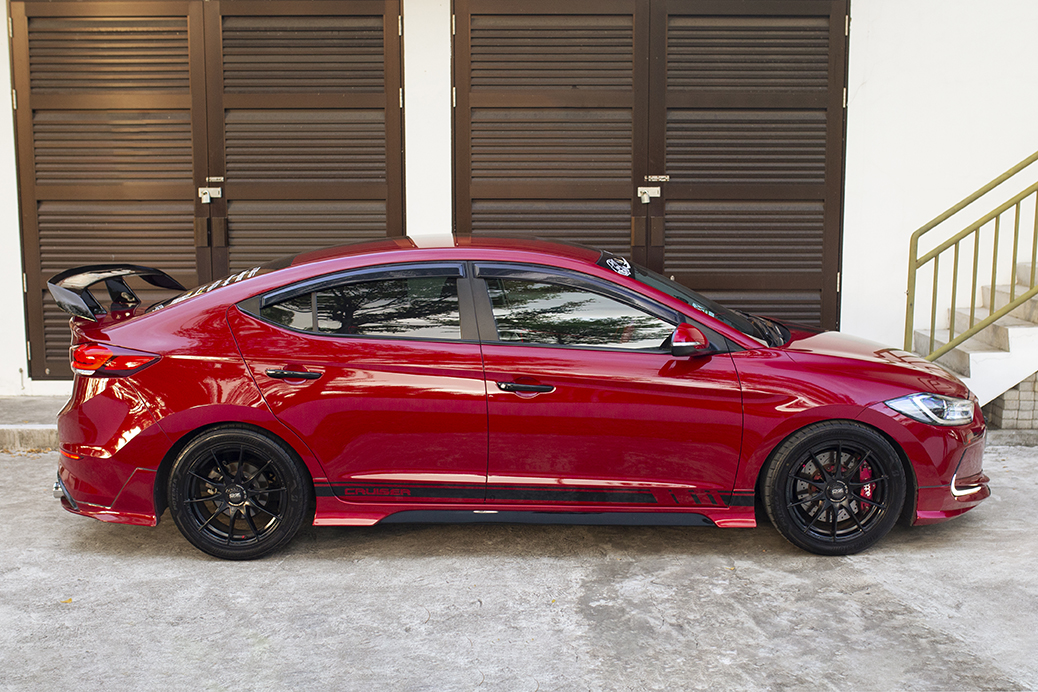 This Hyundai Elantra here belongs to newlywed couple Eugene and his wife Kristale, who are not just new to married life, but also new to car ownership. Even though it was driven out of the Hyundai showroom just a year ago, the Elantra has already undergone several changes, and been on multiple important journeys with Eugene and Kristale.

Being a newcomer to the automotive scene took some familiarisation. Eugene thus sought information from the vibrant and active Elantra Club Singapore, which has not only provided a community of like-minded car owners, but has also allowed him to tap on fellow members’ knowledge and experience while personalising his car. 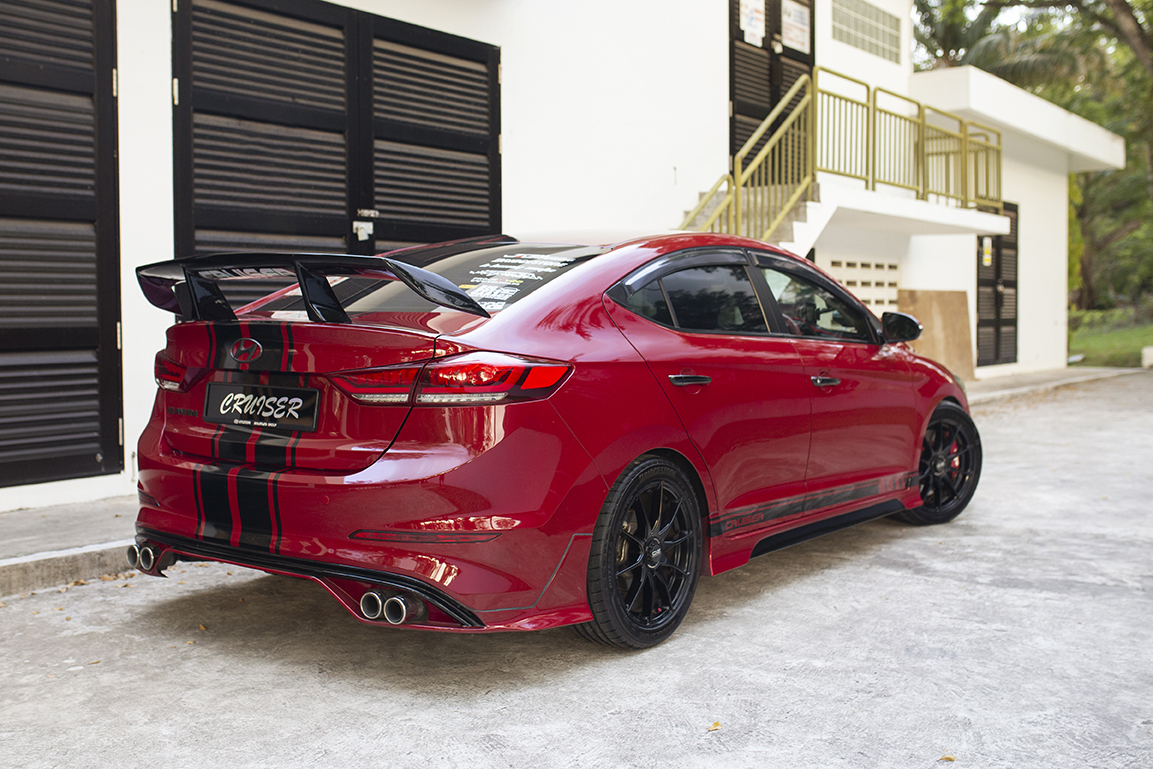 Eugene’s Hyundai Elantra is the sixth generation of this compact sedan, colloquially known as the ‘Elantra AD’ in reference to its chassis designation. Propulsion comes courtesy of a 1.6-litre ‘Gamma’ engine mated to a 6-speed automatic transmission.

To sharpen the exterior up a little, the original 16-inch wheels have been swapped out for a set of 17-inch OZ Formula HLT wheels, wrapped in Bridgestone POTENZA S007A tyres in the 225/45 R17 size.

“THERE ISN’T A SINGLE THING I DISLIKE ABOUT THE S007A."

For Eugene, there’s no better way to experience the POTENZA than to use them like he does – on a daily basis. “There isn’t a single thing I dislike about the S007A. It offers amazing grip, an excellent braking distance, and superb control in the corners. As a bonus, the design looks great!”

A daily driver the Elantra is, but it’s been pampered to an equal extent too. Comfort was a top priority for Eugene, thus the already excellent chassis was left original apart from the aforementioned wheels and tyres. 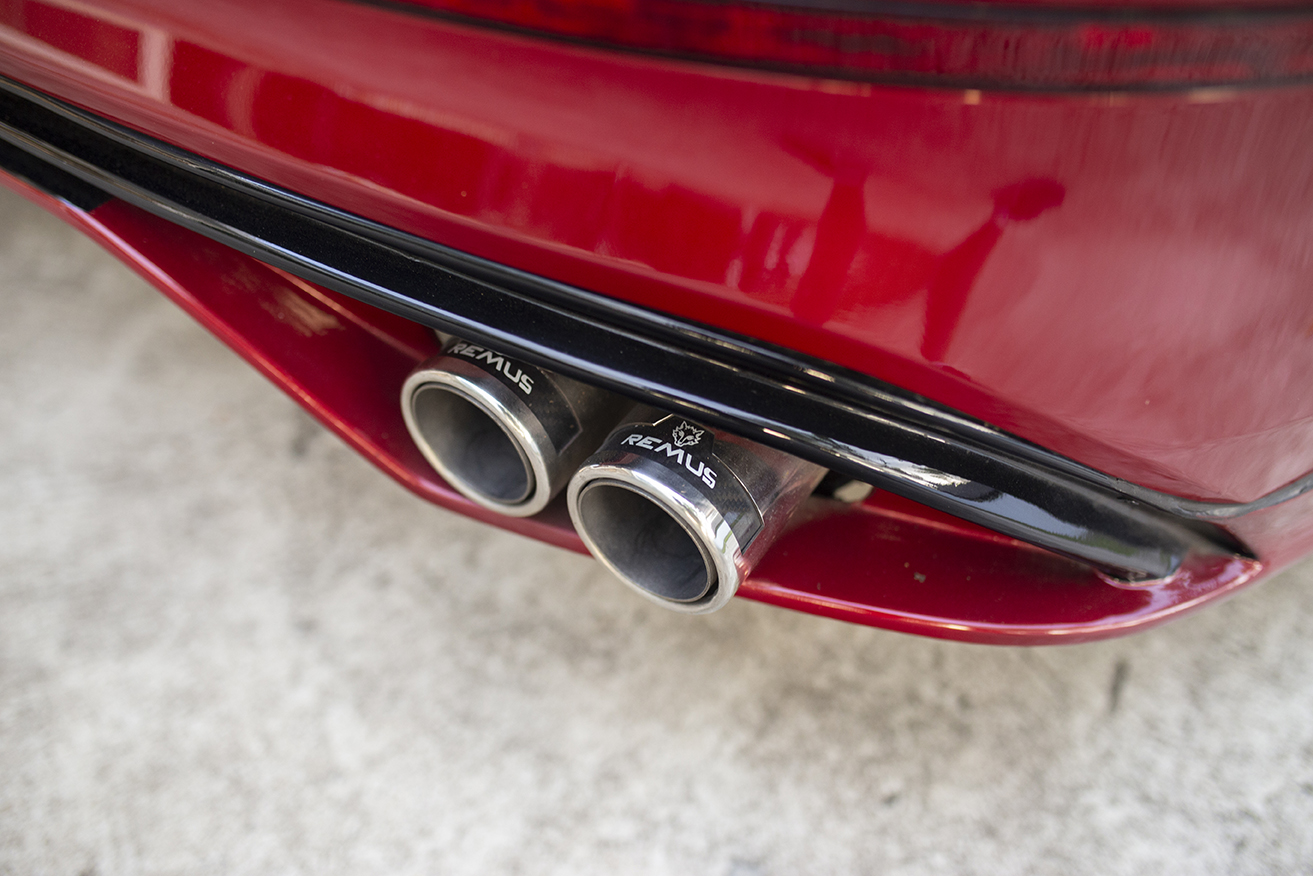 He’s opted instead to focus on improving the car’s power output, giving it a bit more grunt and making the power more usable on a daily basis. The engine now breathes through a carbon charger intake to reduce intake temperature heat, which is further enhanced with a cold air intake duct.

To maximise the effectiveness of the intake and other engine modifications, Eugene also sent his car for an ECU re-map, unlocking extra power from the engine that had been originally tuned for efficiency by the manufacturer. 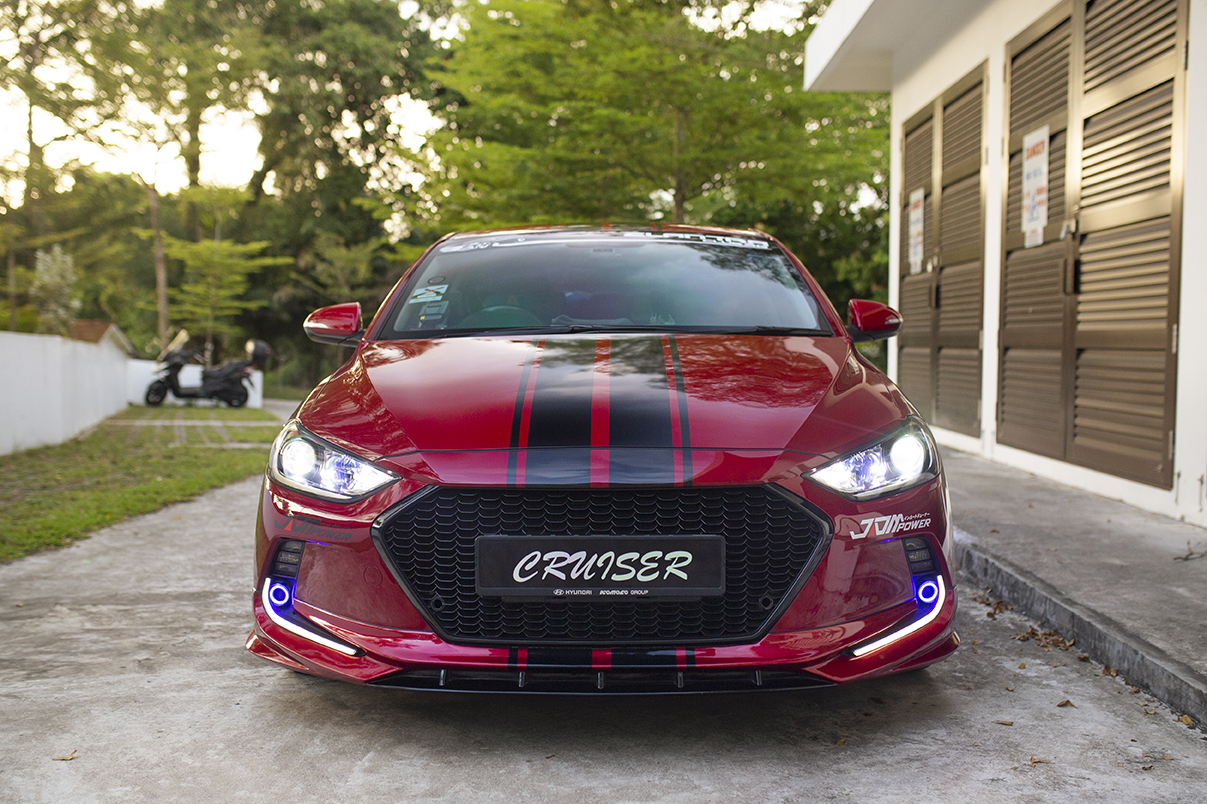 There’s also show to match the go, as Eugene has customised his car’s exterior with a dynamic body kit that smoothly integrates the four exhaust tips into the rear valance. Additionally, a set of daytime running lights have been fitted up front while an aggressive rear spoiler provides a finishing touch. 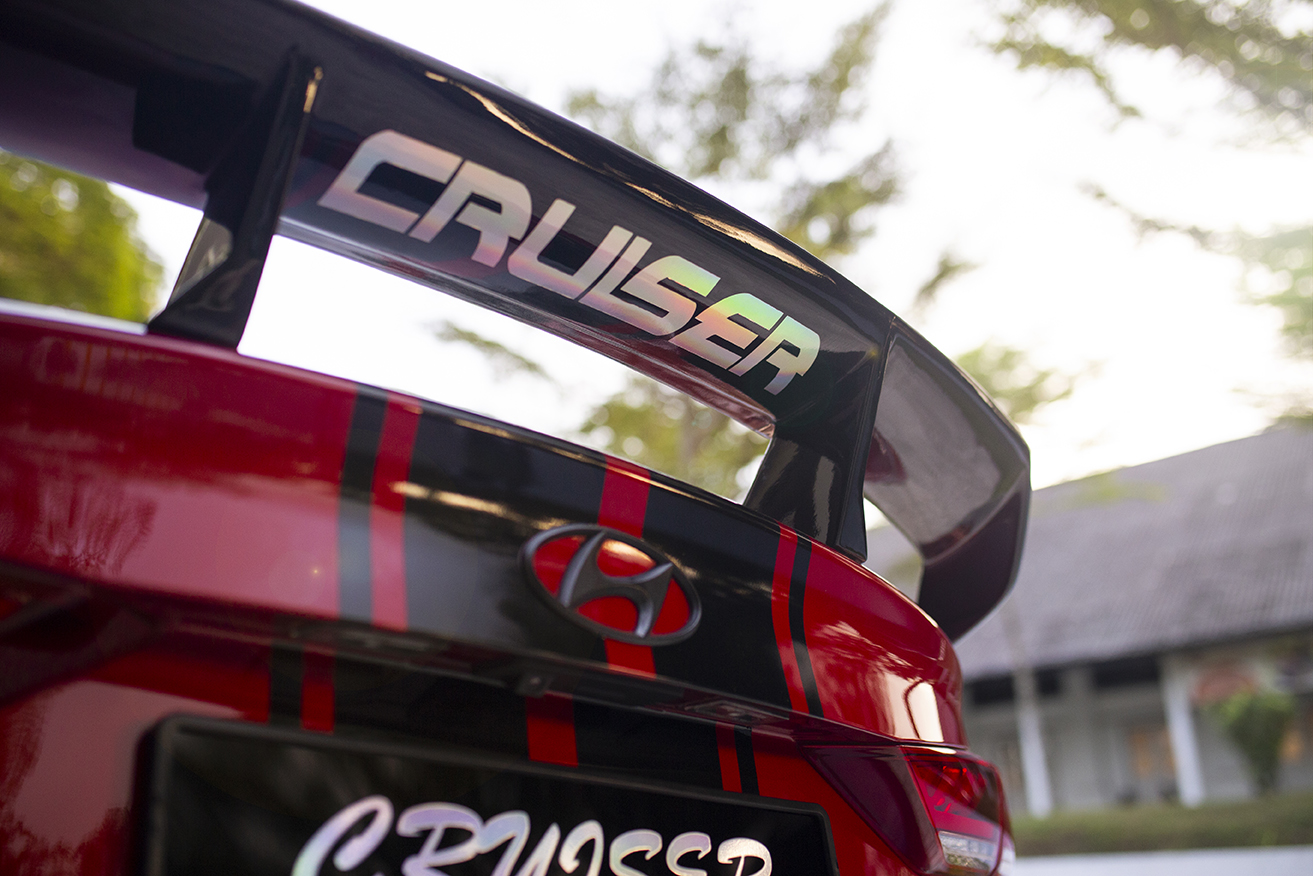 It’s a labour of love, this car – and it holds a special place in Eugene’s heart. Not just because it’s the first-ever vehicle he’s owned, but also because it’s been (and will be) a companion on major milestones. Last December, it played a major role at his and Kristale’s wedding as the bridal car, ushering them through the transition to being husband and wife.

HYUNDAI WILL CONTINUE TO BE THEIR CONSTANT COMPANION

In the coming months, the Elantra will see them through yet another milestone, as they expect the arrival of their first child. As Eugene put it rather candidly, the only plans left for the car are to add a baby seat in the back – and as this family grows, this sporty Hyundai will continue to be their constant companion. 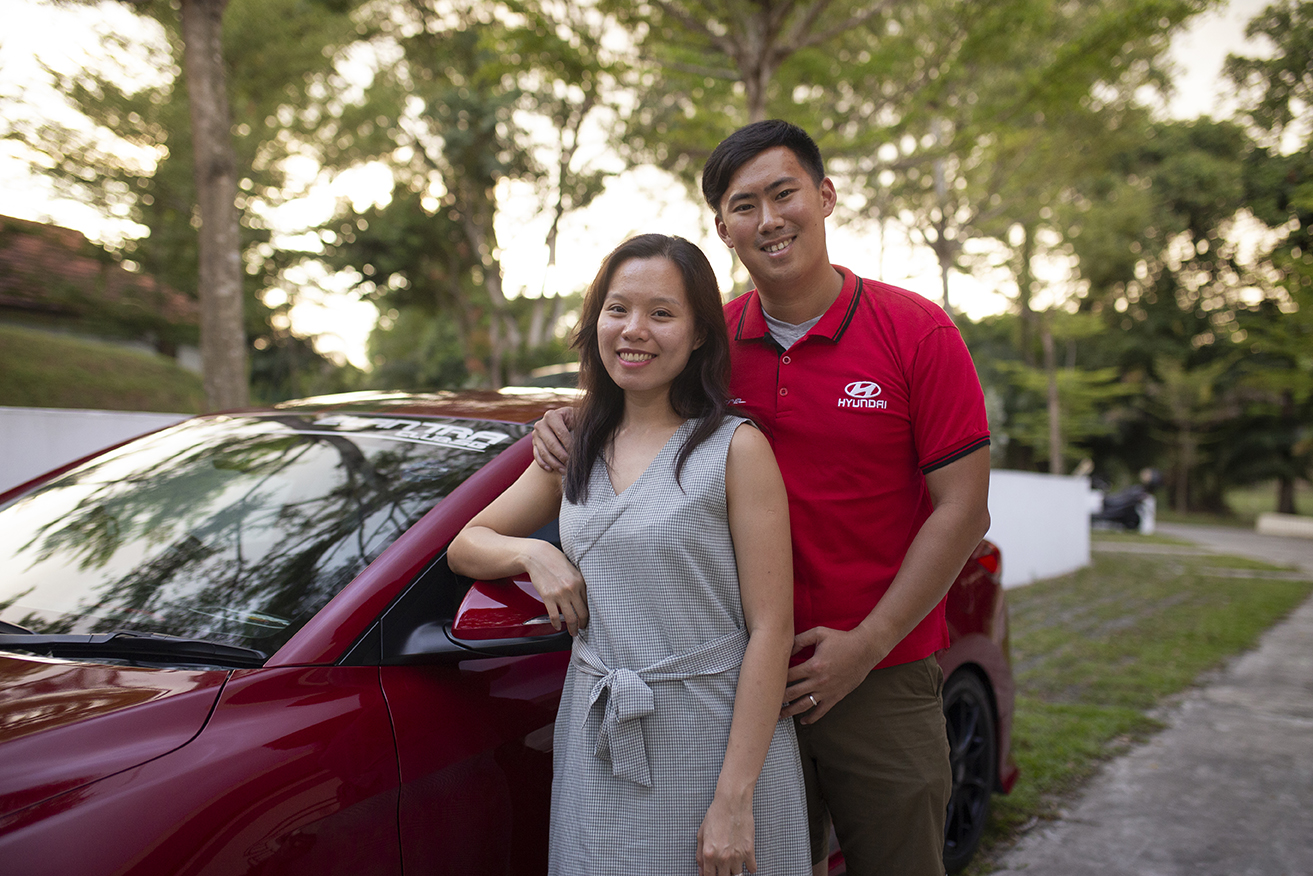