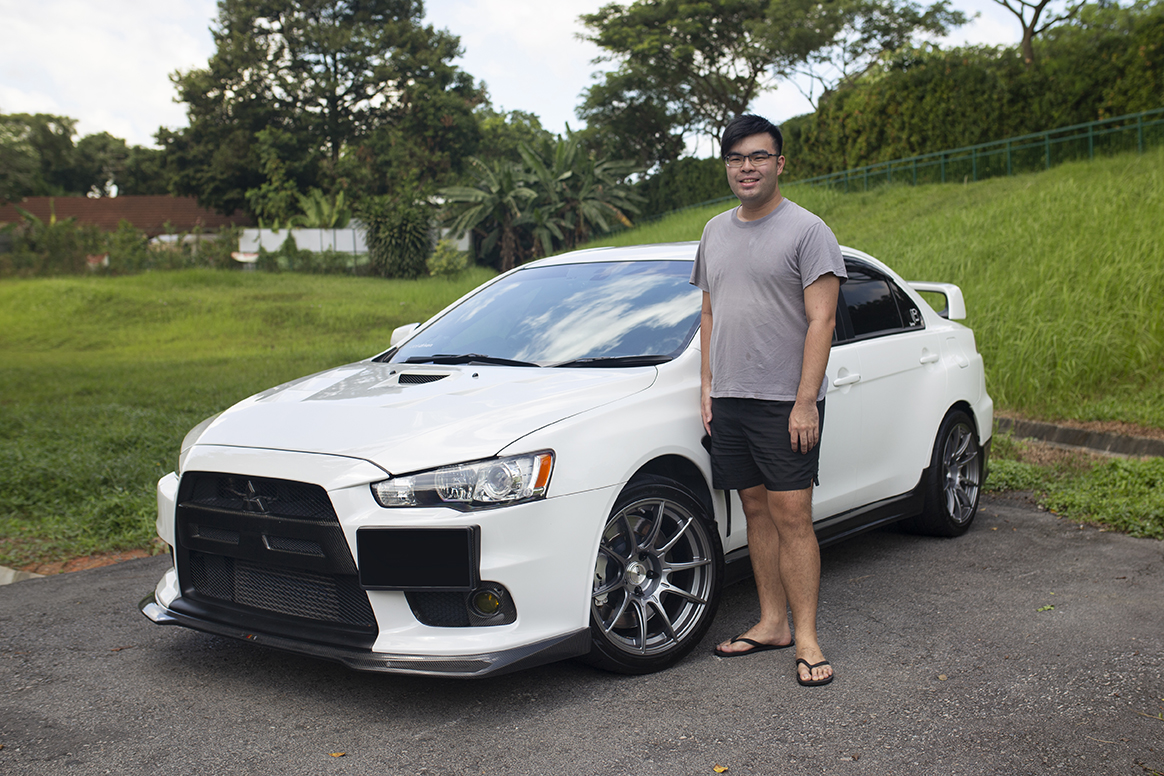 Think of turbocharged sedans, and two names will invariably pop into your mind – the Mitsubishi Lancer Evolution and Subaru Impreza WRX. Since 1992, these two rally legends have been close rivals, with a simple recipe that has proven effective both on and off the road. 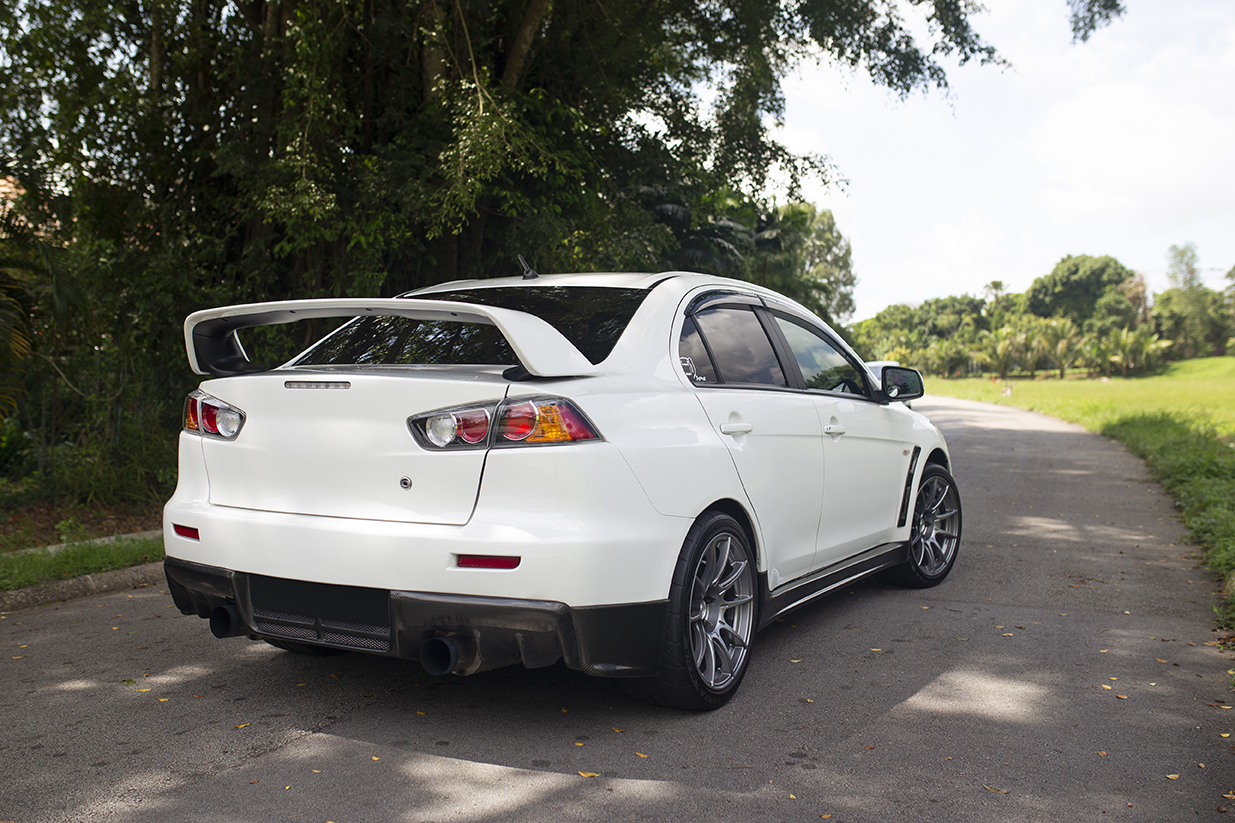 Four doors, four-wheel drive, two litres of displacement and a nice big turbocharger. Both models were born as homologation specials, allowing Mitsubishi and Subaru to compete in ‘Group A’ in the World Rally Championship (WRC) which required participating models to be production-derived vehicles.

A TESTAMENT TO ITS VERSATILITY

As a testament to its versatility, the Lancer Evolution was a participant in not just rallying, but also a variety of motorsports categories that include track racing and hill climbing in its 24 years of production from 1992 to 2016. 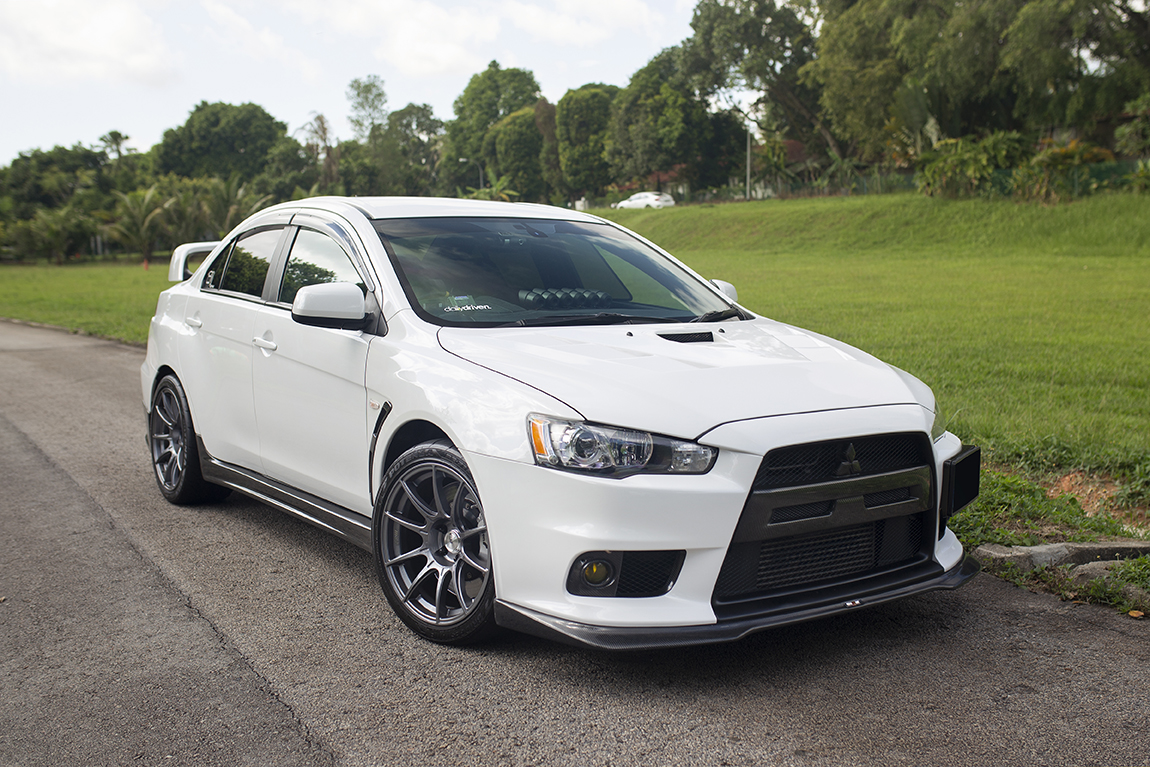 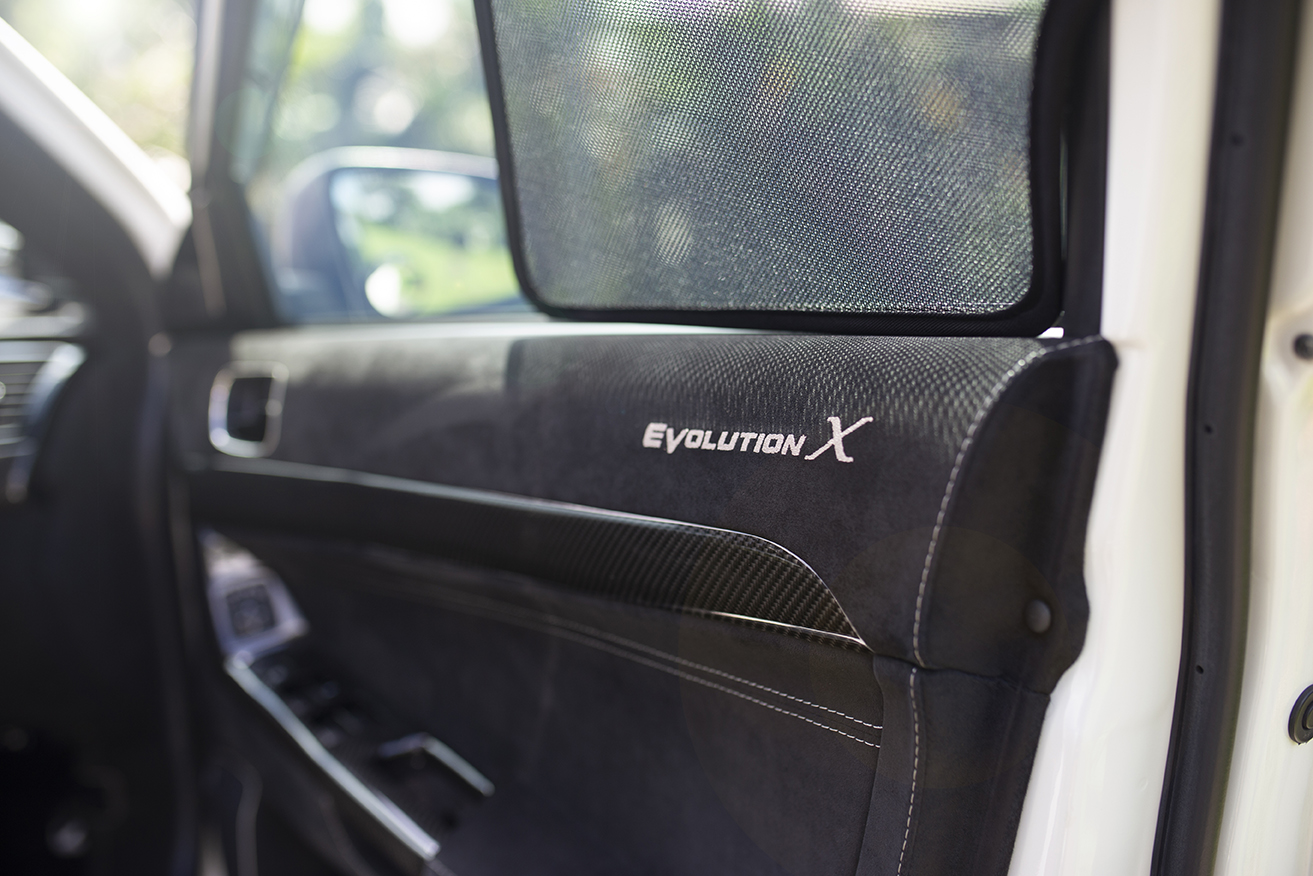 Always known to be the harder-edged and more technologically advanced choice over its competitor, the Lancer Evolution X came standard with equipment such as a twin-clutch transmission, and a four-wheel drive system that electronically controls the amount of torque sent to each wheel. 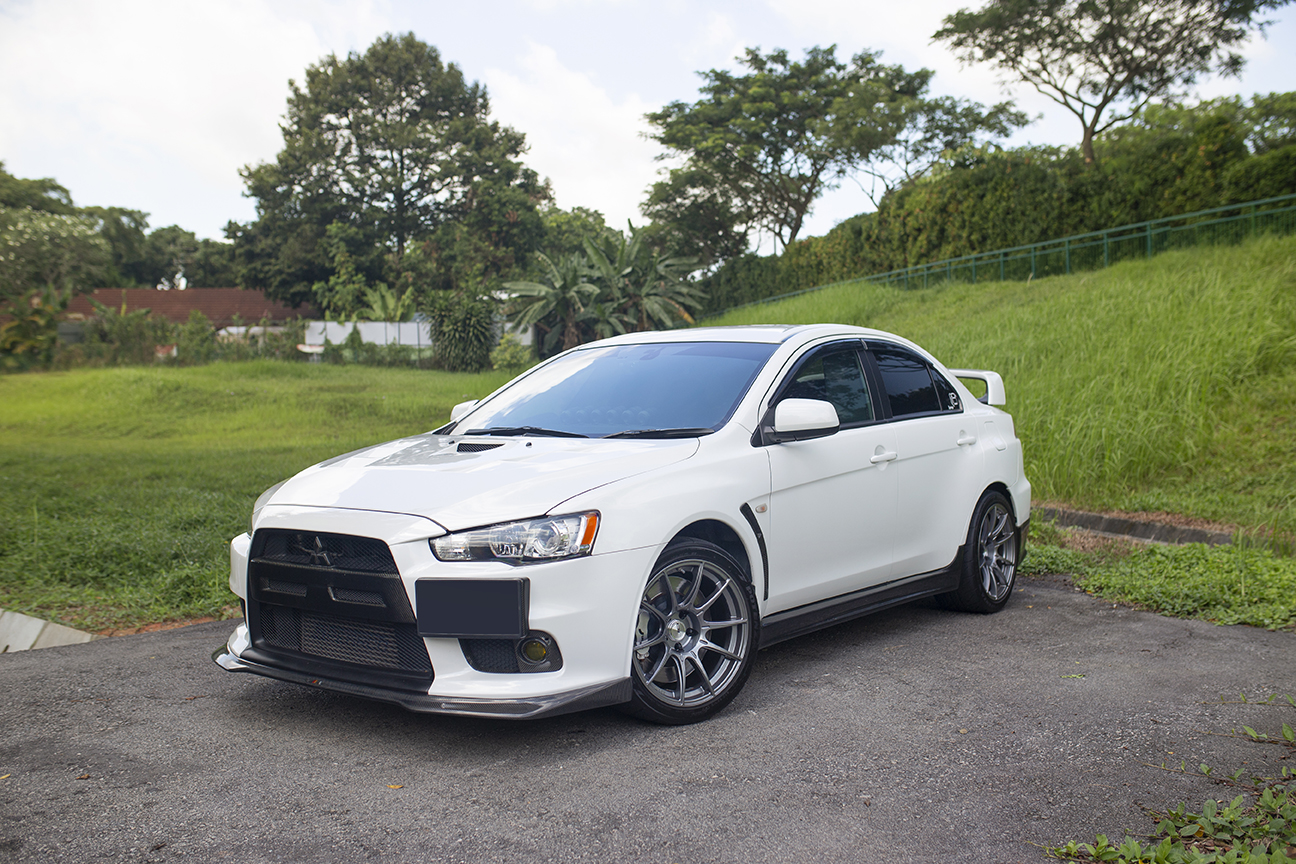 This Mitsubishi Lancer Evolution X here belongs to Joshua; a motoring enthusiast who has owned other naturally aspirated sports cars, but always admired the turbocharged, fire-breathing Lancer Evolution from afar.

SPARED NO EXPENSE IN KEEPING THE CAR IN FACTORY-FRESH CONDITION

Despite initially not having the intention to purchase the car, Joshua chanced upon this unit in excellent condition and he immediately knew he had to have it. Having been previously owned and maintained by a fastidious gentleman who spared no expense in keeping the car in factory-fresh condition, the car had all wear and tear parts replaced or upgraded wherever possible, meeting Joshua’s also rather exacting standards. 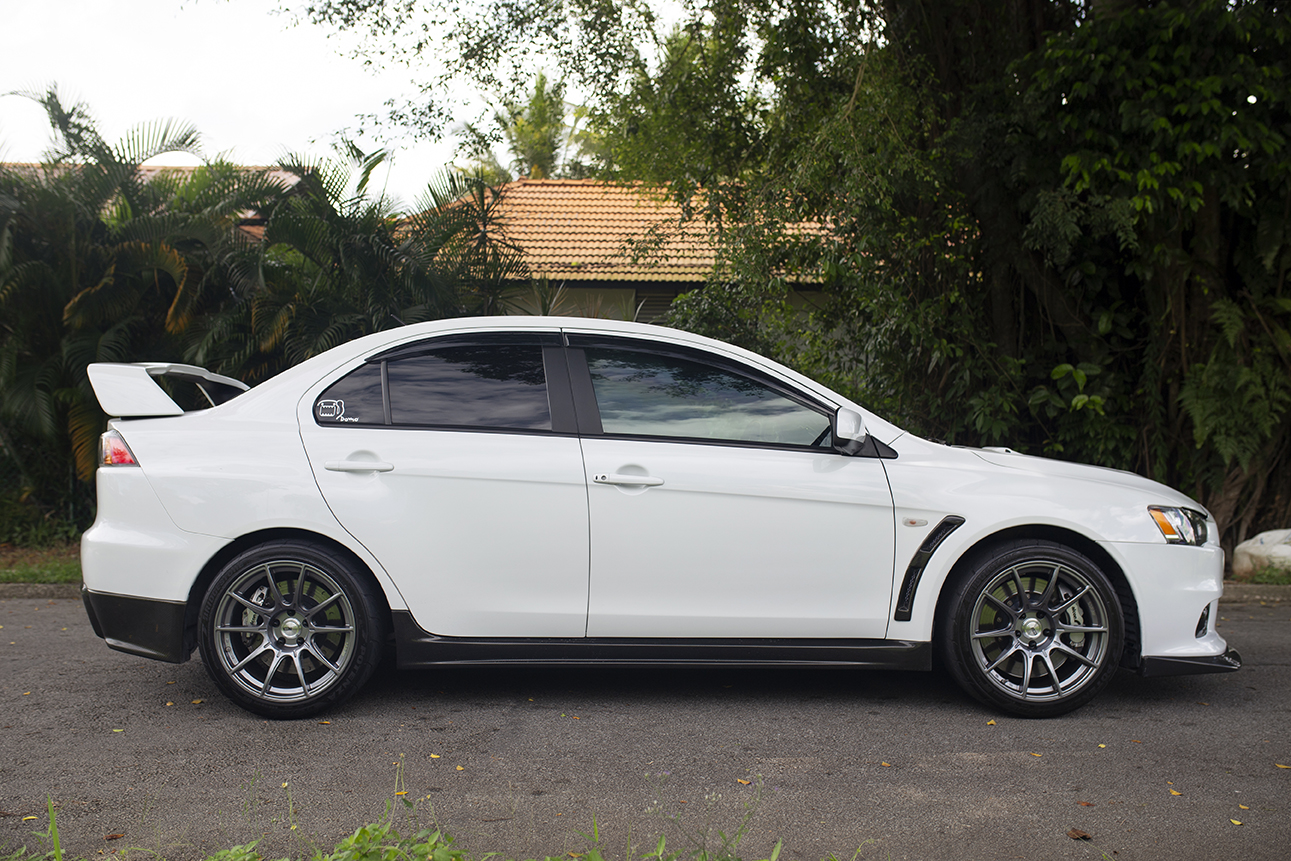 Joshua’s Mitsubishi Lancer Evolution X is a manual transmission unit in the ‘GSR’ trim level, known amongst enthusiasts as the ‘CZ4A’. His car is powered by a 2.0-litre turbocharged ‘4B11T’ 4-cylinder engine, which was introduced in this generation of the Lancer Evolution.

a set of SSR GTX01 wheels

a set of SSR GTX01 wheels

Joshua believes that wheels can make or break the look of a car, thus he sourced a set of SSR GTX01 with the perfect offset to fill out the Lancer’s blistered fenders. Around the wheels is a set of Bridgestone POTENZA RE-71R tyres in the 265/35 R18 size all around, allowing him to properly put the power down to the road.

Having used the POTENZA RE-71R on his previous cars, Joshua heaps praise on the tyres for the performance they offer. “I absolutely love the grip they offer, and they’ve never failed me on my previous car. Amongst performance tyres, they’re the best I’ve tried, both on the road and on track!” 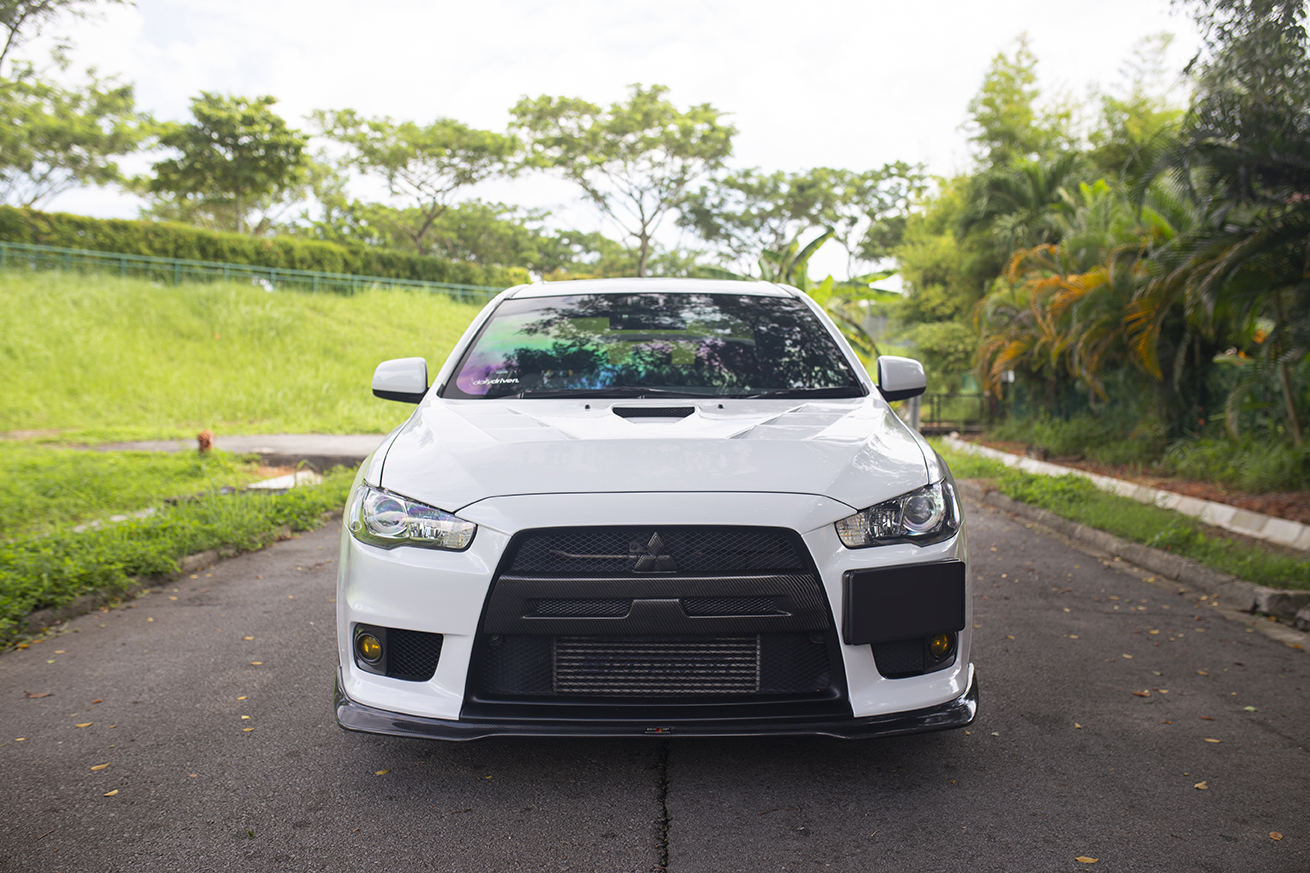 Being an enthusiast, leaving the car unmodified was an impossible task. He has however focused more on mechanical upgrades that present performance gains, while largely retaining the factory styling. 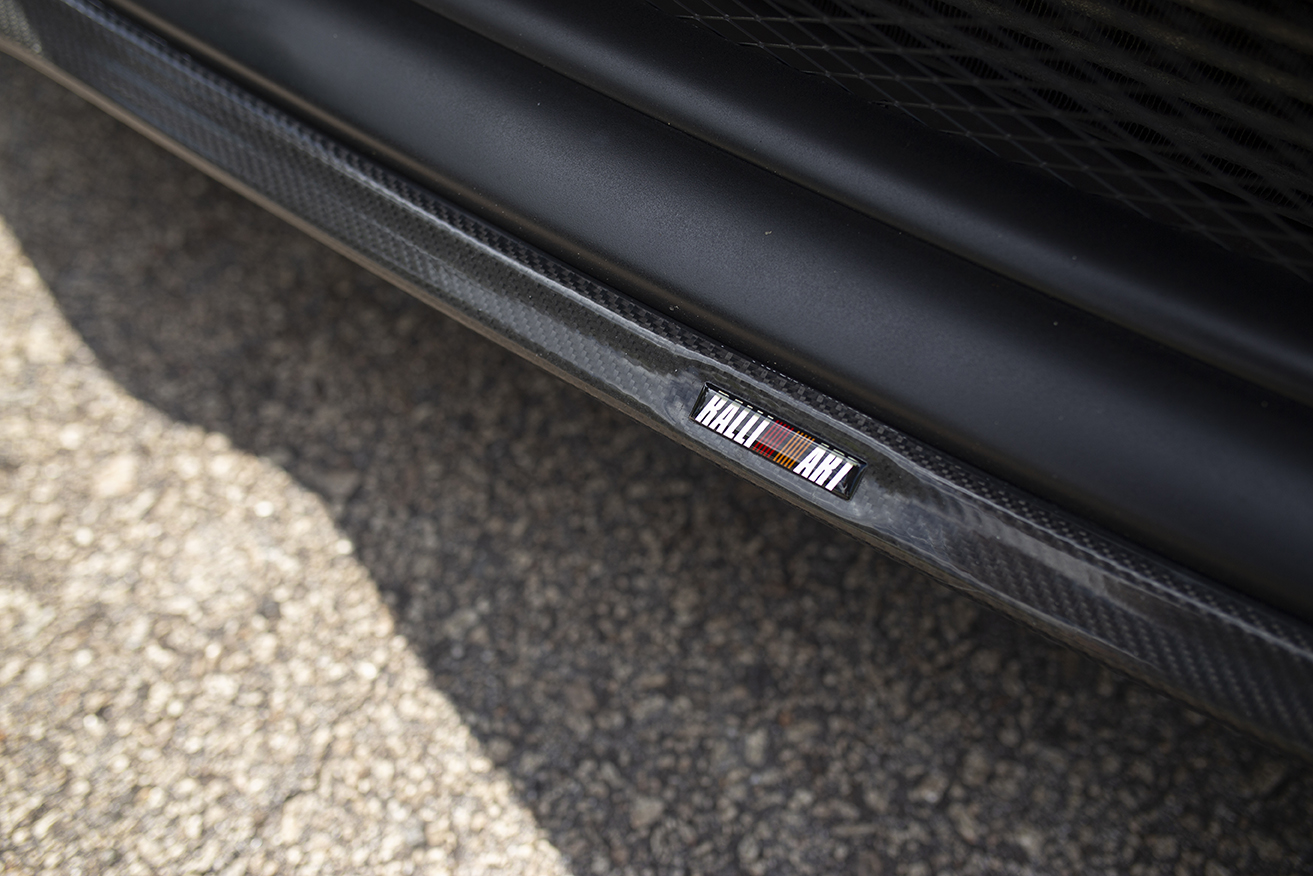 A Ralliart front lip has been added to the front bumper, while Seibon carbon fibre parts have replaced the original side skirts and rear diffuser. Additionally, a set of original Mitsubishi wind deflectors now line the top edge of the windows. 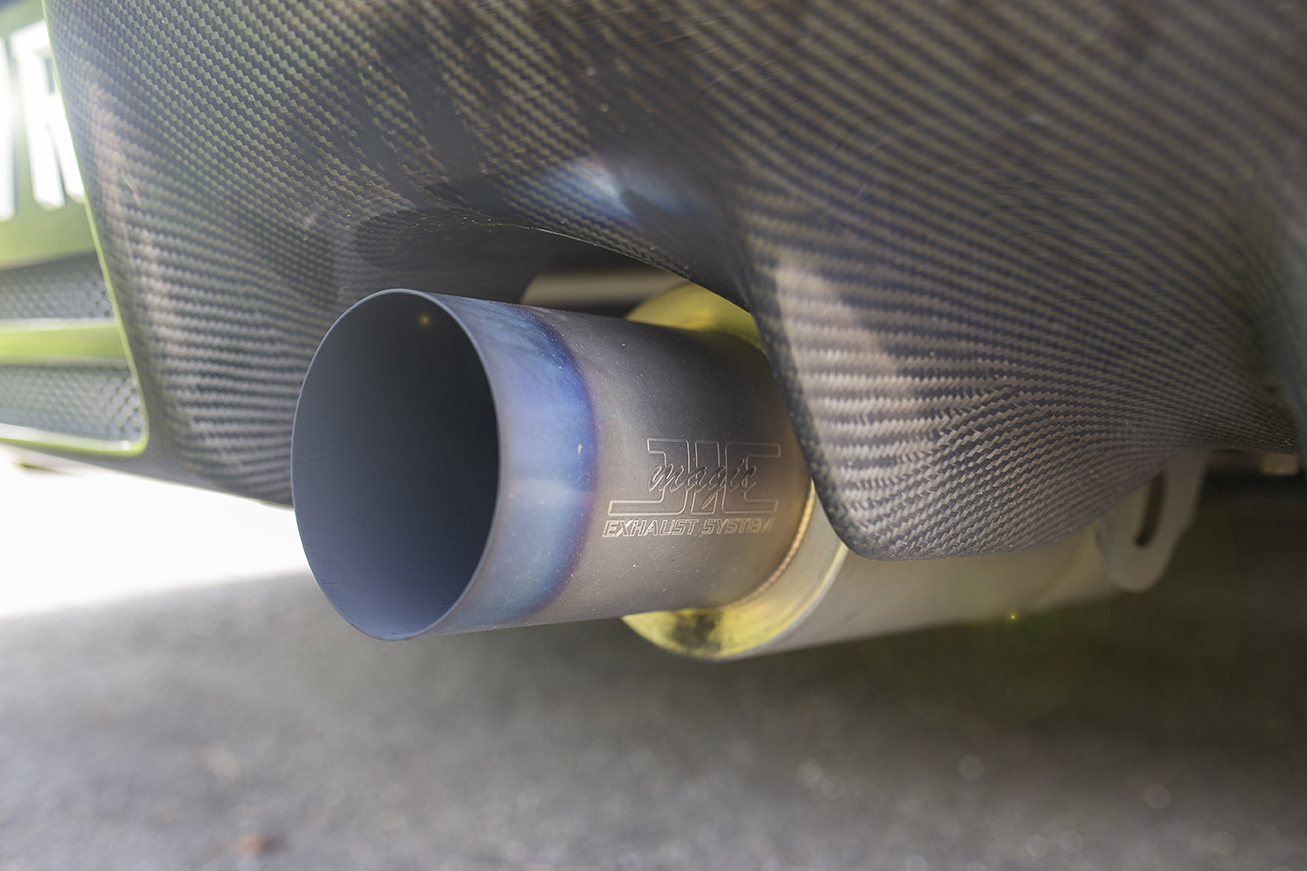 Amongst many performance modifications, the turbocharged engine now breathes more freely through a HKS Kansai air box with a HKS open-pod intake. On the other end, exhaust gases exit via a JIC Magic titanium muffler equipped with silencers for daily use. 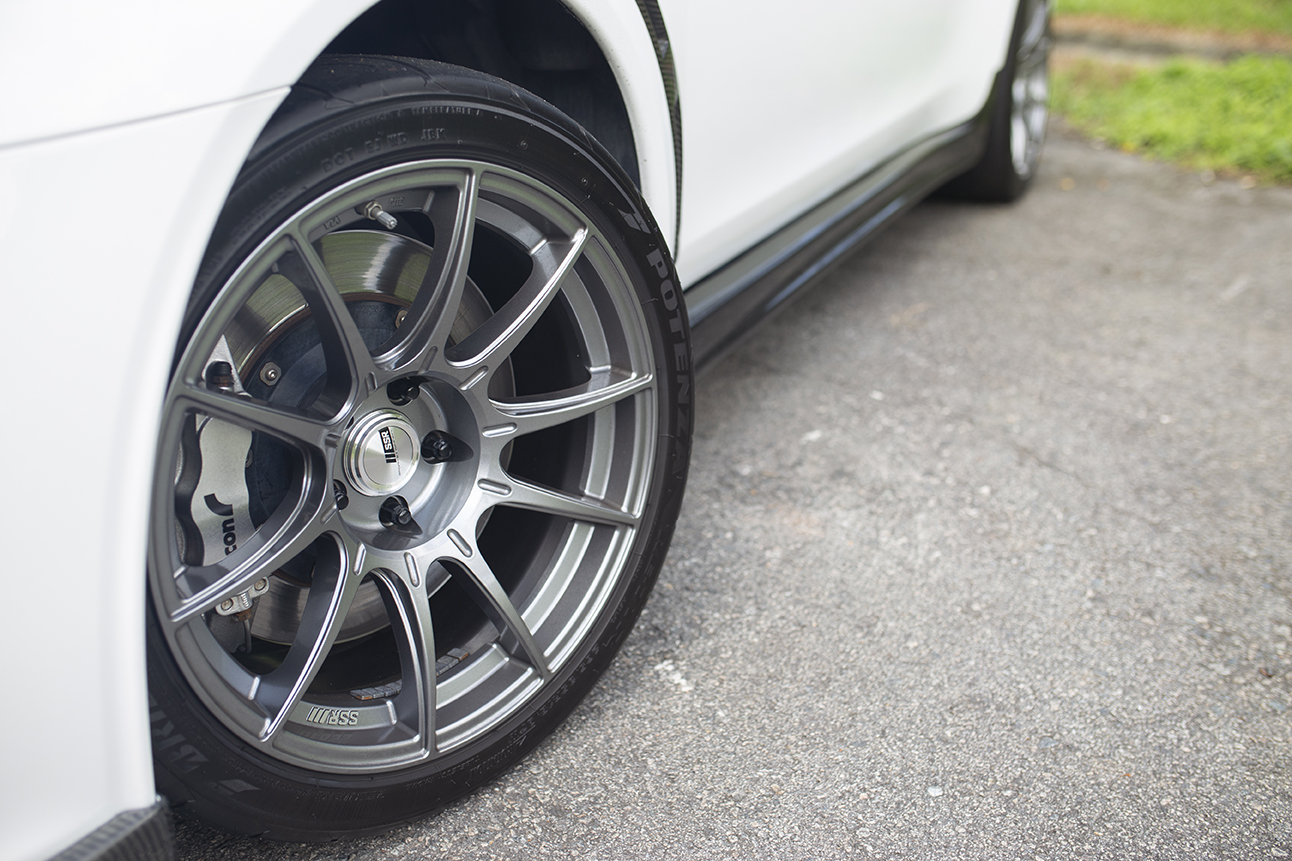 Handling has not been ignored either, with Okuyama Carbing chassis rigidity bars fitted to the front, rear, and undercarriage. An Alcon ‘Advantage Extreme’ brake kit has also been fitted for demanding track use, with 6-piston calipers in front and 4-piston calipers in the rear. 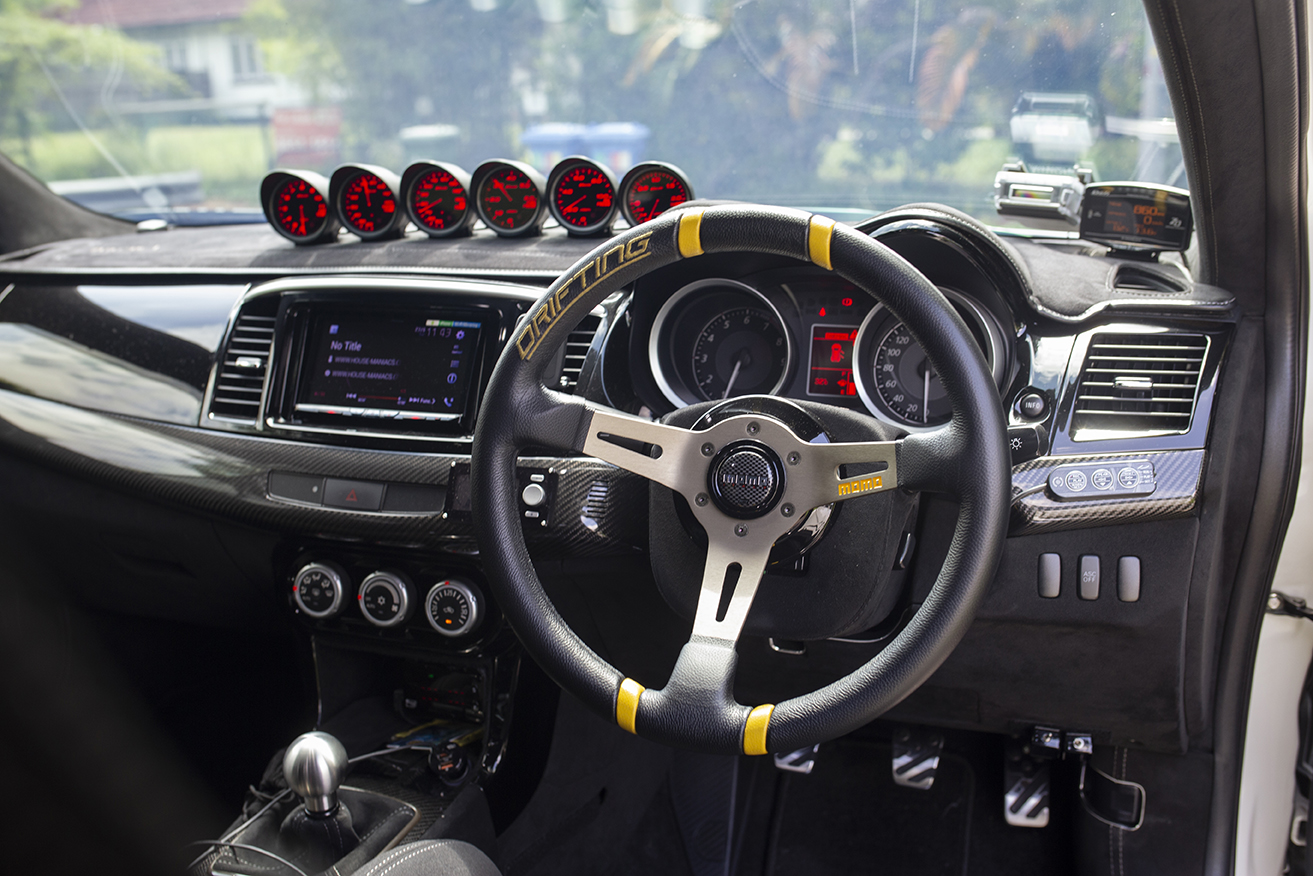 Inside the car, where Joshua interacts with the most, a complete revamp was carried out. All interior panels have been reupholstered with the same type of Alcantara used in Lamborghinis, from the door panels to even the inside of the glove box. The front seats have also been replaced with BRIDE Cuga items, which cocoon Joshua as he drives along.

Despite only having owned the car for less than a year, Joshua is in love with the overall condition and package of the Lancer Evolution, meeting his needs for speed, handling, practicality, and emotion. 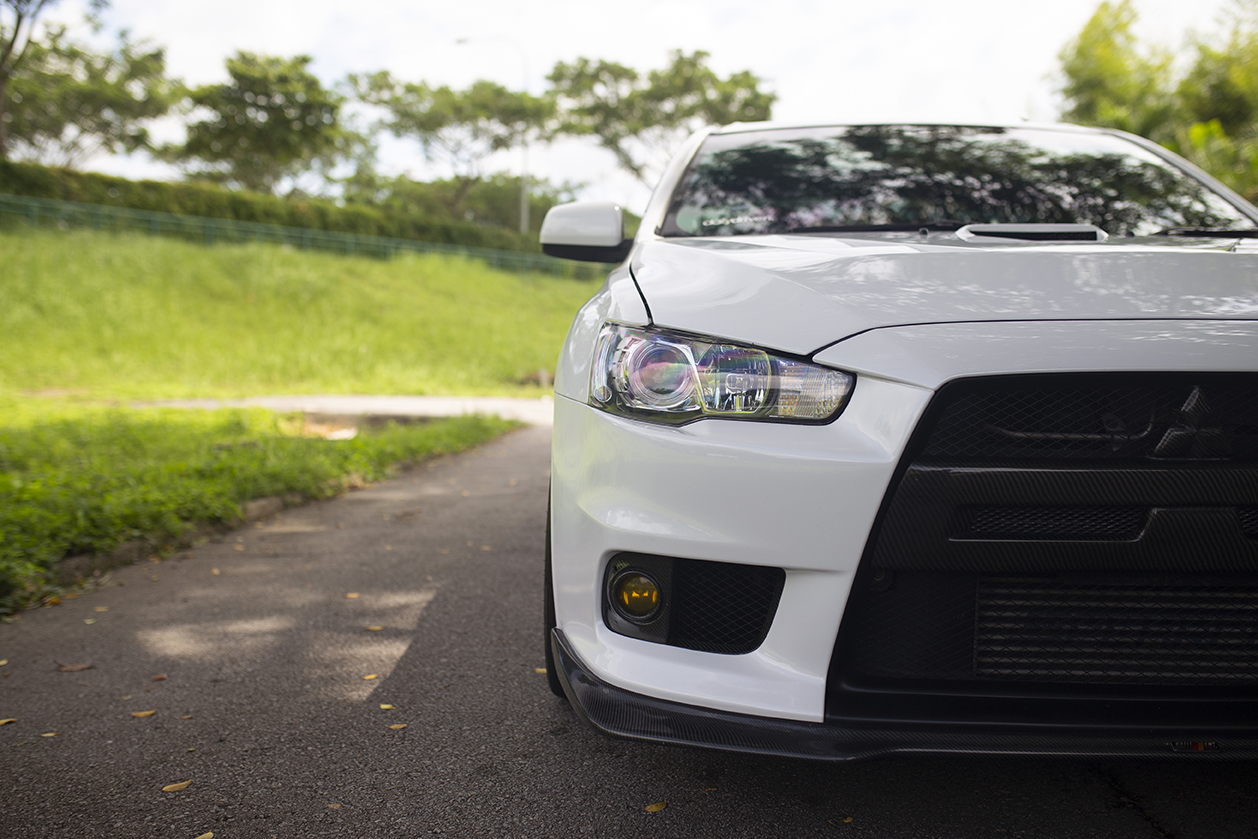 Simply driving along and enjoying his tunes with the low-pitched rumble the car makes puts a smile on his face – and with over eight years left on its second Certificate of Entitlement, he intends to fully enjoy the car as it presently is.