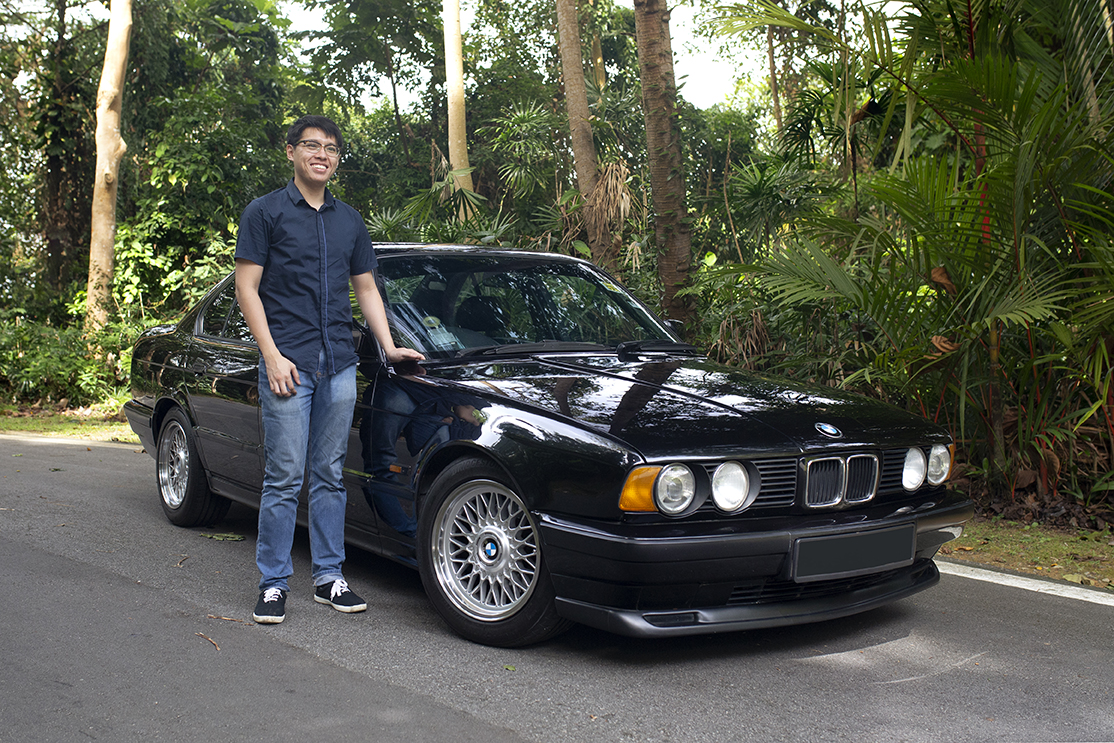 Everyone knows the BMW 520i. A perennial executive favourite, they’re usually bought by people who want something quick and comfortable, yet still crave the occasional bit of cheeky driving. 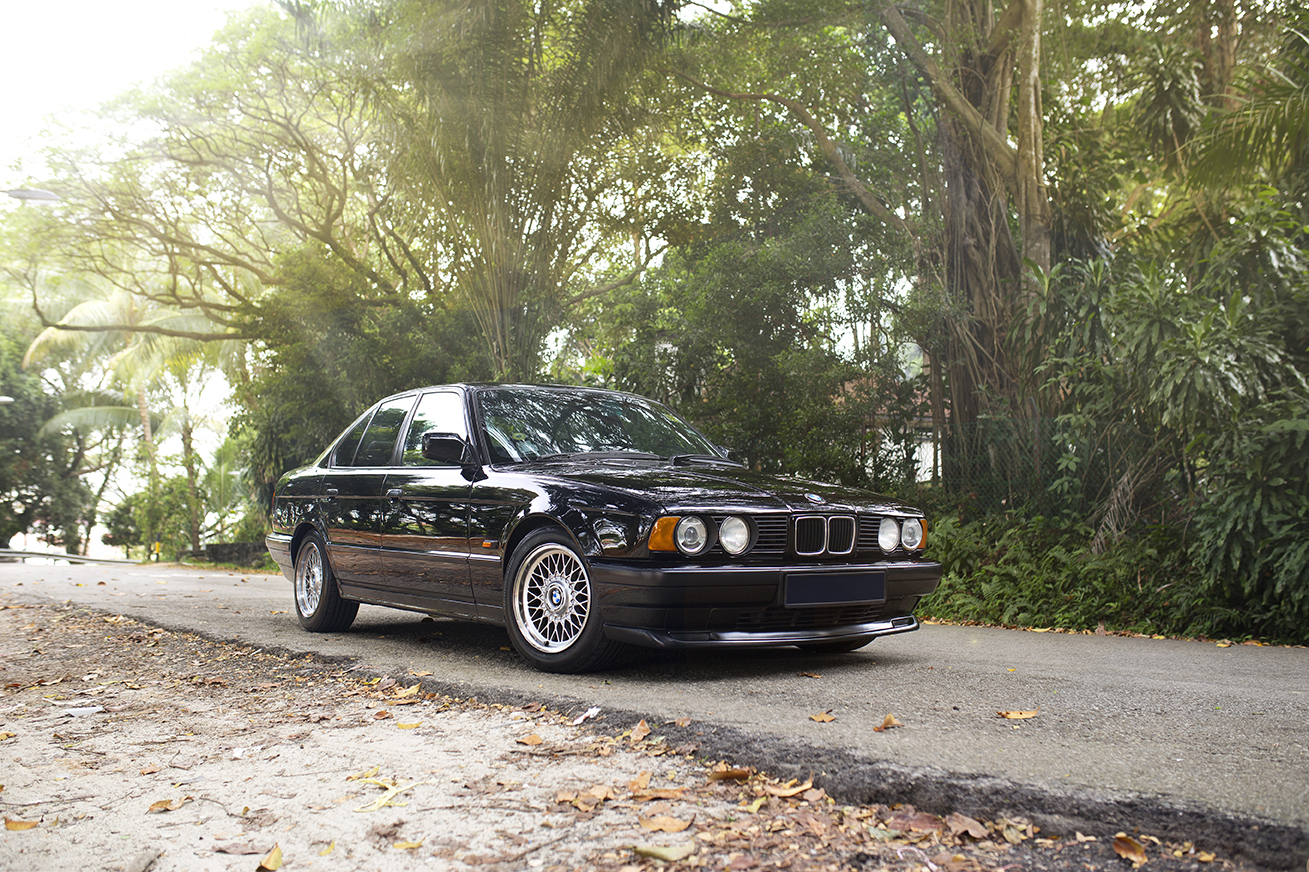 This classic 5-Series you see here belongs to Philip, a self-professed old car enthusiast with a soft spot for German sedans. In fact, this is his third classic BMW – with the previous two being both 3-Series sedans with varying power outputs. The upgrade to a 5-Series was thus a natural progression, and interestingly, this unit came along by chance, as Philip later shares.

THIRD GENERATION OF THE 5-SERIES

Philip’s BMW 520i is the third generation of the 5-Series, colloquially known as the ‘E34’ in reference to its chassis designation. As a later model, it features the updated ‘M50’ 2.0-litre 6-cylinder engine mated to a 5-speed automatic transmission. 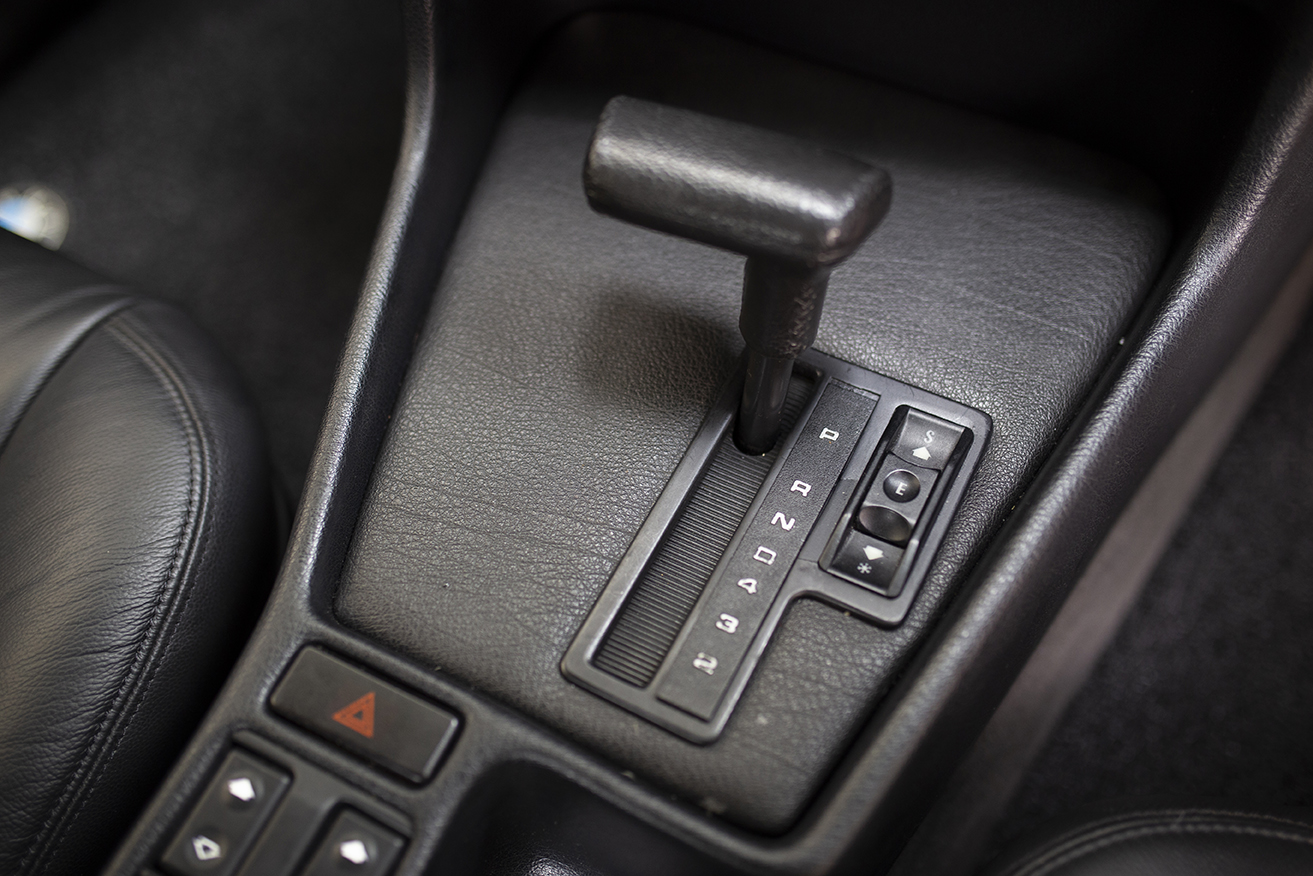 Several cosmetic enhancements have been made to keep the car looking sharp after all these years. The most obvious is a set of BMW Style 5 wheels an inch larger, wrapped in Bridgestone POTENZA S007A tyres in the 205/55 R16 size. Despite its age, Philip remarks that the car still handles rather sharply when called upon to, and the POTENZAs do an excellent job of amplifying the handling prowess that BMWs are known for.

“In my opinion, the S007As strike the perfect balance between outright grip, cabin refinement and tread wear, all within a reasonable price point. It’s no wonder that their cousin (the POTENZA S007) is offered as standard equipment on supercars like Aston Martins and Ferraris!” quips Philip. 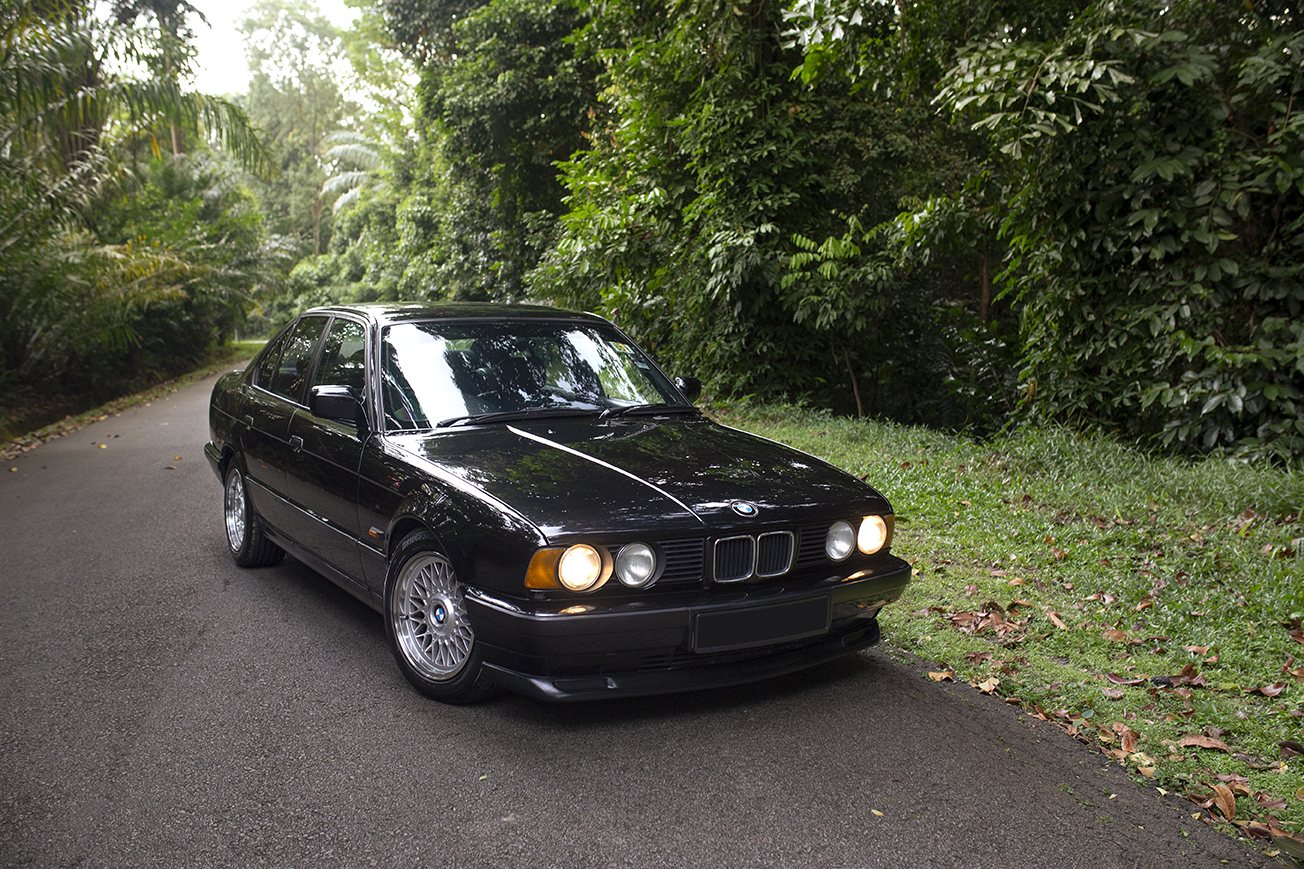 The third-generation 5-Series is when BMW shifted away from the swoopy and stylish ‘sharknose’ era in the early 1980s, and onward to an era of upright grilles and rigid angles that would provide an insight into BMW future design aesthetic.

The plain Jane front end of the car didn’t quite cut it, so a front bumper lip from the hottest 5-Series of the time – the high-revving, motorsport-bred M5 – was sourced to sharpen it up a bit. 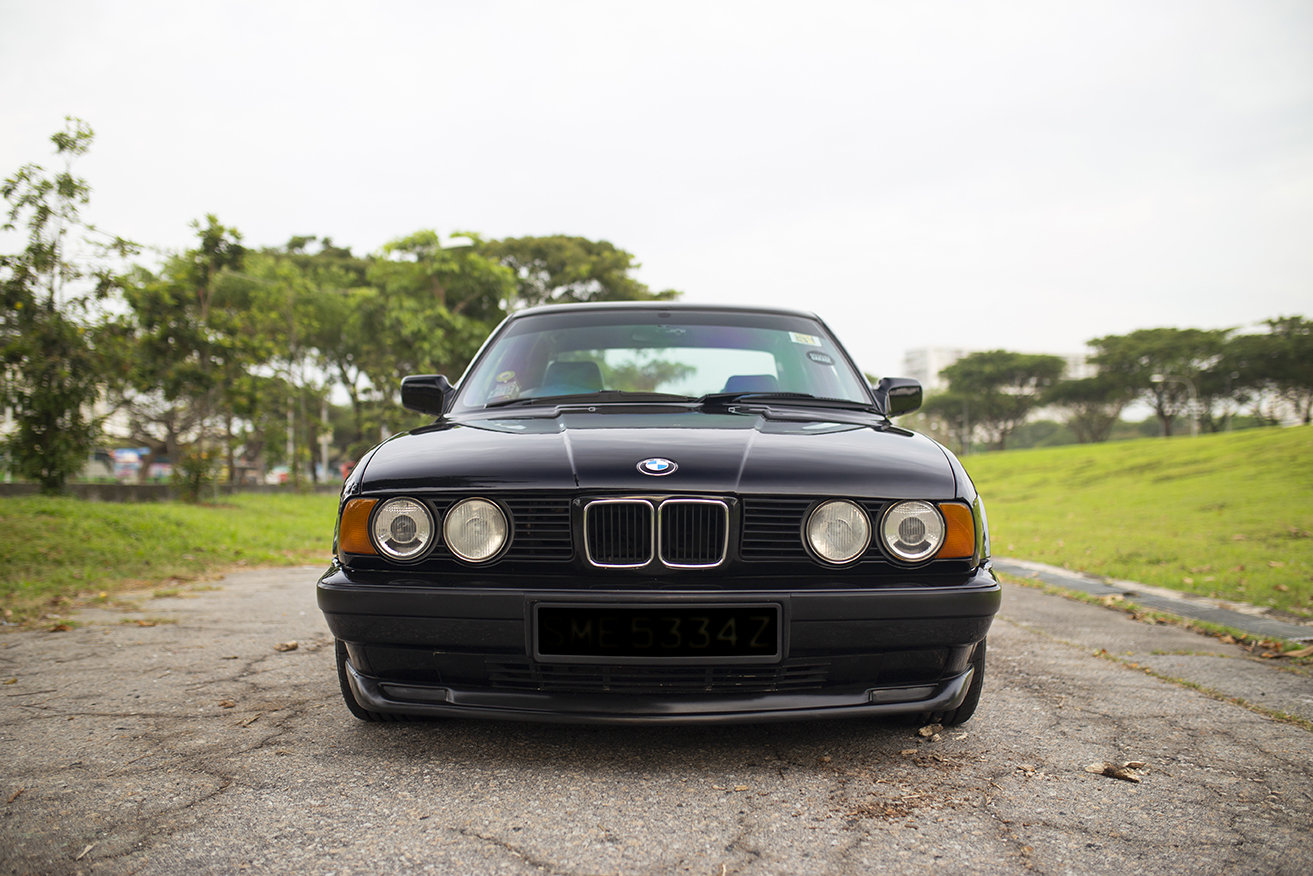 Helping put the 5-Series closer to the ground are a set of Vogtland sport springs that give it a more menacing stance, while at the same time reducing the amount of body roll that is inherent with factory suspension setups. Inside, the cabin is largely original save for a period correct 3-spoke steering wheel from German tuning house Alpina and manufactured by Momo. A modern Pioneer stereo system has also been installed for mobile phone connectivity, and to give Philip something to sing along to during long drives.

Dormant for years, the old car bug finally bit Philip in 2015 with the purchase of his first classic BMW – a third-generation ‘E36’ 3-Series sedan. Having been attracted to the car due to its low price and some choice engine parts, the relationship was short-lived due to complications with the car that proved too costly to fix.

Despite issues with the car, the brief 6 months Philip shared with the 3-Series was lengthy enough to cement his passion for classic BMWs. Swapping to a turbocharged Japanese car with an abundance of power offered him loads more creature comforts, but still lacked a certain mechanical character that made classic cars oh-so appealing.

The jump back to Teutonic motoring happened in late 2017, to the second 3-Series that immediately preceded this 5-Series. The previous owner of this car had parked up next to Philip at a gathering for like-minded enthusiasts – which drew him in like a moth to flames, thanks to its immaculate paintwork and stunning originality.

Little did Philip know that the car he shot admiring glances at would eventually turn out to be in his ownership – with thanks largely to the tight-knit classic BMW community that exists for owners to share tips and information. 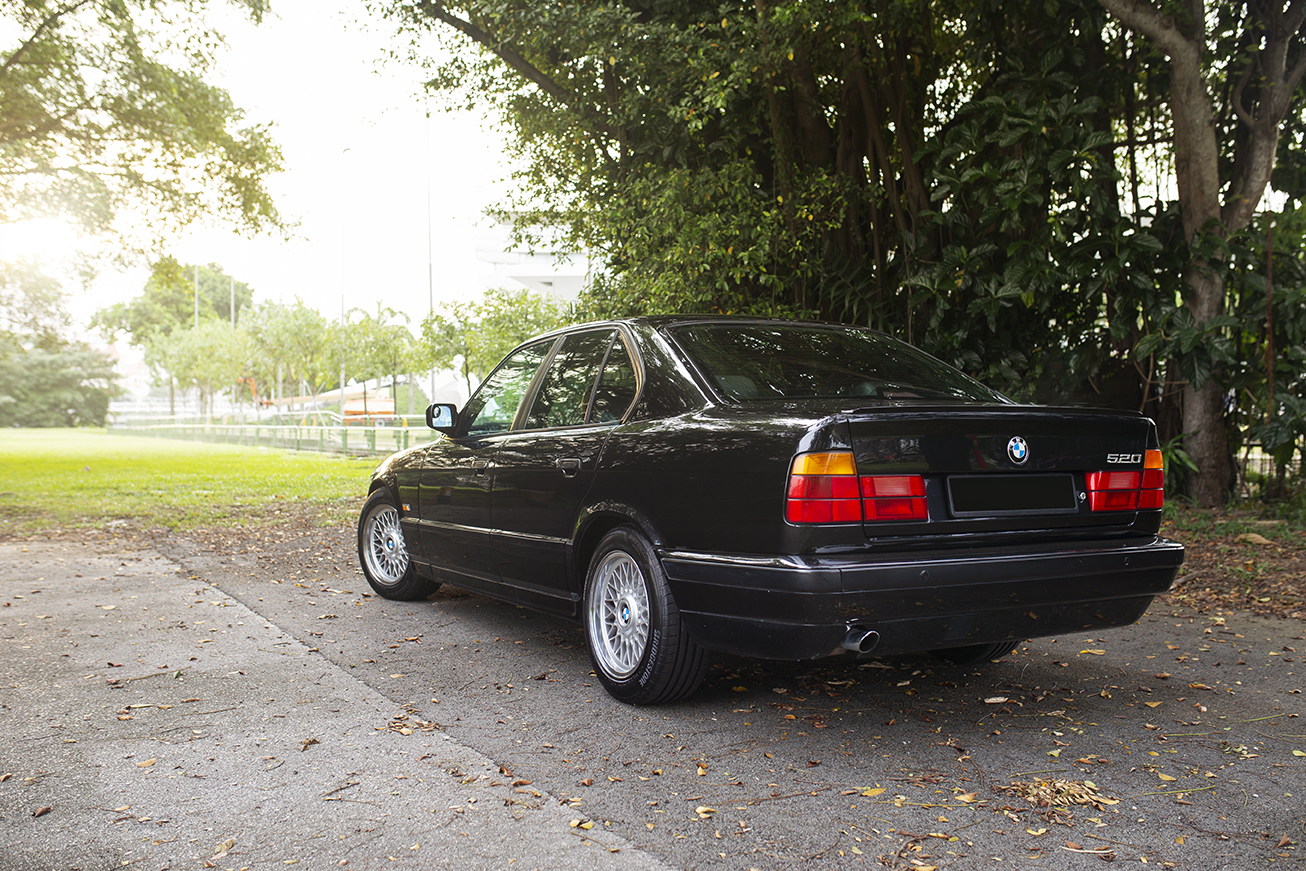 As they say, third time’s a charm, and Philip believes he’s finally found a classic that’s suitable to be a keeper. With its COE due to be renewed in a few months time, it’ll sure to be a labour of love that pays off for many years to come.