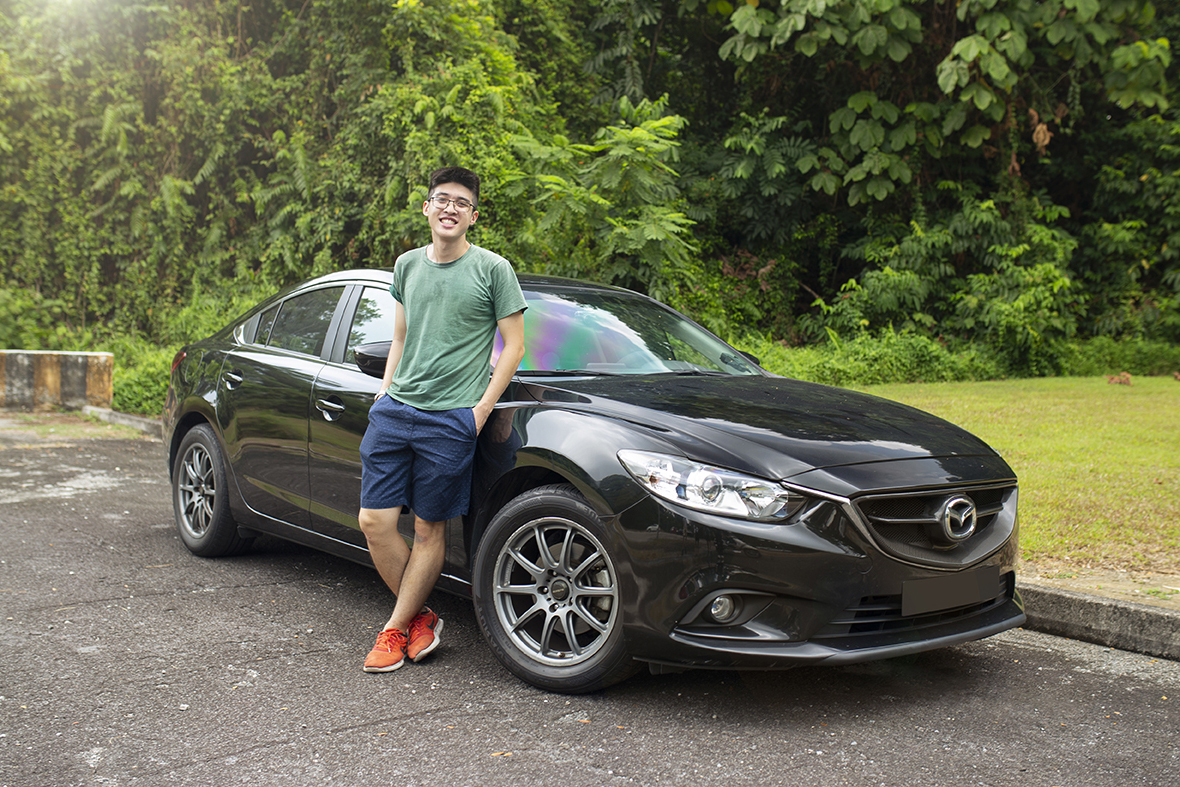 Mazda has always been known as one of the few car manufacturers that simply don’t make a bad product. Certainly, nobody’s perfect, and Mazda isn’t exempted from this rule.

WHIFF OF QUIRKINESS AND A DISCERNIBLE SPORTINESS

No matter, Mazdas have always had this thing about them that exuded a whiff of quirkiness and a discernible sportiness. Their advertising slogan ‘Zoom-Zoom’ might be a bit of a hint – and looking at their heritage models such as the Cosmo and RX-7, which used unconventional Wankel engines – it’s obvious that Mazda doesn’t simply churn out boring traditional sedans. 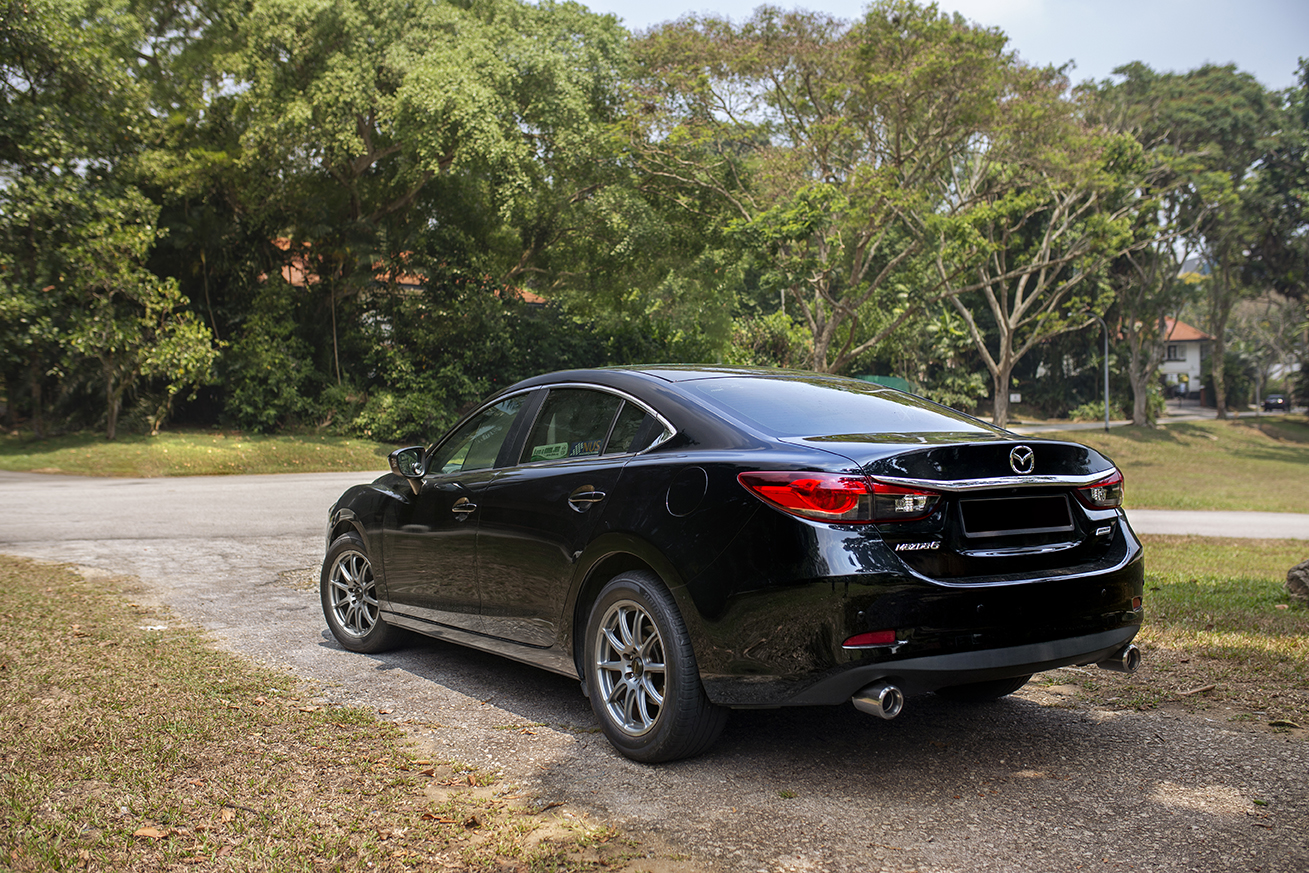 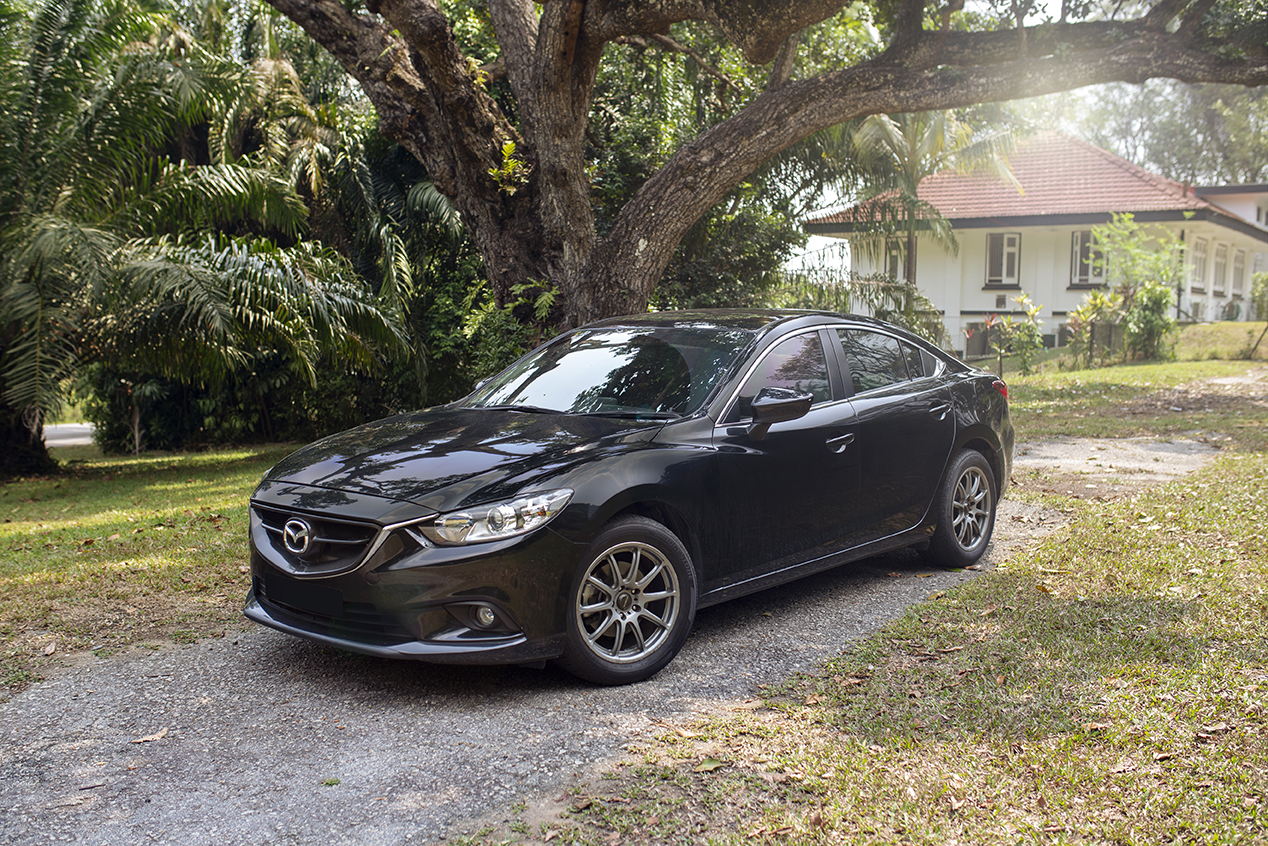 This Mazda 6 here belongs to Sze Yuan, who majors in Law at the National University of Singapore. His passion for all things automotive is shared with his schoolmates through the school’s automotive interest group, the NUS Motoring Club (NUSMC), where he’s taken on the role of vice-president.

He shares ownership of the car with his father, who was influenced by him to replace their ageing Nissan Cefiro back in 2016 with this Mazda 6 – a slightly more engaging, yet equally comfortable executive sedan that both father and son are thoroughly satisfied with. 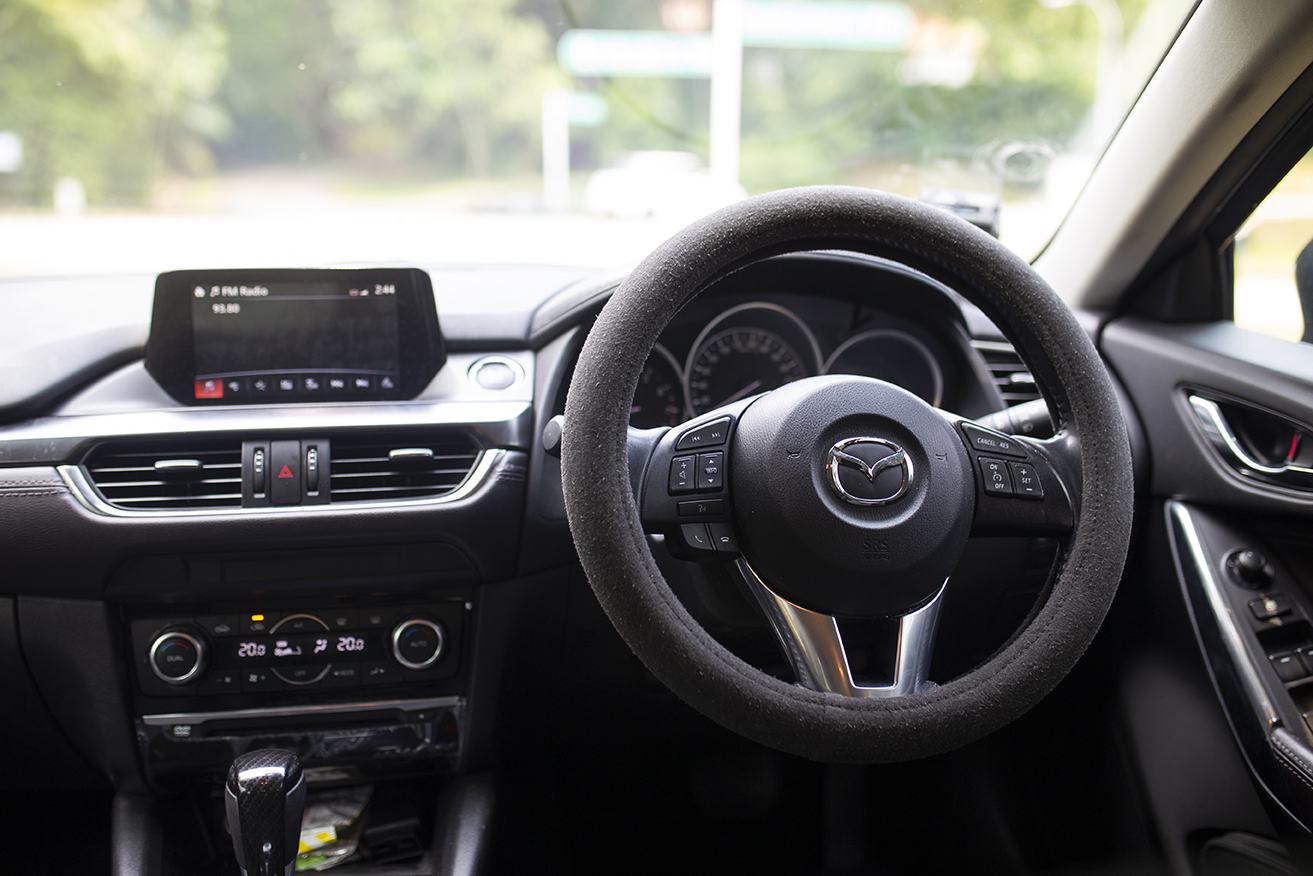 Sze Yuan’s Mazda 6 is the third generation of Mazda’s popular executive sedan, colloquially known as the ‘GJ1’ in reference to its chassis designation. As with all Mazda models of that year, it features the fuel-efficient 2.0-litre SKYACTIV-G engine mated to a 6-speed automatic transmission.

With its primary role being a family hauler, modifications were not a top priority. However, a set of Prodrive GC-010E wheels came up for sale at a price too good to resist, thus they were fitted on the car wrapped in the original-equipment Bridgestone TURANZA T001 tyres in the 225/55 R17 size.

Between his father’s relaxed driving style and his slightly more enthusiastic driving style, Sze Yuan remarks that the car laps up all road conditions with ease. “I feel that the Turanza T001 really fit the bill as a luxury touring tyre – they excel not just solely in comfort aspects, but manage to blend comfort, dry grip, and fuel efficiency in an all-rounded package.” 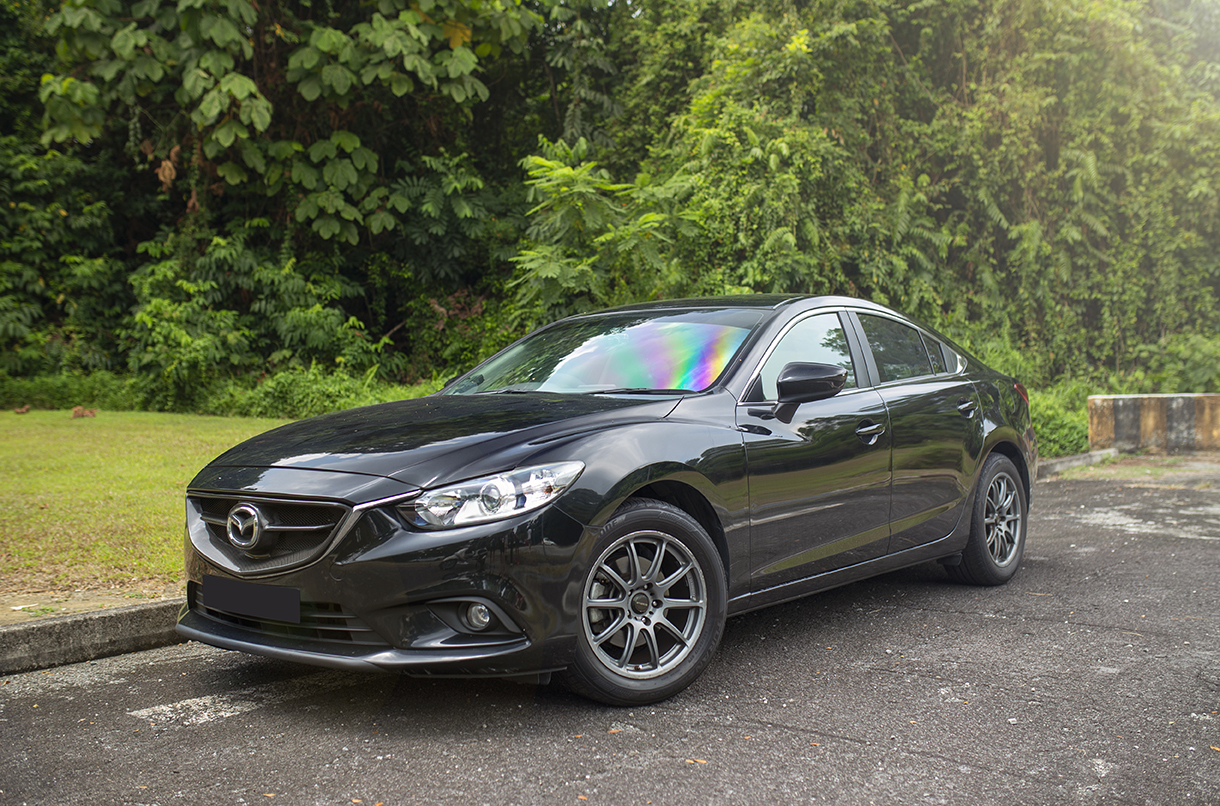 Frequent trips up to Kuala Lumpur to visit relatives allow the family to fully enjoy TURANZA T001 comfort levels. Soaking up all the harsh road conditions - from poorly surfaced roads to potholes - they allow whichever family member is in the rear seat to have an uninterrupted snooze. Sze Yuan recounts an incident in particular where he hit a well-hidden deep puddle of water at 110km/h, which TURANZA T001 handled with aplomb. Despite being slightly unsettled, they allowed the car to stay controlled and predictable, allowing it to be steering confidently back to the middle of the lane.

THE TURANZA T001'S WET WEATHER PERFORMANCE WAS PUT TO THE ULTIMATE TEST DURING A FAMILY HOLIDAY.

The TURANZA T001's wet weather performance was put to the ultimate test during a family holiday last year to Cameron Highlands. It is one of the family’s favourite holiday destinations with something for everyone – cool weather and scenic hiking trails for the parents, dainty high teas and strawberry desserts for the sister, and over a hundred kilometres of twisty mountain roads for Sze Yuan to exploit the Mazda’s agile chassis.

It was nearing the conclusion of one such holiday where the weather had slightly different plans for them. Heading home, and making their way down the mountain gingerly amidst a thunderstorm, they encountered standstill traffic about part way down; an oddity considering how light traffic was that day.

It turned out that a severe landslide blocked the road in both directions, with a 2-hour wait before it was cleared and the road reopened to traffic. Several more minor cases of erosion also occurred further down the road, leaving the lanes strewn with mud and gravel. Having experienced the surefootedness of TURANZA T001 in those dreadful conditions, Sze Yuan had a newfound respect for them. 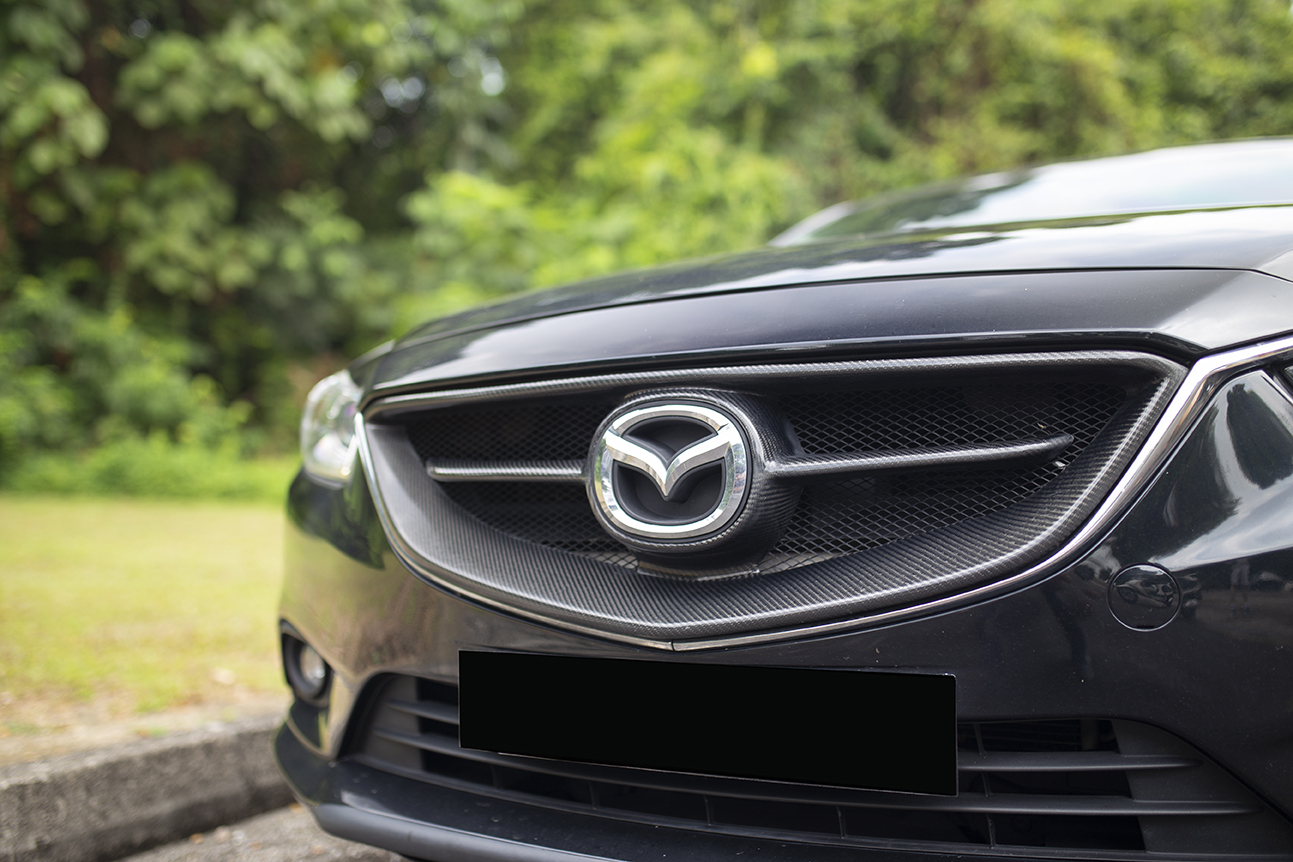 On an individual basis, the Mazda has helped Sze Yuan grow in confidence with each added kilometre of practice. When he was a fairly new driver, the margins of error afforded by TURANZA T001 and its progressive breakaway as he reached the limits were useful when learning exactly how to control the car.

Saturday nights are spent enjoying the Mazda's nimble chassis and exploring the limits of grip on twisty roads, while his mother’s tingkat carriers for Sunday morning swing around the boot. Though the TURANZA T001 are appreciated for their silence and comfort, a set of POTENZA S007A are in the pipeline for the best of both worlds.

Similarly, as he gains experience as a driver, Sze Yuan has plans for the Mazda to grow and improve as he does, both as a family roadtrip warrior and as an unexpected performance-driving machine. 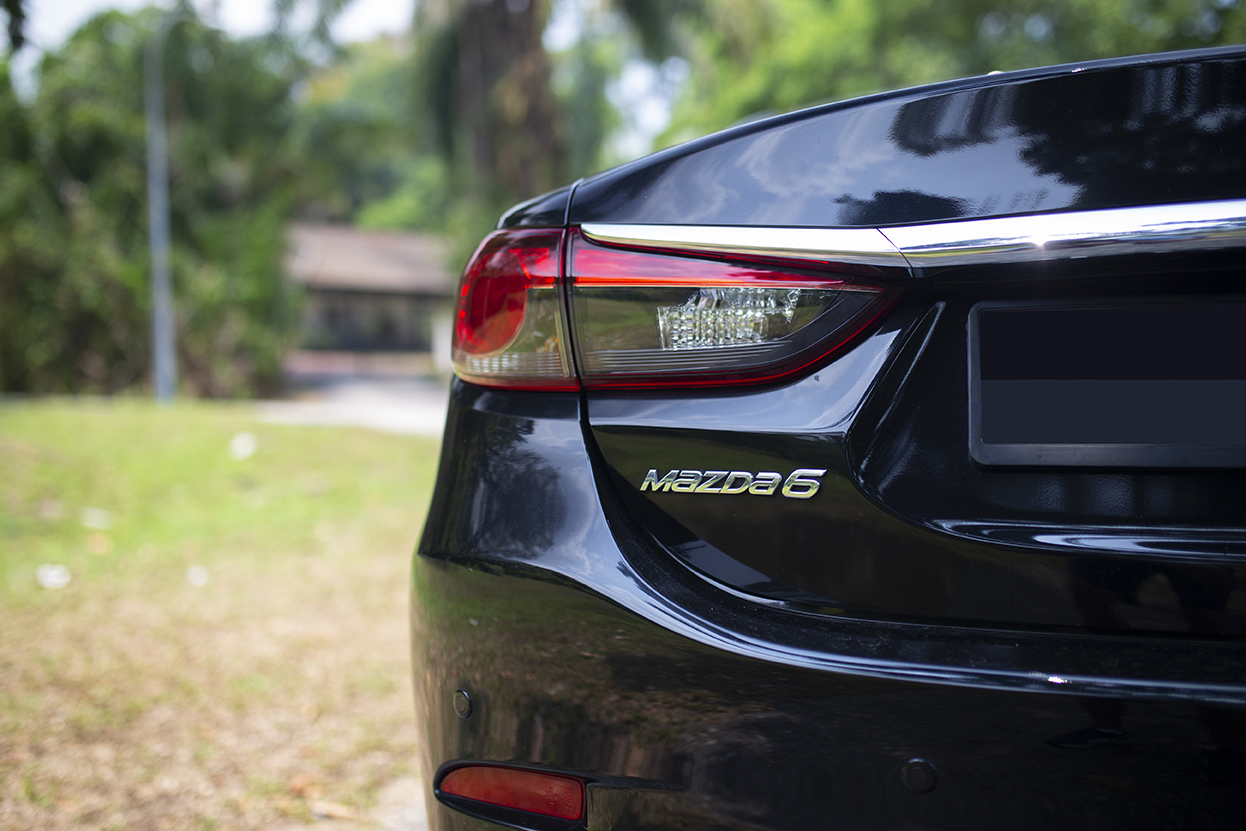 If you’ve got a cool ride or an interesting story about your car that you’d like to share, do get in touch with us at enquiry.singapore@bridgestone.com or via our social media pages on Facebook and Instagram.