You might not have realised it, but the Subaru’s best-selling SUV, the Forester, has been in production for over 20 years now. The Forester was one of Subaru’s first emerging crossover SUVs – preceded only by the larger Outback – built on the platform of a regular sedan, but with lifted suspension and a higher seating position. 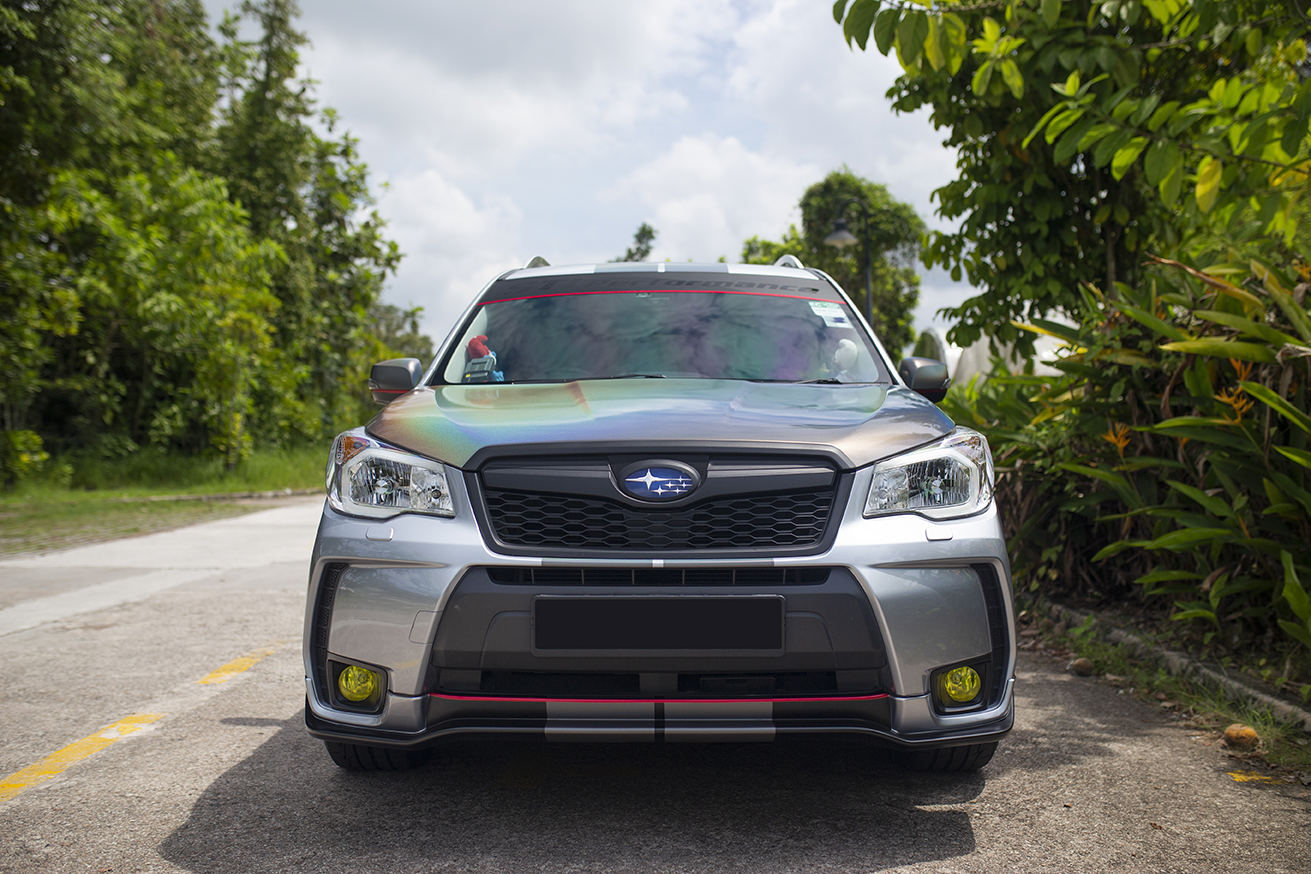 Introduced in Japan in early 1997, the first-generation Forester filled the space in Subaru’s lineup for a small crossover between the compact-sized Impreza and the mid-size Legacy/Outback. It offered all the benefits of a full-sized SUV when driving on uneven terrain, yet offered excellent fuel economy and remained easy to manoeuvre around small cities. Being based on the immensely popular Impreza sedan had its benefits, with numerous shared engines and parts. Buyers were drawn in particular to the turbocharged variant of the Forester, which was mechanically similar to the Impreza WRX and had equal potential for modification.

Today, the Forester is Subaru’s best-selling model around the world, making up a sizeable percentage of sales across its product lineup. Locally, 7 in 10 new Subarus that leave the showroom floor are a Forester model of some sort – so it’s no surprise when the top honchos at Subaru say that the Forester is an important model for them. 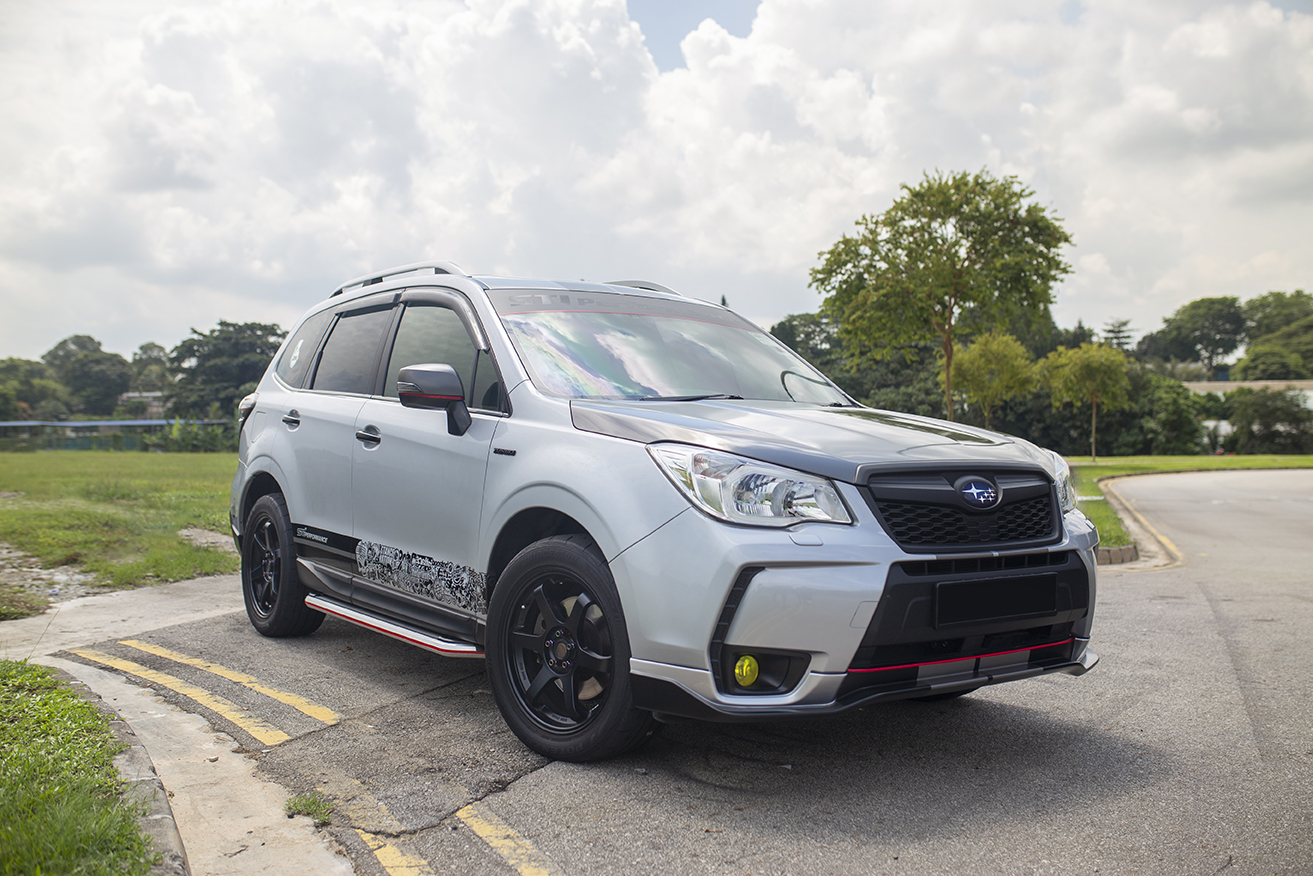 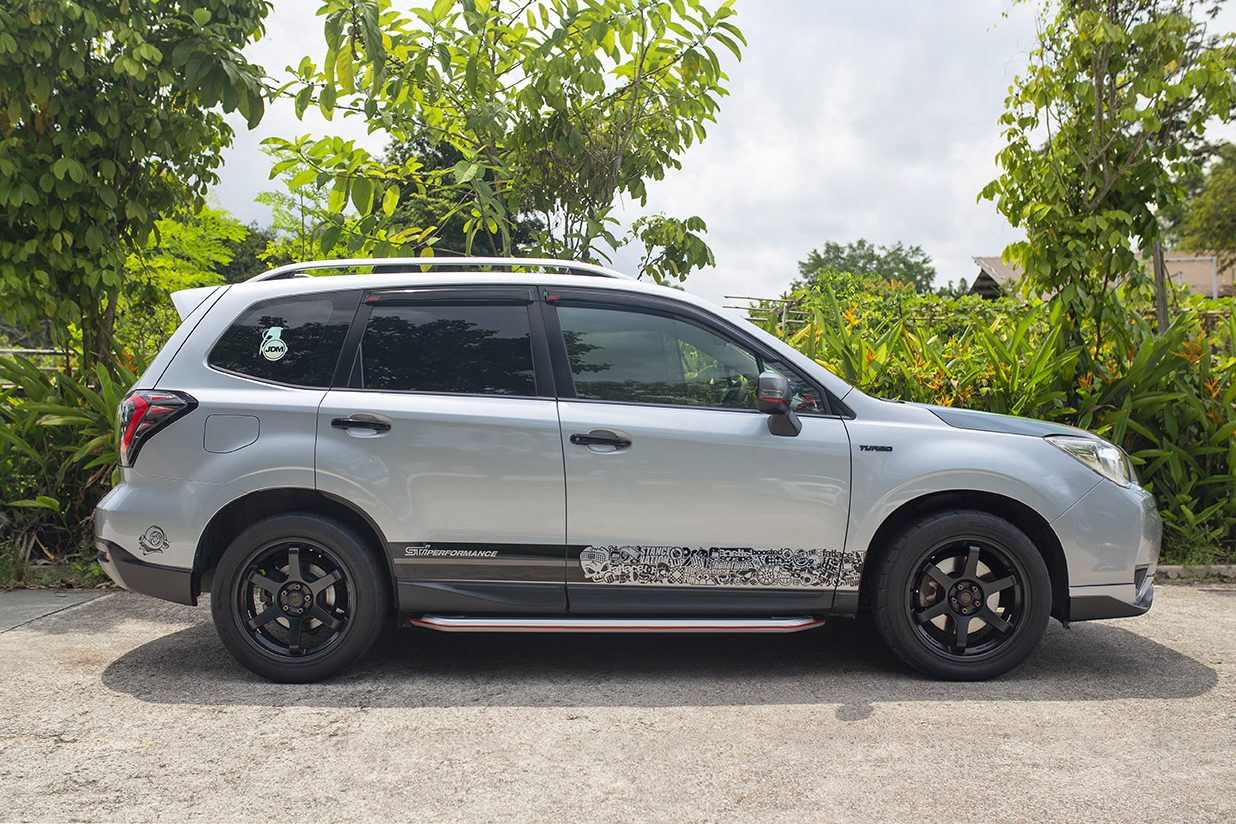 This Subaru Forester XT here belongs to Dinesh, a regular with the Singapore Armed Forces and a father to young Preihan. Having previously owned a two-door coupe, Dinesh quickly realised that a larger car was necessary as his son grew up – thus he decided on a Forester owing to the space and power on offer. 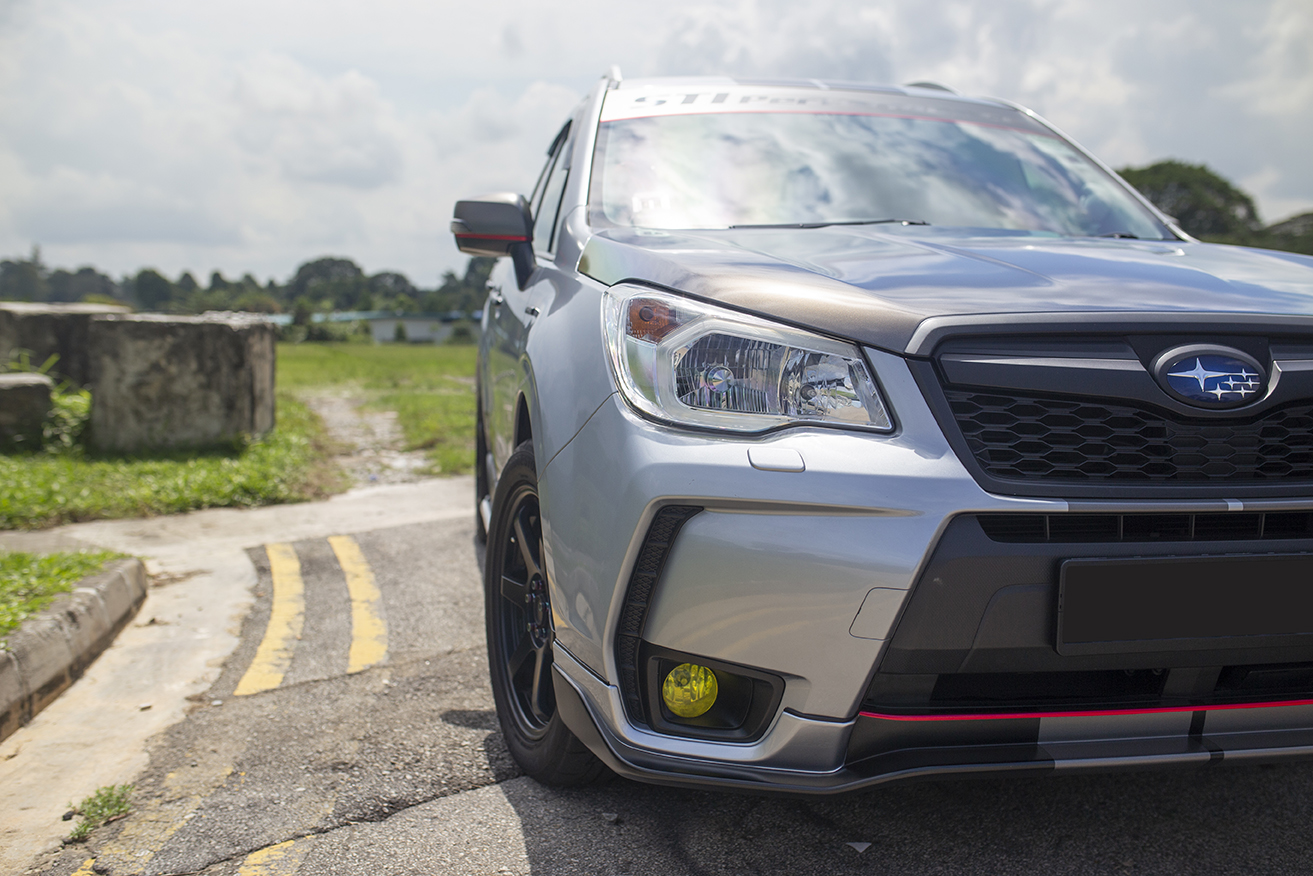 Dinesh’s Subaru Forester is the fourth generation of Subaru’s best-selling model, colloquially known as the ‘SJ’ in reference to its chassis designation. Being the top of the line turbocharged ‘XT’ variant, the Forester is powered by a 2.0-litre turbocharged Boxer engine, mated to a continuously variable transmission (CVT).

Serving its primary purpose as a family car, Dinesh has decided against modifying the Forester and has instead chosen to personalise it aesthetically. A set of Volk Racing TE37-inspired wheels replaced the chunky factory-fitted items, together with a set of Bridgestone POTENZA Adrenalin RE003 tyres in the 235/50 R18 size.

A formerly staunch supporter of an ultra-high performance tyre model from a different manufacturer, Dinesh recognised the shortcomings that the specific tyre model had in wet weather conditions – thus he sourced a good all-rounder in the form of the POTENZA Adrenalin RE003.

“After my son came along, I realised that for his safety, I couldn’t afford to trade wet weather performance for outright dry grip. After doing some research, a friend recommended the (POTENZA Adrenalin) RE003 and I’ve been in love ever since! They’re great in all weather conditions, and can spring to action immediately whenever I’m in the mood for some fun!” 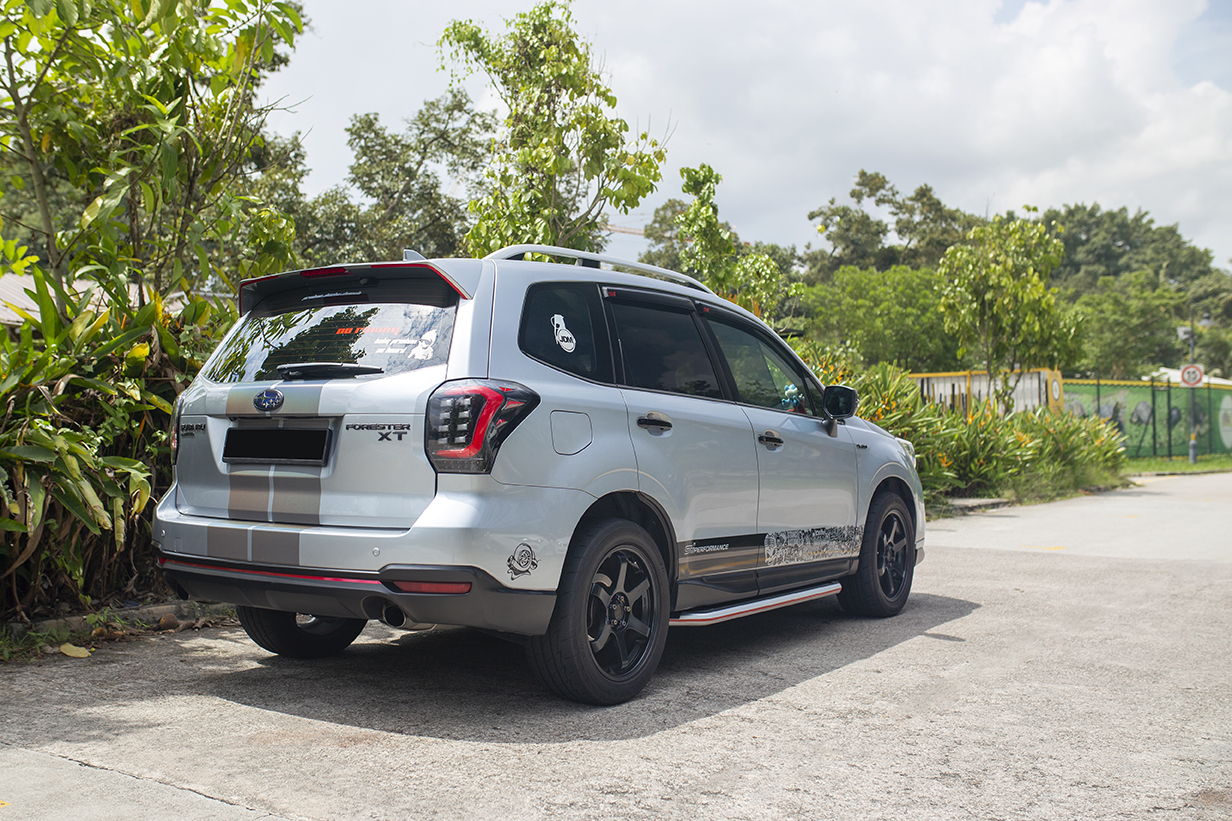 Being a father has certainly shifted Dinesh’s priorities slightly. He’s transitioned from someone who regularly drove sporty modified cars, to a practical parental figure that prioritised safety above everything else.

FORESTER: ONE OF THE MOST HIGHLY RATED

That was one of the motivations that led to the purchase of the Forester, which, amongst the numerous Japanese SUV models, was one of the most highly rated by the United States’ National Highway Traffic Safety Administration (NHTSA) and the European New Car Assessment Programme (Euro NCAP). 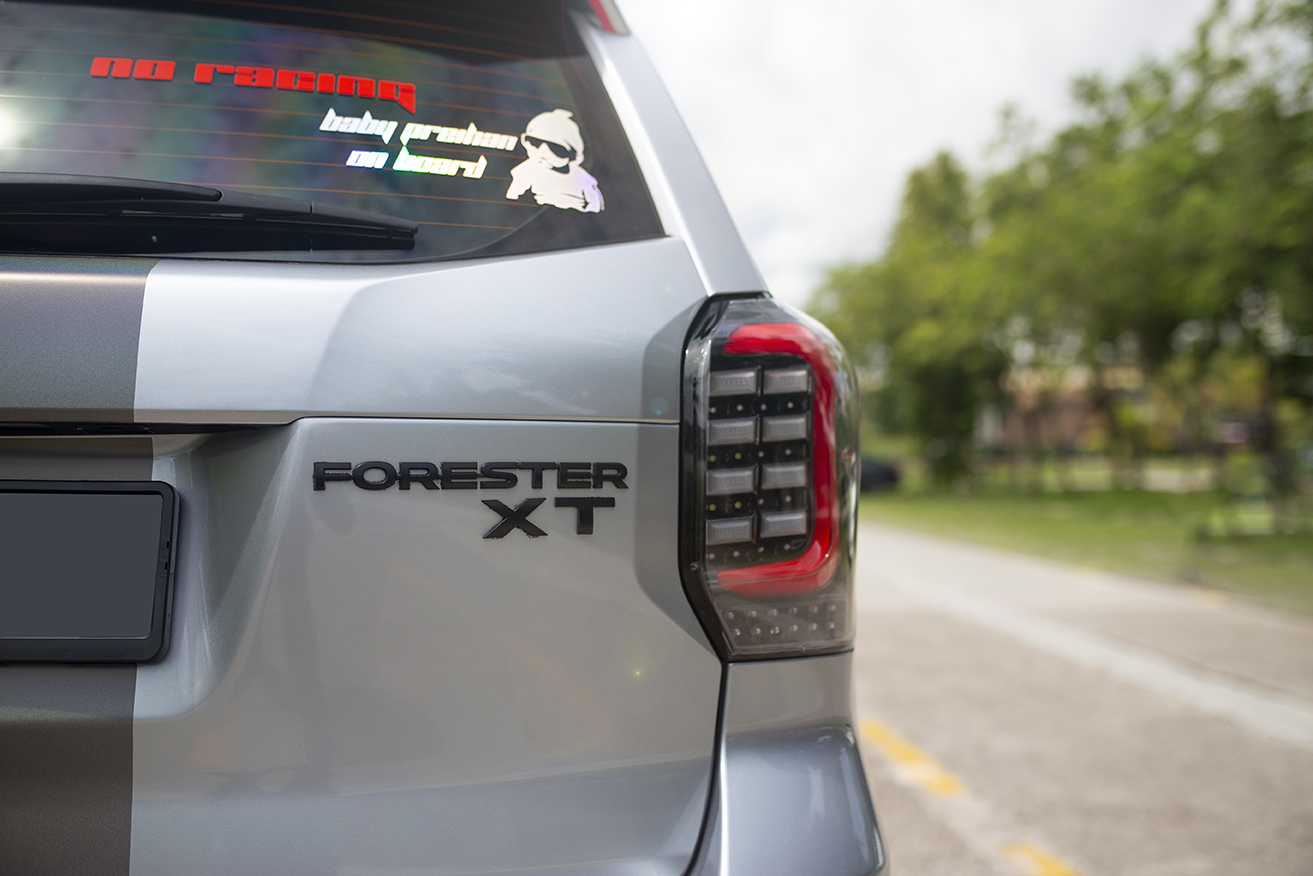 Little Preihan loves the car too, as the additional space now allows him to fully recline in the back seat while his parents shuttle him to and from school, and on family outings to the movies during the weekends. 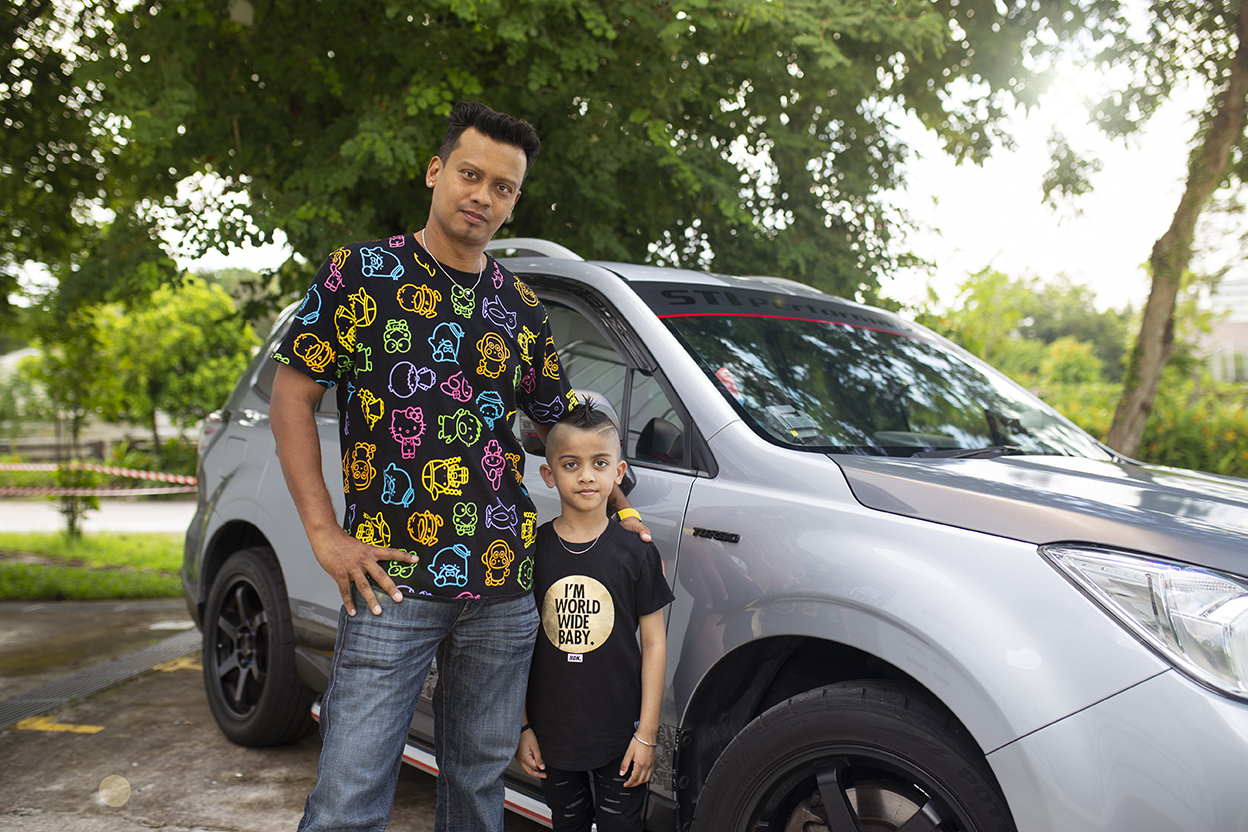 Having future-proofed the family car with a powerful and spacious SUV that his son can grow into, Dinesh has satisfied both his needs as a petrolhead and as a father. Ensuring a safe journey for his wife and son each day is the least he can ask for, and the Forester is perfect with its family friendliness.