Colin chose the POTENZA S007A, Bridgestone’s flagship high-performance tyre, in the size of 215/55 R17 for his Honda Odyssey.

When it comes to car buying, you’ll discover that each vehicle type has certain consumer archetypes that tend to gravitate towards it. Young singles tend to go for sporty-looking coupes, middle-aged males tend to go for luxury sedans, while small families typically choose a compact crossover.

If you delve a bit more into Singaporeans’ car buying habits, however, there are fragmented segments of the market that’ll report that they purchased their car not due to preference, but out of necessity. Business owners or management-level staff might’ve bought something more posh than they need – an Audi A6, for example – as they need to ferry clients around for work. 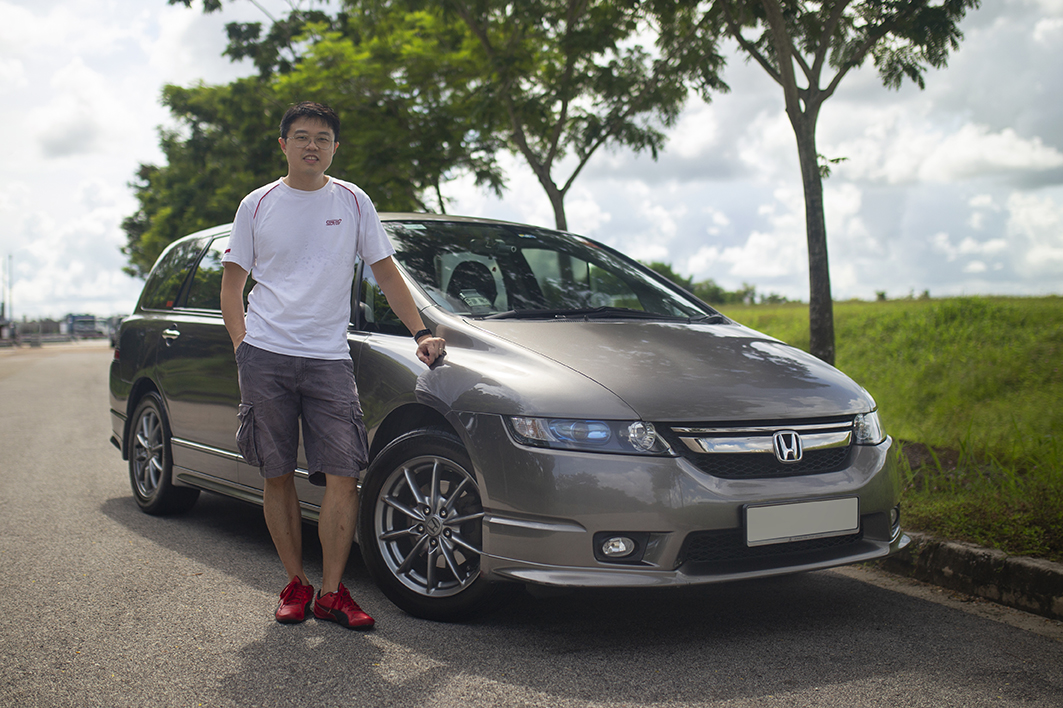 Enter Colin, the owner of this Honda Odyssey. An engineer by trade and a gearhead through and through, he’s owned a string of enthusiast cars over the years, from a Mazda MX-5 to a Subaru WRX STI. Unfortunately, the arrival of his third child in 2018 meant that a sedan would no longer suffice, and the family car would need to be replaced with something that offered a third row of seats.

one of the best-handling MPVs

Colin wasn’t one to simply settle for the first 7-seater he saw, though. When embarking on the purchase process, he had done his homework – according to several reputable motoring publications, the Odyssey was one of the best-handling MPVs on the market when it hit the market back in the mid-2000s. 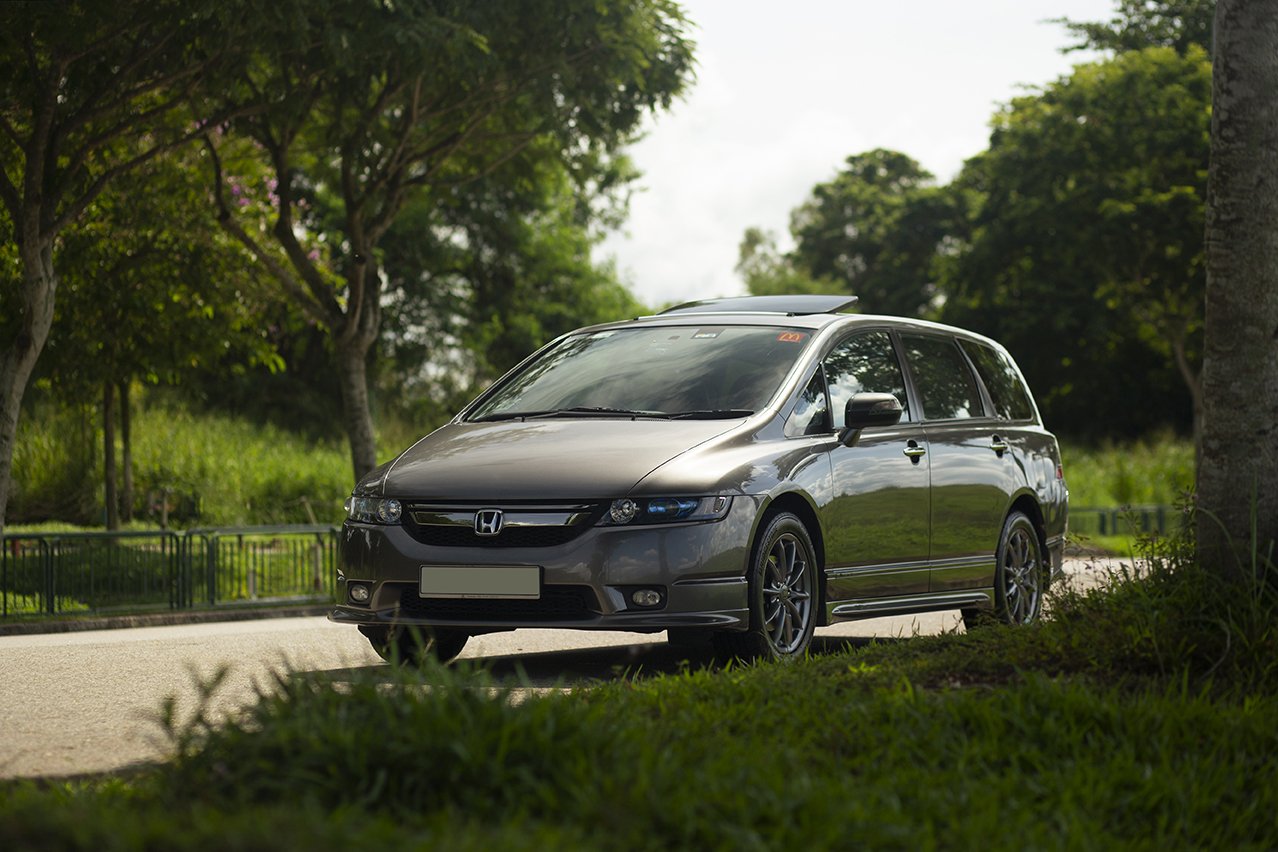 As a package, the Odyssey had a lot going for it. It was sleek and compact with a low roofline, with a more car- or wagon-like appearance rather than that of a traditional tall MPV. Exterior styling cues accentuated the car’s sportiness, with a slim grille and lights paired with funky blue lenses. Inside, it had a futuristic-looking dash with blue-lit gauges and displays. 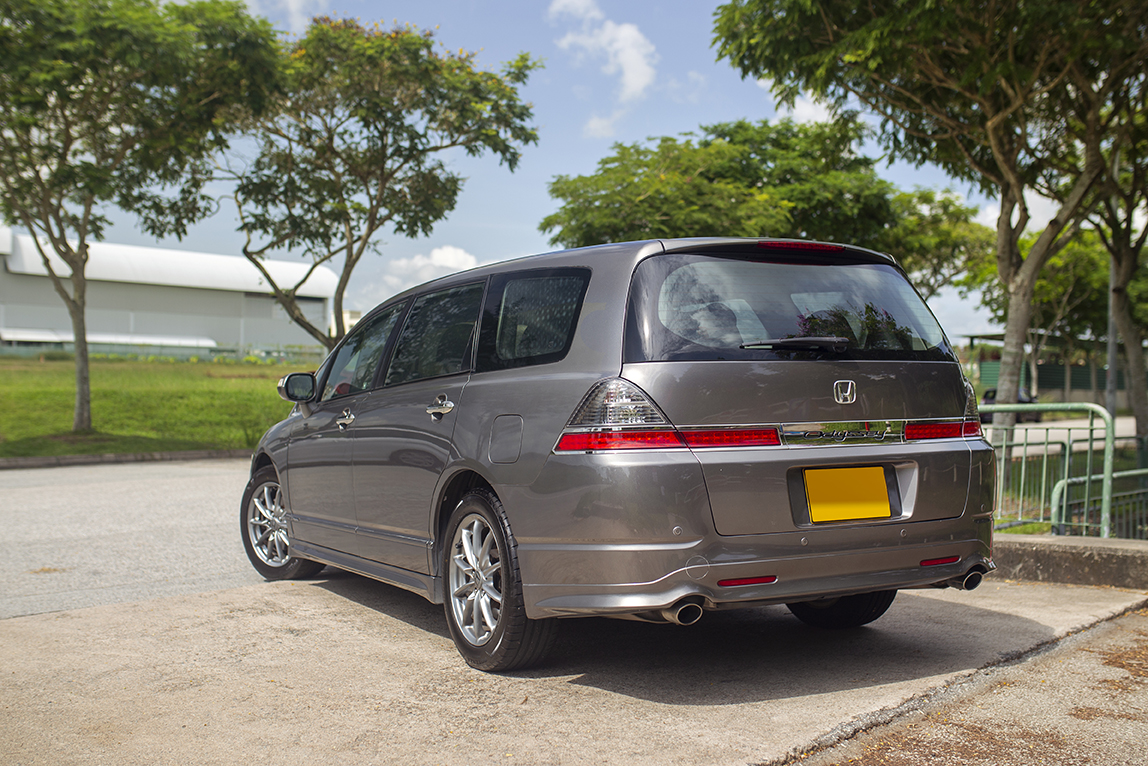 These styling traits, combined with its best-in-class handling characteristics, were what led Colin to pick the Odyssey over other similar-sized MPVs when in the market. Despite its large dimensions, its styling makes the Odyssey a car that Colin would actually look back at after locking it! 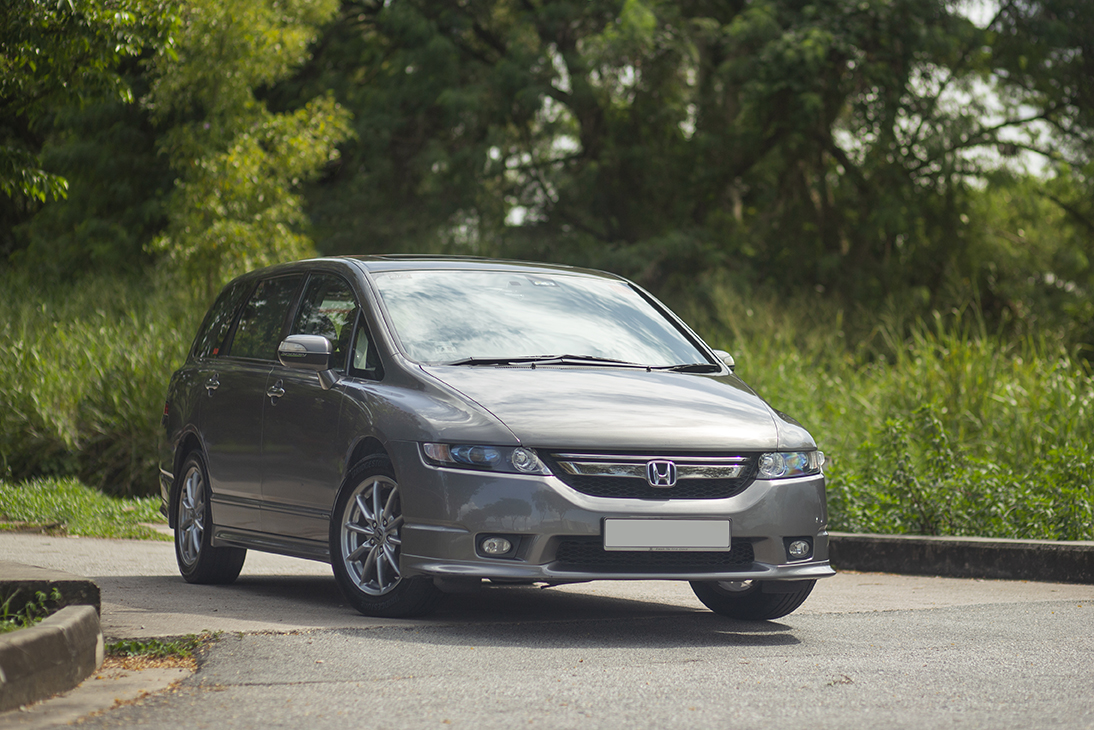 Colin’s Honda Odyssey is the third generation of Honda’s popular MPV, and is a facelifted unit that goes by the ‘RB2’ chassis code. Powered by a 2.4-litre ‘K24A’ VTEC engine mated to a 5-speed automatic transmission, the Odyssey is no sports car, but neither is it a slouch – Colin gleefully quips that it’s still able to overtake some smaller sedans despite its size and age.

Colin’s ethos is ‘stock is best’

With his cars, Colin’s ethos is ‘stock is best’, choosing to keep them as original as possible, just as the engineers intended. Apart from several small custom decals and stickers around the exterior, nothing on the Odyssey has been modified. Being a COE car that’s gone past its 10th birthday, though, Colin has replaced several wear & tear components with original parts to keep the car fresh.

One thing he couldn’t possibly leave alone, however, was the Odyssey’s tyres. Shortly after taking delivery of the car, he found that he wasn’t quite able to fully experience the handling traits that were much raved about by journalists. In an attempt to see just what the Odyssey’s chassis could do, he decided to put on some stickier rubber to test the limits. 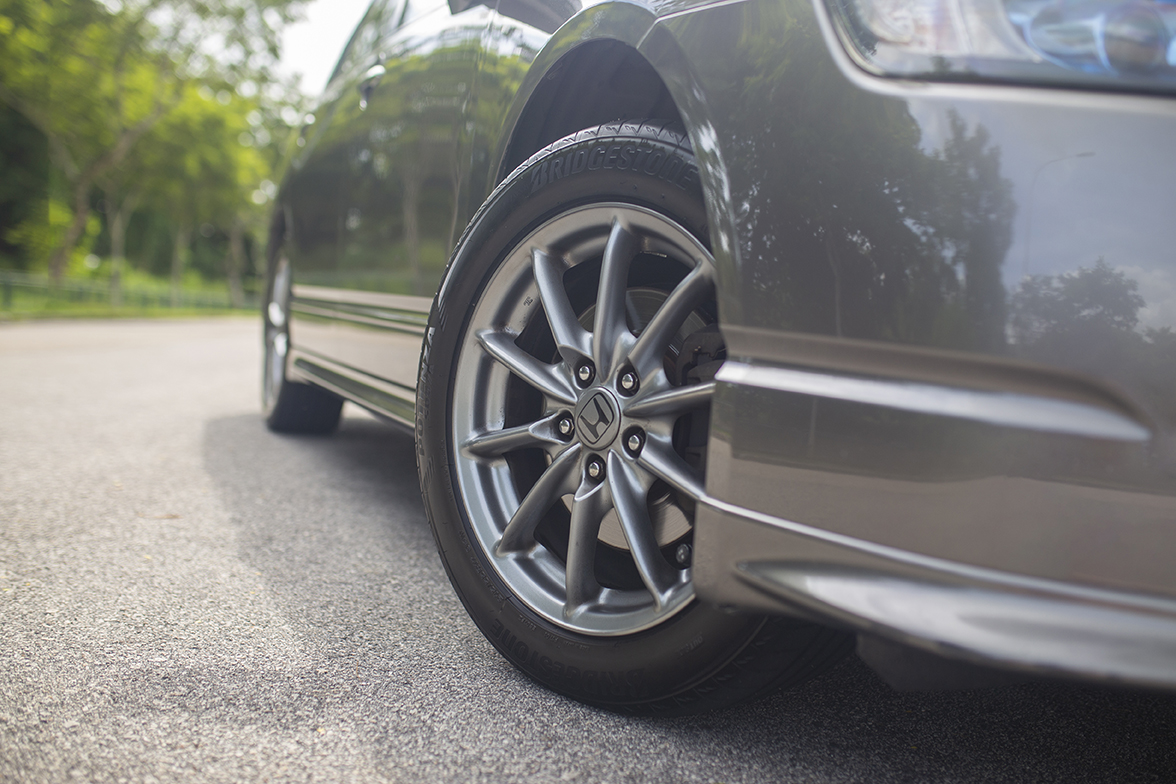 Coincidentally, the POTENZA S007A had just been recently launched, thus a visit to his regular tyre dealer, Yap Brothers Motorsports, saw the Odyssey fitted with a set of Bridgestone POTENZA S007A in the tyre size of 215/55 R17.

Immediately, Colin could feel the stark difference between his new POTENZA tyres and the energy-efficient tyres that had been fitted by the previous owner.

“After I put on the S007A, the results were astounding – the handling of the car had really transformed! The grip is phenomenal, and there’s confidence when driving it in all weather conditions.”

Despite being a rather hefty car, Colin still tries to have some fun with the Odyssey, pitching it into corners whenever possible and seeing how much of his enthusiasm the car can take. Of course, that’s only done when the kids are not in the car – the Gran Turismo soundtrack that’s on heavy rotation might’ve something to do with that. 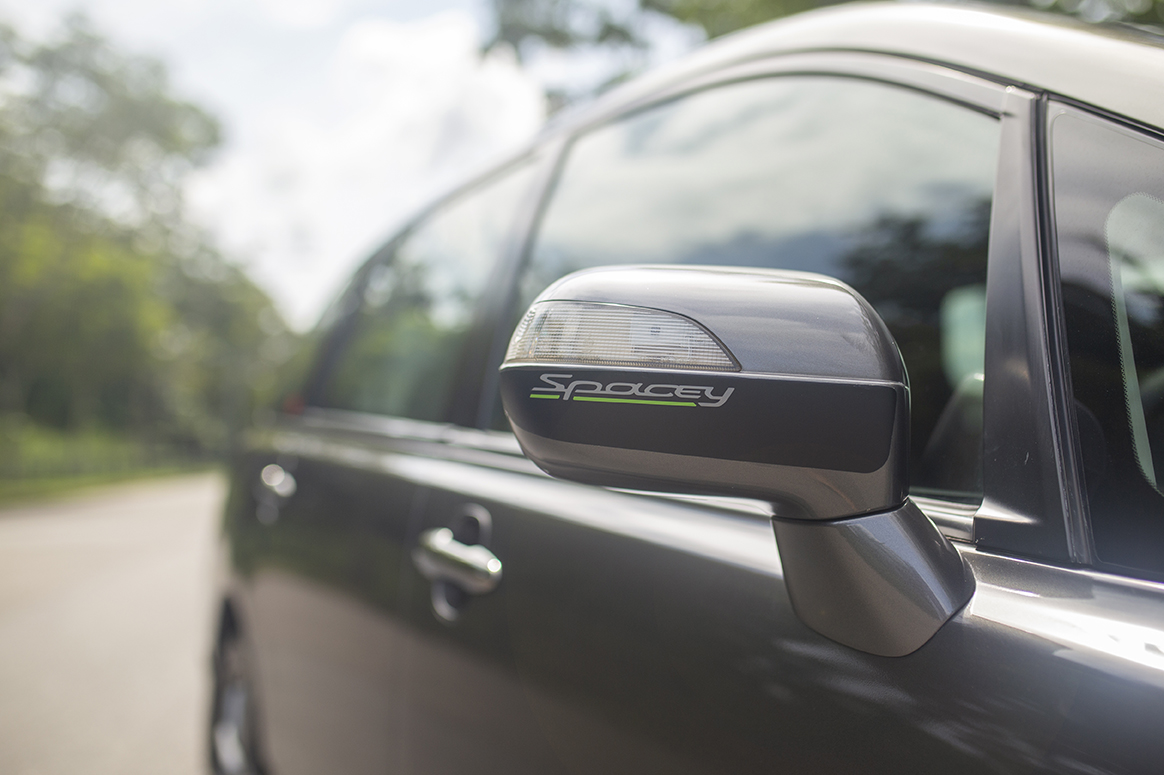 When the kids are around, however, they get to enjoy the Odyssey’s cavernous interior while singing along to Japanese anime soundtracks. In fact, Colin and his kids have given the Odyssey a name – Spacey – which refers to both the car’s spacious interior, as well as its styling that evokes images of a spaceship going on an odyssey in space.

every family man’s idea of bliss

After the COVID-19 situation improves, plans have been made to take Spacey up for a family road trip up to Malaysia. With the open highway in front, the wife in the front passenger seat, and the kids singing along in the back seat, it’s every family man’s idea of bliss! 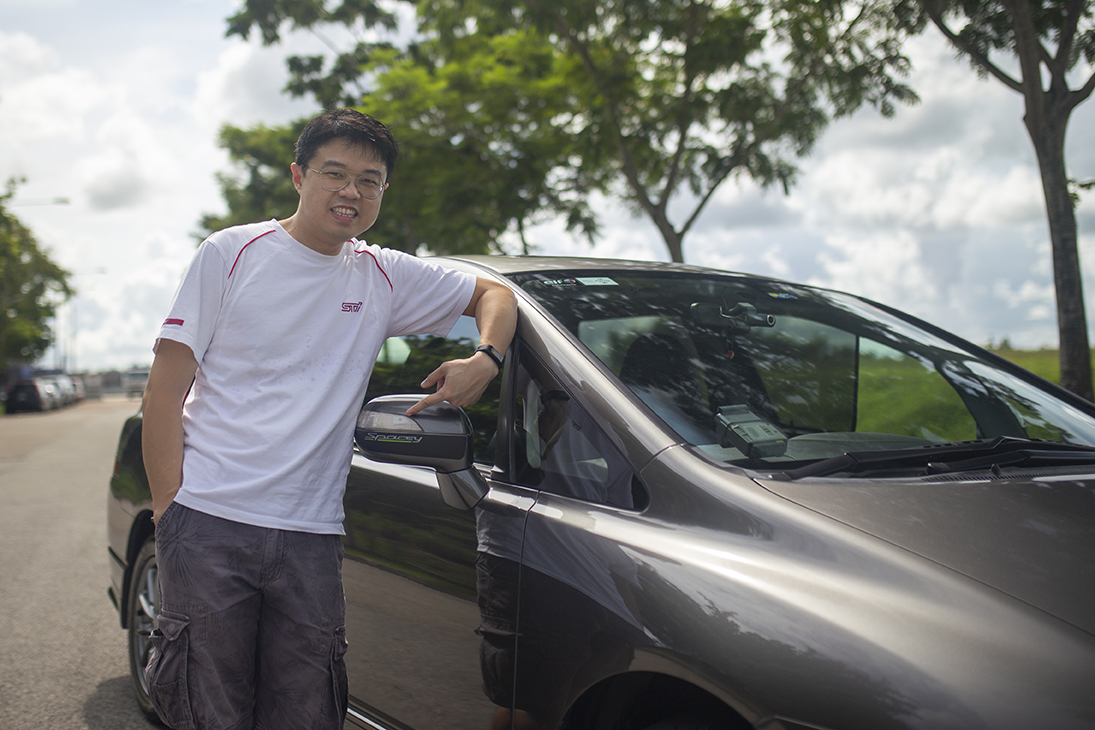