Gabriel chose the POTENZA Adrenalin RE004, Bridgestone’s street performance tyre, in the 205/50 R16 size for his Suzuki Swift Sport (ZC32S).

Amongst the local car enthusiast scene, there’s a clear, two-camp split right down the middle.

Comprising the first camp are the purists; those that hold the strong belief that designers and engineers know best. When buying a used car, phrases like ‘original equipment’ and ‘dealer maintained’ are things they look out for. Everything needs to be approved by their car manufacturer, from bodywork, to wheels, and even to small items such as an air filter. 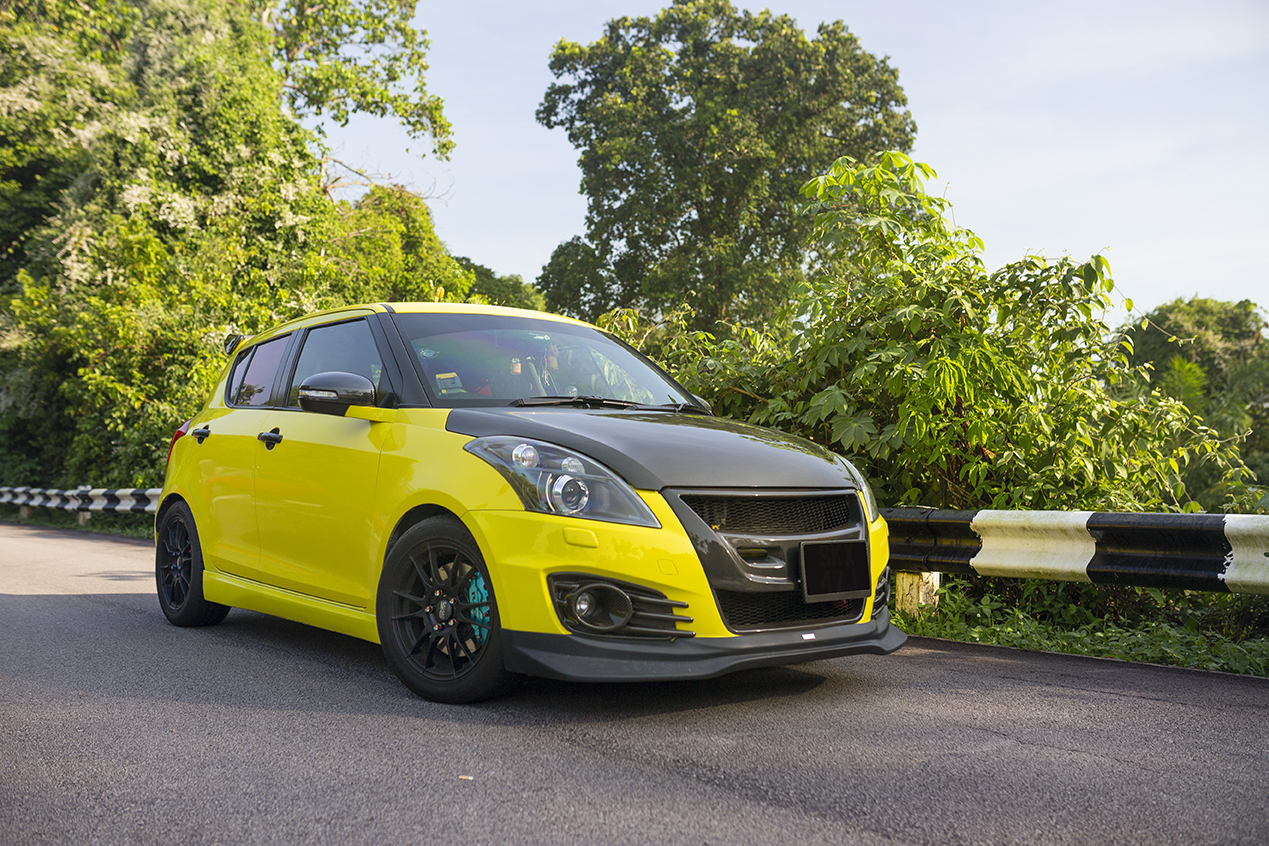 On the flipside, the second camp are the modification-mad; those that believe that anything and everything can be improved further. Body panels? Swap them out to carbon fibre units to save weight. Shock absorbers? Replace them with coil-over suspension for improved handling. The list goes on, but you get the gist. 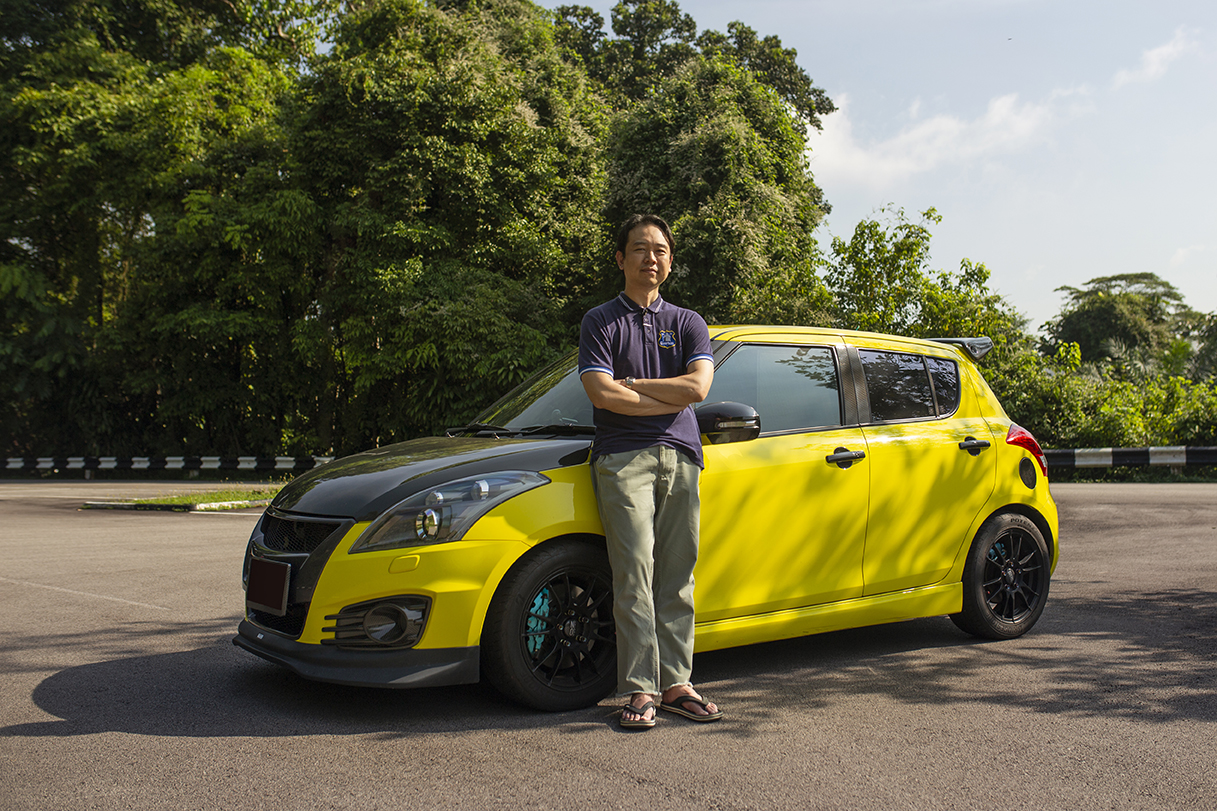 Gabriel, the owner of this second-generation Suzuki Swift Sport, falls firmly into the latter camp. With a lengthy modification list that spans the interior, exterior, and undercarriage of his car, Gabriel has one simple rationale behind it all – to make the car better than it was from the factory. 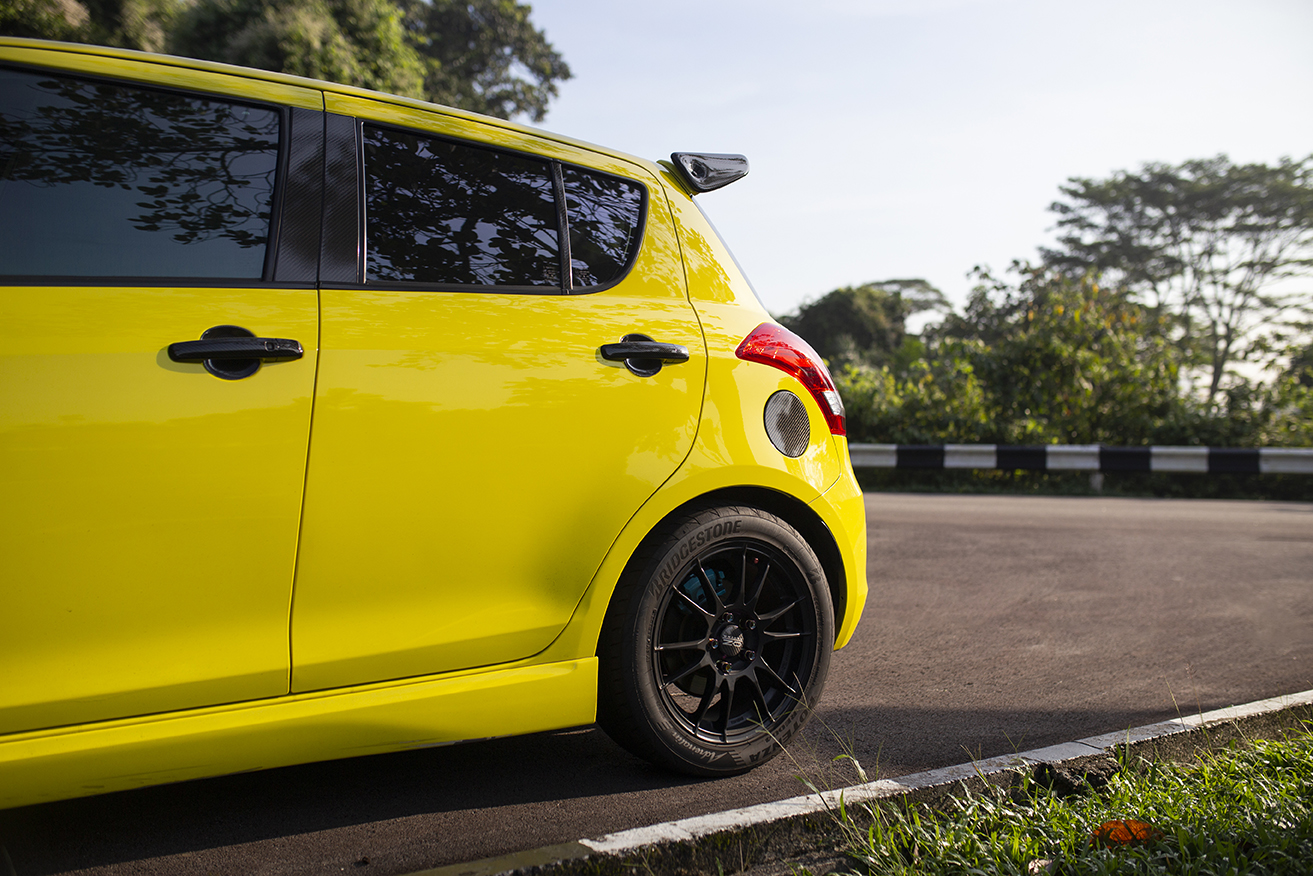 The Swift, as Gabriel admits, is a joy to drive, but he found it possessing some unlocked potential. Already known for being a great handling car, one of Gabriel’s first modifications to the car was a new set of wheels and tyres.

Used the POTENZA Adrenalin series since his first car

Having used the POTENZA Adrenalin series of tyres since his first car, Gabriel was sure that they would help unlocking some of that potential. As such, a set of POTENZA Adrenalin RE003 tyres were promptly sourced when he purchased the Swift in 2018. 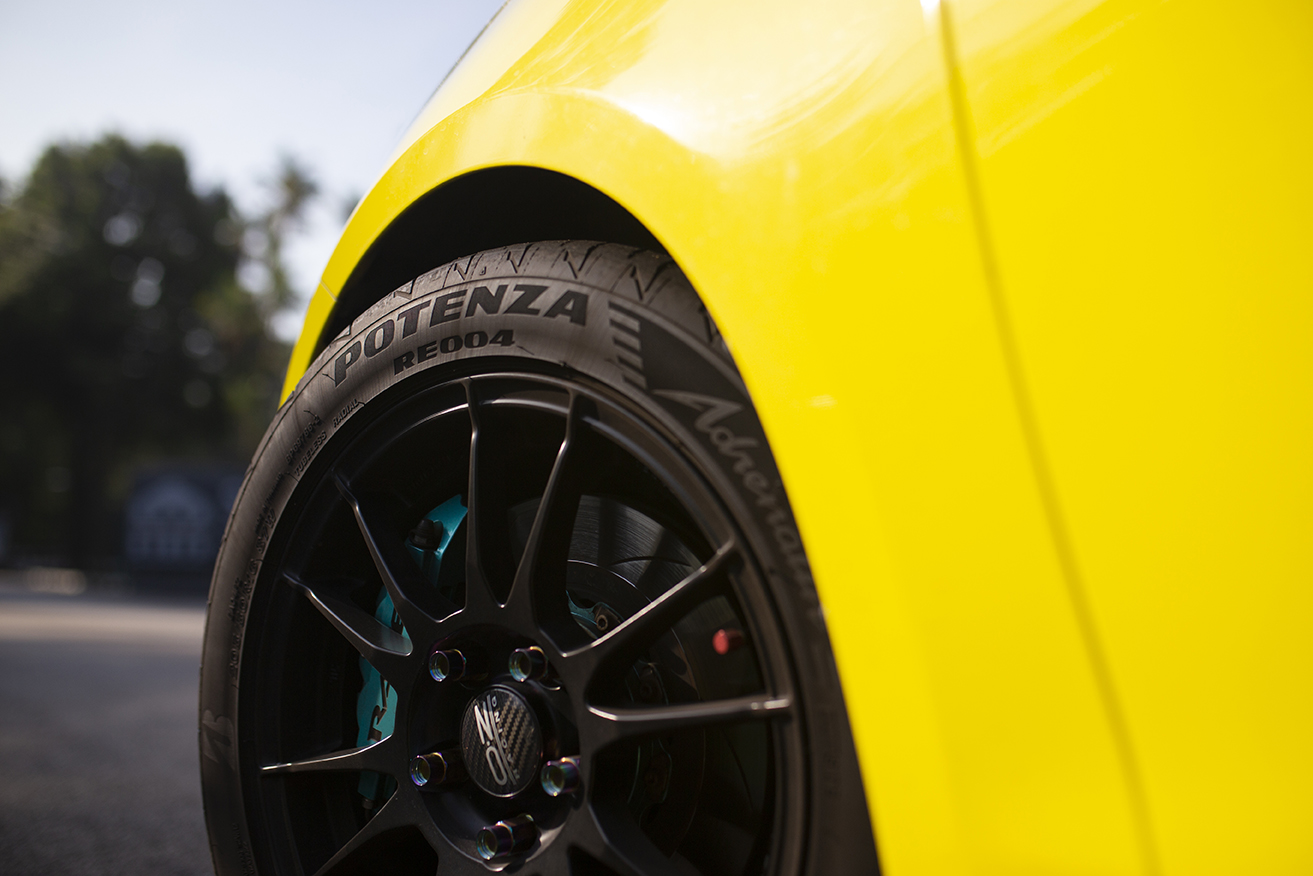 "I also love how wet performance has been improved (over the RE003) – even in a heavy downpour, I can still maintain the speed limit!”

“I like spirited driving, and the POTENZA Adrenalin RE004 suits me perfectly with its good road holding. I also love how wet performance has been improved (over the RE003) – even in a heavy downpour, I can still maintain the speed limit!” 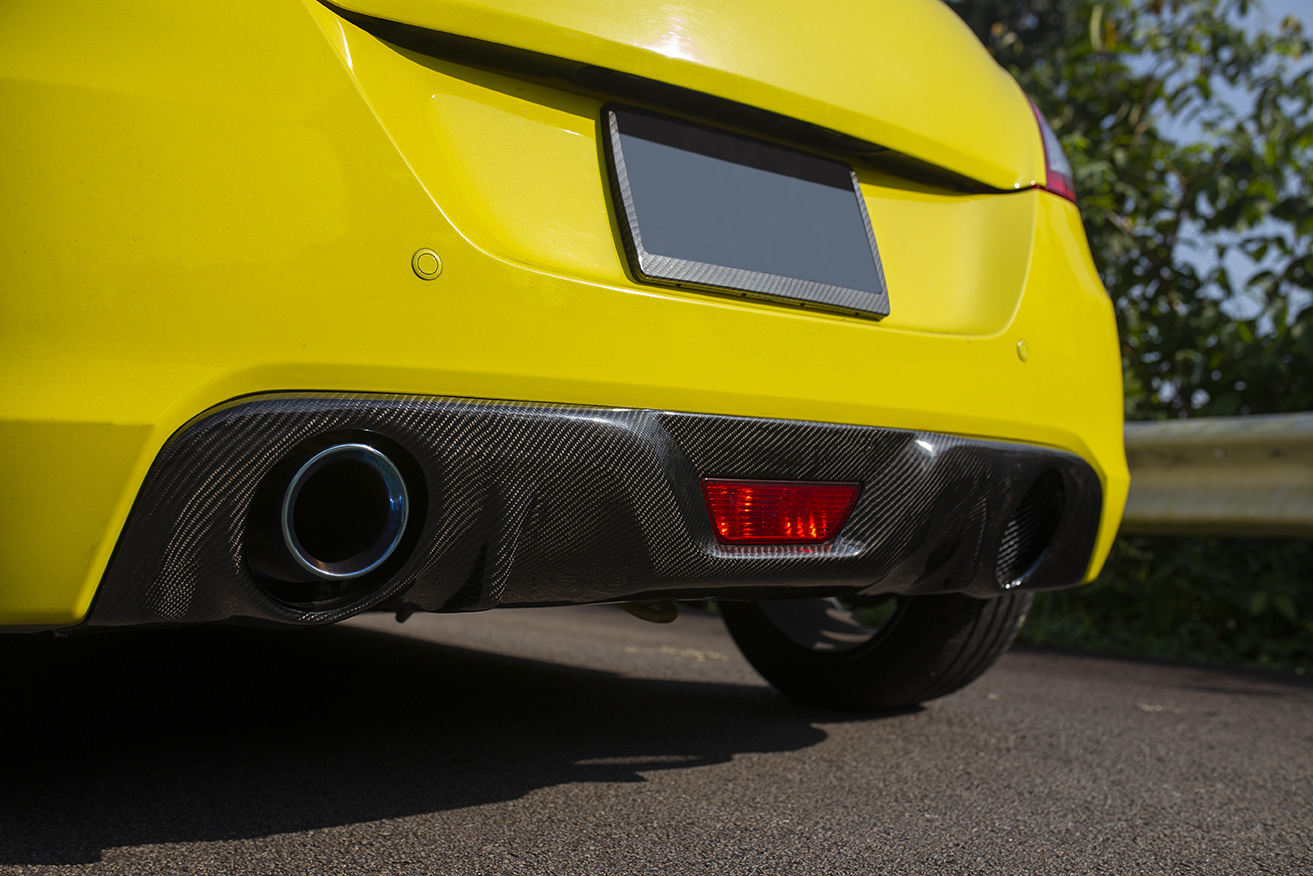 Gabriel’s journey in making the car better than it was from the factory began in the engine bay. Several goodies from Monster Sport have taken residence, with a Carbon Intake Kit taking centre stage. Next to the beautifully glossy carbon fibre intake box is a Monster Sport High Pressure Radiator Cap, and a red Monster Sport Battery Bracket. A high-performance intake requires a high-performance exhaust system to match, thus a Greddy Power Extreme R muffler was installed on the opposite end of the car. 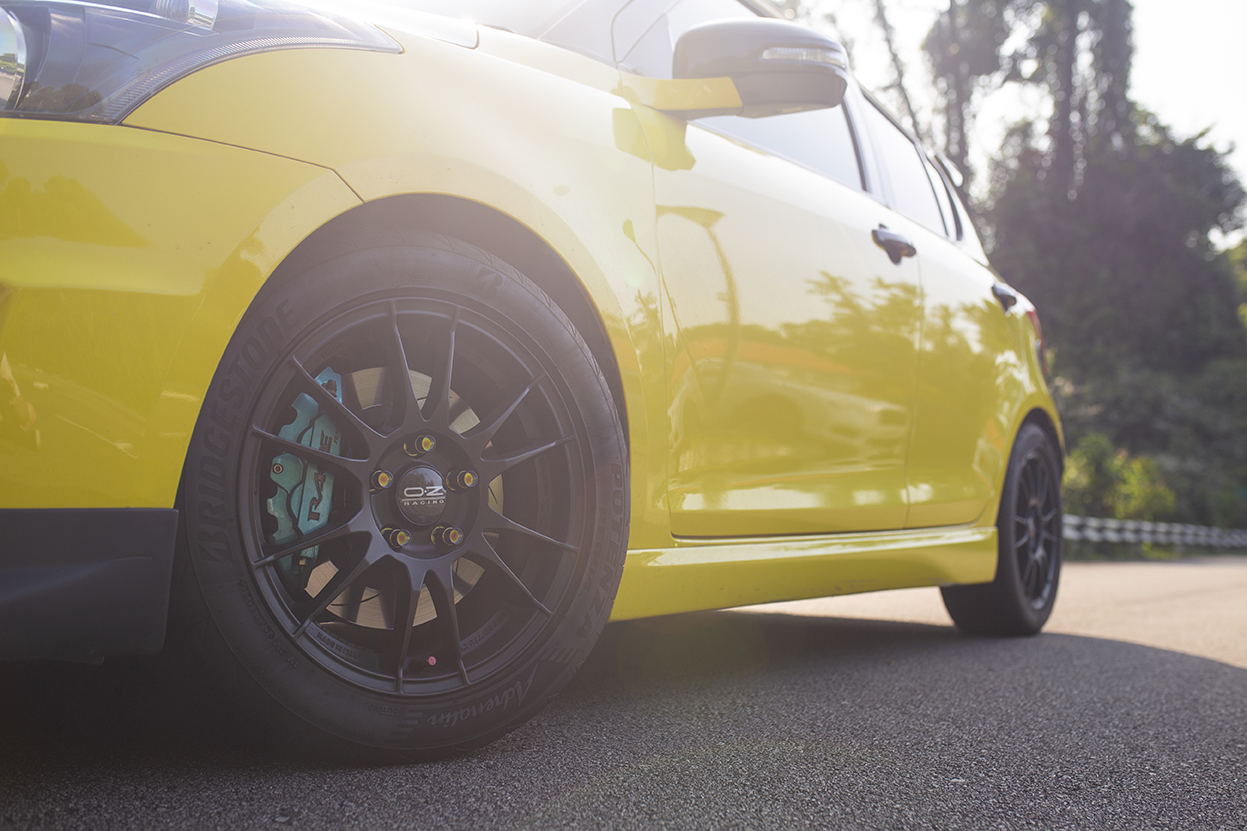 A spirited driver doesn’t overlook handling modifications, and Gabriel is no exception. For starters, the Swift now sits approximately 25mm lower to the ground thanks to a Monster Sport Low-Down Spring Set. Then, beneath the 16-inch OZ Ultraleggera wheels reside a RAGE Performance 4-piston Big Brake Kit for maximum stopping power. To fully exploit the benefits of all these modifications, a rigid collar kit has also been added to reduce free play in the chassis.

With all the performance and handling modifications done and dusted, it was pertinent that the Swift looked as fast standing still as it does on the move. For that, the exterior of Gabriel’s Swift is tastefully garnished with selected carbon fibre parts sourced from Japan.

The largest and most obvious is the R’s Racing Service carbon fibre bonnet, paired with the single-piece Monster Sport Carbon Radiator Grille. Keeping them company is a set of GT-Dry carbon fibre fog lamp surrounds, and a Greddy front lip spoiler to round off the front end modifications. 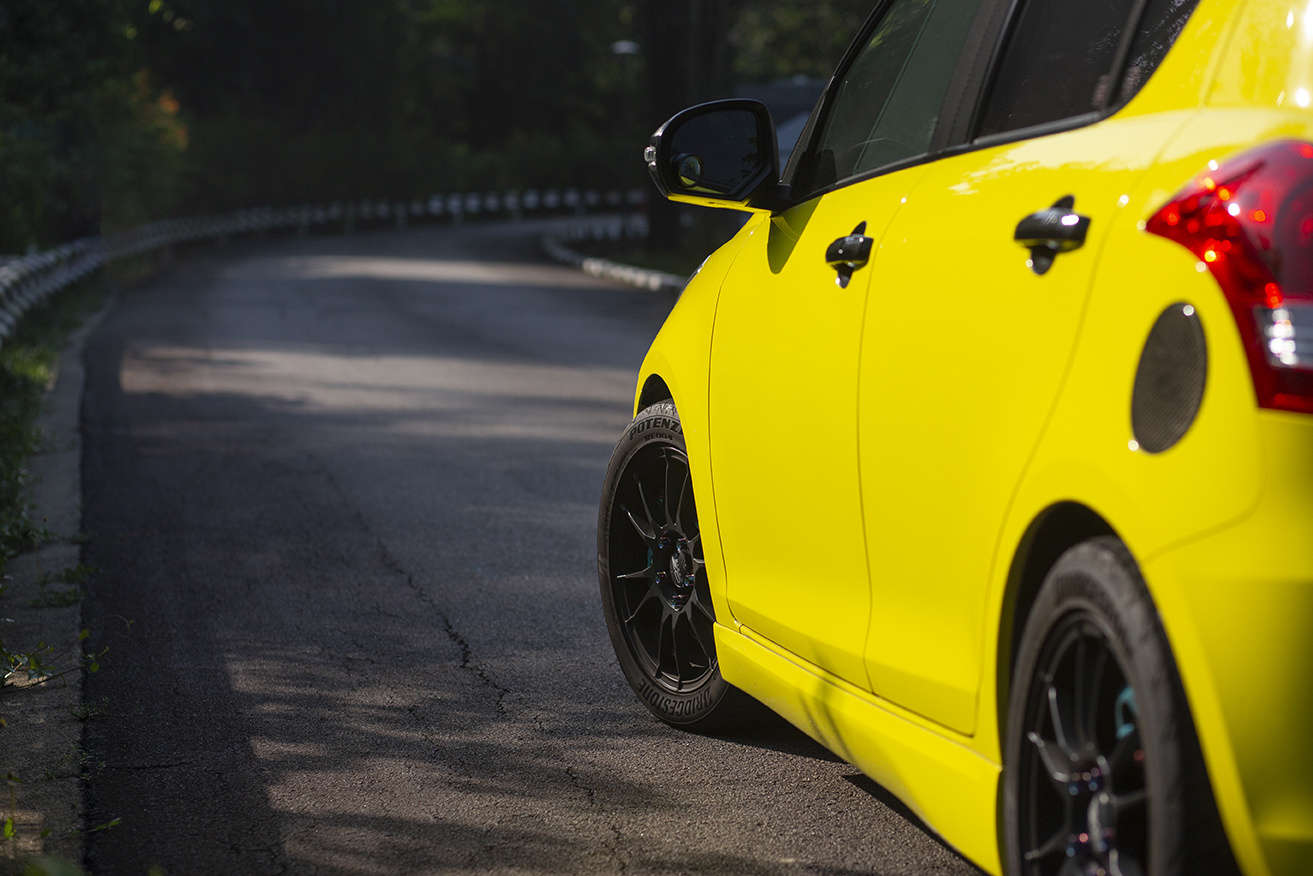 Those with sharper eyes will notice more carbon fibre parts making an appearance around the car. Gabriel has sourced carbon fibre covers for the wing mirrors, door handles, and even the fuel door – a testament to his obsession with the material. 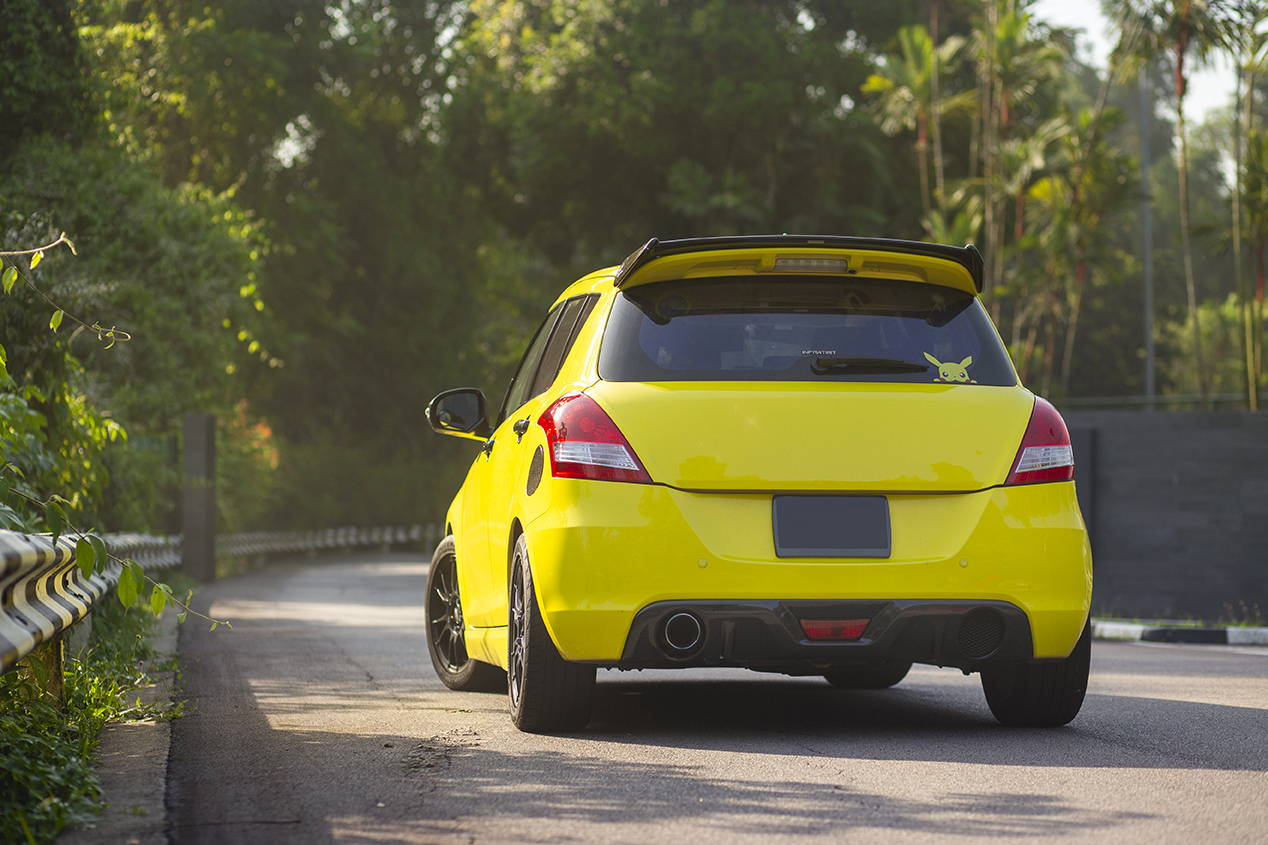 Inside the cabin where a lot of time is spent, there’s also a touch of carbon fibre, in the form of trim pieces overlaid on the centre console and speedometer cluster. Interestingly, Gabriel has opted to replace his original seats with a set of Recaro semi-bucket seats from the previous-generation Swift Sport.

an extension of his personality

To Gabriel, his trusty yellow Swift is more than just a car, but an extension of his personality. In the process of enhancing the Swift to be better than it was from the factory, it’s enhanced his life – thanks to the people he’s met during the journey. 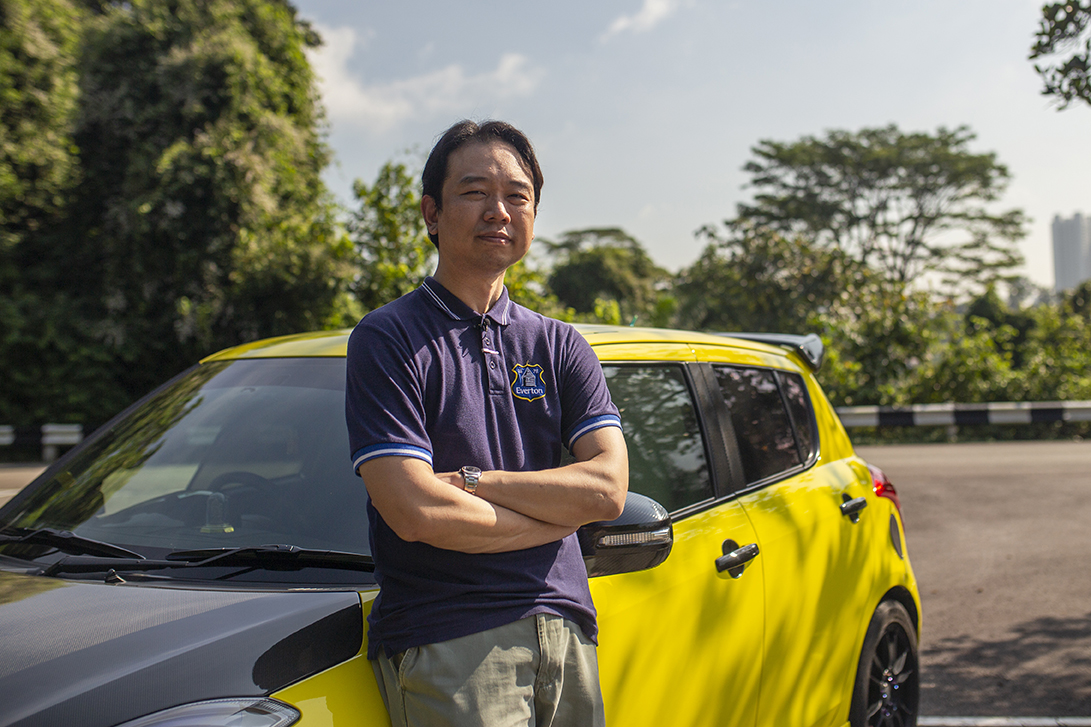