In brand-conscious Singapore, the compact executive sedan segment is a large – yet rather hotly contested – slice of the new car buyers’ pie. Stalwarts in the segment are the models that offer a premium badge up front, such as the BMW 3 Series and Mercedes-Benz C-Class.

One commonality in the compact executive segment is the ability to balance performance and comfort. Most models, including the two aforementioned ones, offer drivers the newest luxury features, paired with an engaging chassis. They’re thus seen as the family man’s sports car; with their ability to haul the family around, while indulging the driver when they decide to partake in some spirited driving. 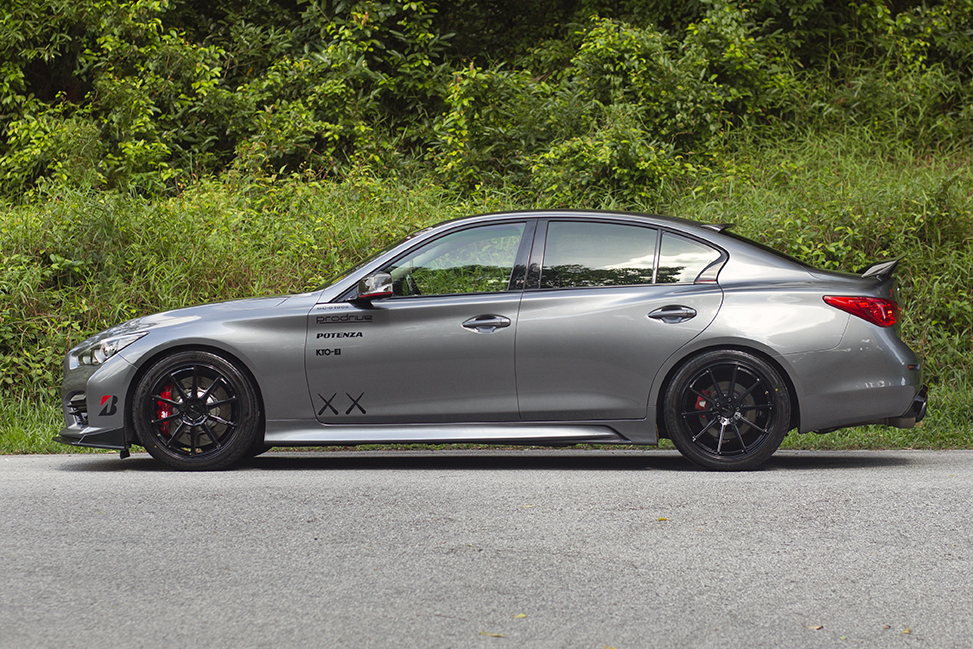 The key to their positive driving dynamics lies largely in the drive layout. With the exception of some models such as the Volvo S60, most compact executive sedans offer a front-engine, rear-wheel-drive layout. Also known as the ‘FR’ layout, it offers better weight distribution with the drive components spread across the front and rear – allowing the car to turn and stop better. 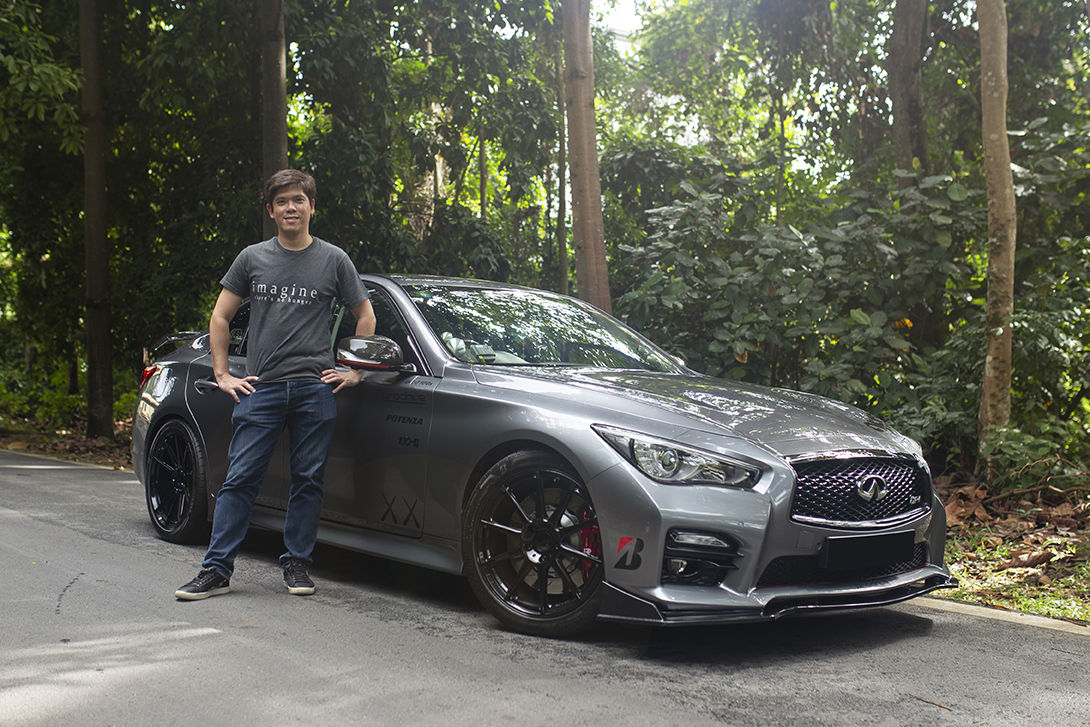 This Infiniti Q50 here belongs to Dominic, a petrolhead with a long ownership history of Japanese sport sedans. On his car search three years ago, Dominic had two key criteria – it had to have a rear-wheel-drive layout, and be powered by a 2.0-litre engine. 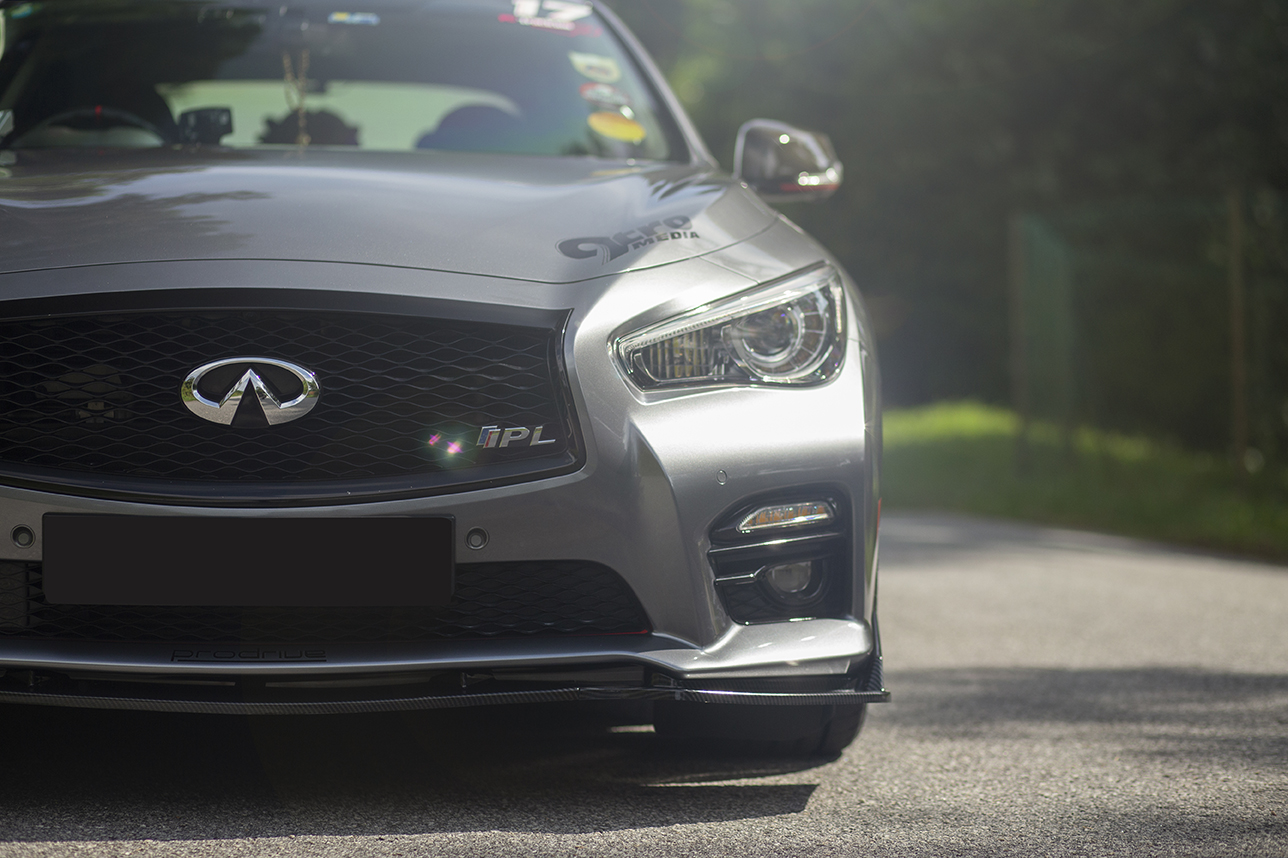 Dominic’s Infiniti Q50 is a new model that serves as a replacement for the G37 sedan, a model which was never officially sold in Singapore. Interestingly, the Q50 is powered by a turbocharged 2.0-litre ‘M274’ engine and mated to a 7-speed ‘7G-Tronic’ automatic transmission – both of which usually see service in Mercedes-Benz models.

The reason why this Japanese sports sedan has a German heart within, is the result of a strategic partnership in 2010 between Nissan Motor and Daimler AG, the parent company behind Mercedes-Benz. This alliance was inked by the manufacturers in a bid to cut costs, after the 2008 global financial crisis impacted worldwide car sales. 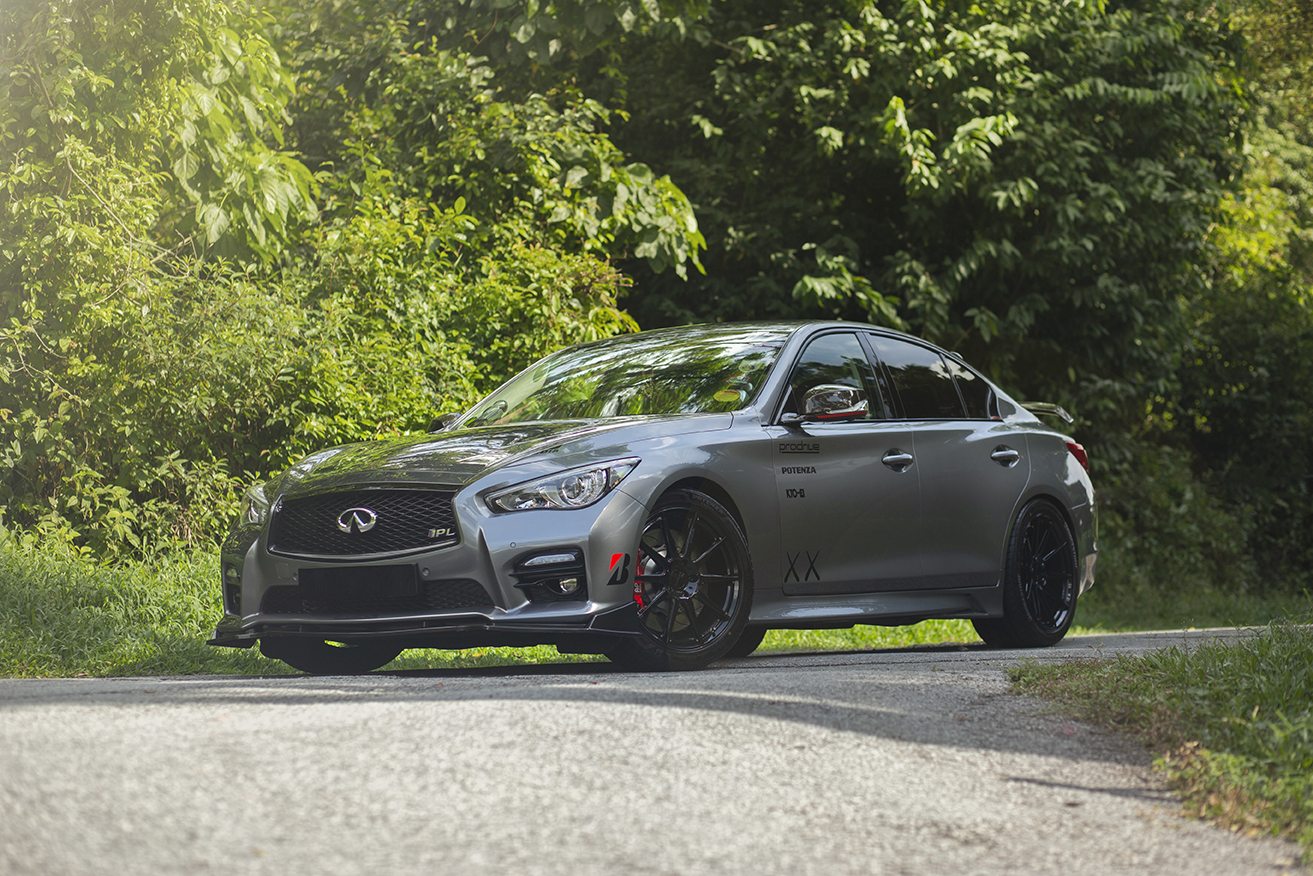 In the three years of ownership, Dominic has customised his car with a long list of modifications to make the already-muscular Q50 more aesthetically attractive. An ardent supporter of the POTENZA range of performance tyres, this is Dominic’s fourth set to date, having used the POTENZA Adrenalin RE003 and POTENZA S001 prior.

“My POTENZA S007A have been reliable, speedy and responsive, and I love the grip capabilities in both dry and wet weather!”

Aesthetic modifications on the exterior of the Q50 include multiple sleek carbon fibre bits, such as the three-piece front lip, wing mirrors, rear wing, and roof spoiler. The body-coloured aerodynamic side skirts have been sourced all the way from Japan, manufactured by longtime Nissan tuner IMPUL.

The Q50 isn’t all show and no go, though – an ARMA Speed carbon fibre intake kit helps the turbocharged engine breathe better, while an LTA-approved Tanabe Medalion Touring improves exhaust flow and gives the car a deeper exhaust note.

Inside the cabin, Dominic has added a carbon fibre sports steering wheel for better grip during spirited driving, as well as Defi gauges to monitor vital engine statistics.

a petrolhead and automotive enthusiast

As a petrolhead and automotive enthusiast, the joy of car ownership for Dominic isn’t just in owning and modifying his car, but the camaraderie and friendships forged during the process. 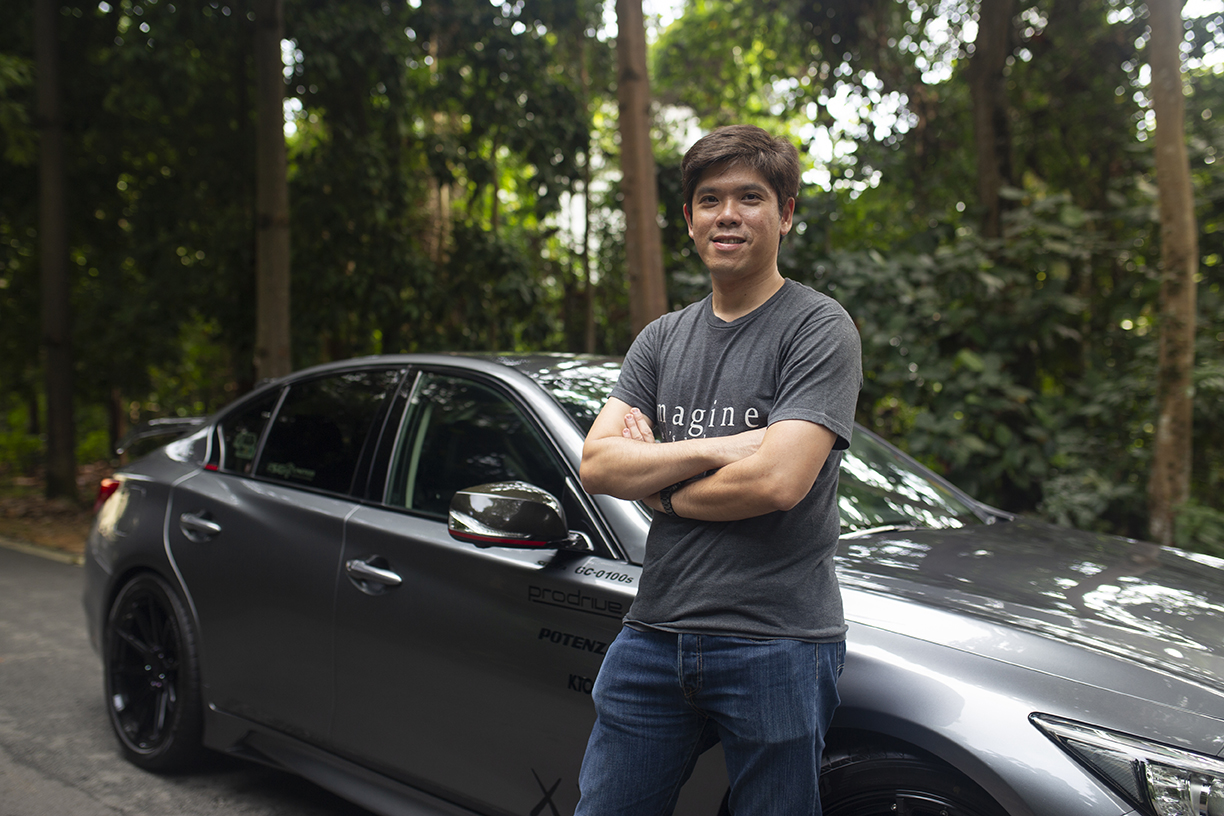 This spaceship-like hatchback, on POTENZA RE-71R, is like nothing else on the road.